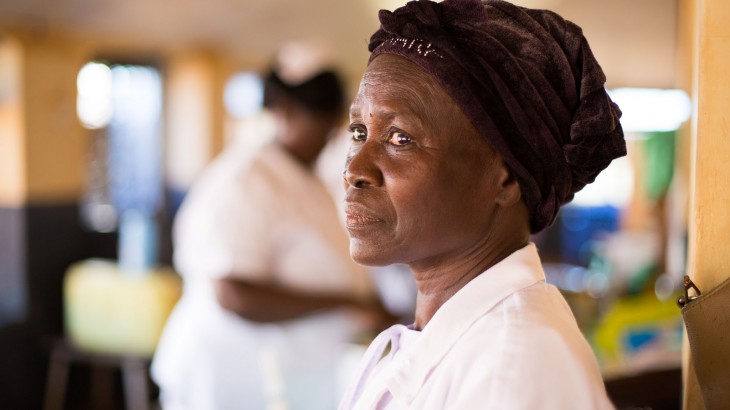 A man storms into the operating theatre. He is angry and carrying a gun. His wife just died while giving birth despite all efforts by the doctors to save her. He raises his weapon and starts shooting.

Rita Dominic Kiyawa tells her story as if it happened yesterday, even though four years have passed since the attack on Wau Teaching Hospital (WTH), where she has been working as a nurse since 1989. She likes her job, but after witnessing an attack that could have taken her life, she almost resigned from her career that she considers her destiny.

Rita remembers the face of the man -- both hurt and angry -- that day in May 2013. He was the husband of a pregnant woman who had just passed away. He claimed that the staff at the hospital had killed his wife and the unborn child, and he wanted revenge. 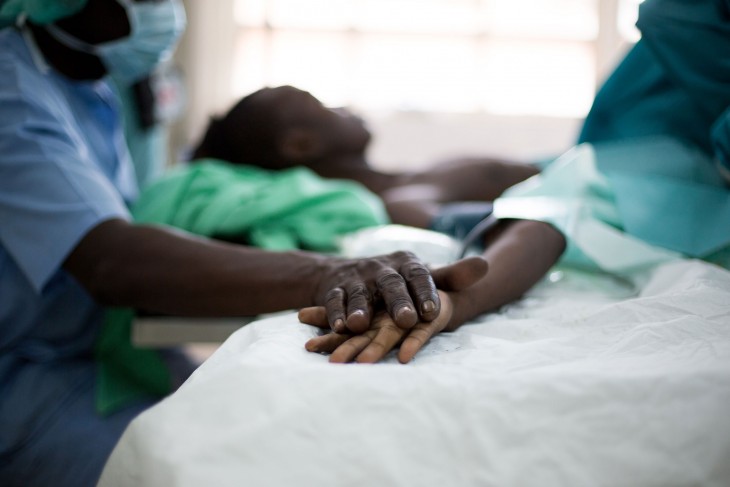 "The woman was bleeding and she reached the hospital too late to be saved," Rita explains. But the husband didn't believe what the doctors told him.

The man shot and killed an assistant doctor and injured two others. "Every time a patient dies, we fear what can happen. We are afraid because people might think that we killed the patient," she says.

This kind of danger is a brutal reality for health workers across South Sudan. Numerous attacks on health facilities are adding pressure on the already weakened health system. Attacks on medical facilities ultimately hurt the millions of residents with limited access to health care.

"Attacks on medical facilities are completely off limits. No one should fear for his or her safety while in the hospital. Medical centres should be life-saving places of refuge, not a battle ground," said ICRC President Peter Maurer, who recently visited the hospital. 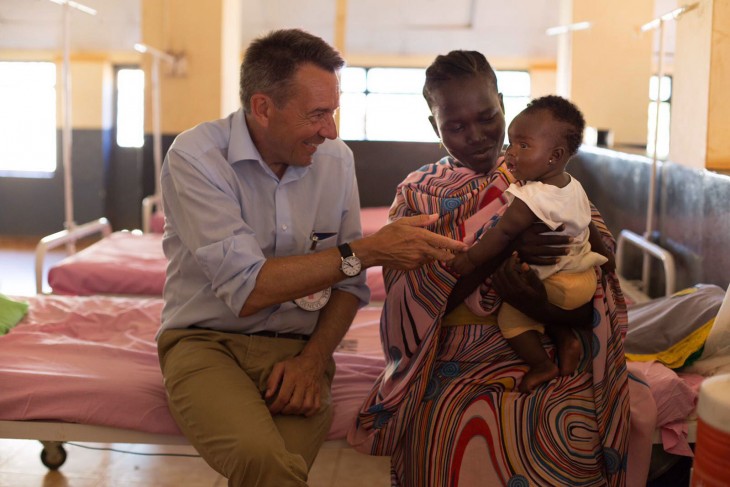 In response to the continuing clashes in and around Wau, the ICRC sent a five-person mobile surgical team to help with the medical needs at the Wau Teaching Hospital. The aim is to treat weapon wounded and surgical emergencies and at the same time build capacity for local staff and students. The ICRC has also implemented several measures to increase the passive security in and around the hospital, including a strict no-weapons policy and the presence of unarmed civilian guards.

Wau Teaching Hospital is one of only two functioning teaching hospitals in South Sudan and is the referral center for a large number of primary health care centers in the region.

"Before the ICRC started working with this hospital, weapon wounded patients sometimes had to be evacuated to Juba. The travel could delay the treatment which could have a bad effect on the patients," said Barbara Turnbull, hospital manager for the ICRC in Wau. 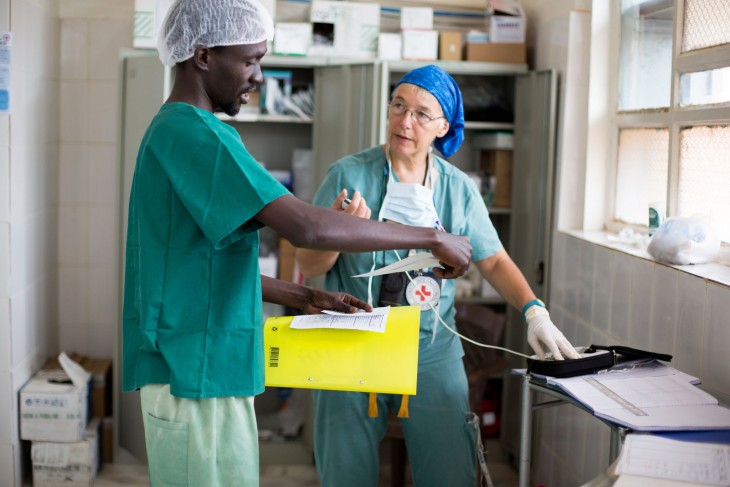 The ICRC has renovated the operating theatre and improved access to water at the hospital at Wau Teaching Hospital. In April, a mobile surgical team started operating on war wounded patients and emergency cases coming in from across the region. CC BY-NC-ND / ICRC / Mari Aftret Mortvedt

In addition to medical staff, the ICRC has renovated the operating theatre and improved access to water. "We are also planning to renovate the wards with electricity and running water. One of the key priorities for a hospital is to keep it clean, so this work is very important," Turnbull explains.

The ICRC is working to support of healthcare facilities in South Sudan to assist the wounded and sick people in opposition held areas as well.