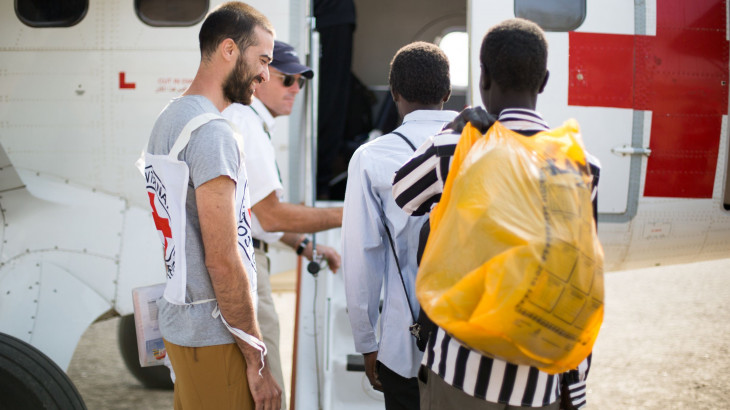 Juba/Geneva (ICRC) - The International Committee of the Red Cross (ICRC) facilitated the release of three people, including two Sudanese nationals, deprived of their freedom in South Sudan. They were released on 9 October 2020.

"Our role in this week's release was to ensure that these three individuals were handed over voluntarily and that they had the opportunity to confidentially share their concerns about their situation," said James Reynolds, the ICRC's head of delegation in South Sudan. "We safely transported them to Juba with the consent of both parties."

This marks the second release of detainees in Central Equatoria facilitated by the ICRC over the past year at the request of the relevant authorities, and the fifth since the signing of the latest peace agreement–the Revitalized Agreement on the Resolution of the Conflict in the Republic of South Sudan (R-ARCSS)–in September 2018.

An ICRC medical staff member was present at the release to assess their health condition and make sure they were fit to travel.

The ICRC regularly visits places of detention to monitor treatment of detainees and their living conditions. The ICRC seeks to ensure that the authorities can meet relevant national and international standards relating to treatment and conditions of detention through frank and confidential dialogue as well as improving infrastructure and other support where needed.