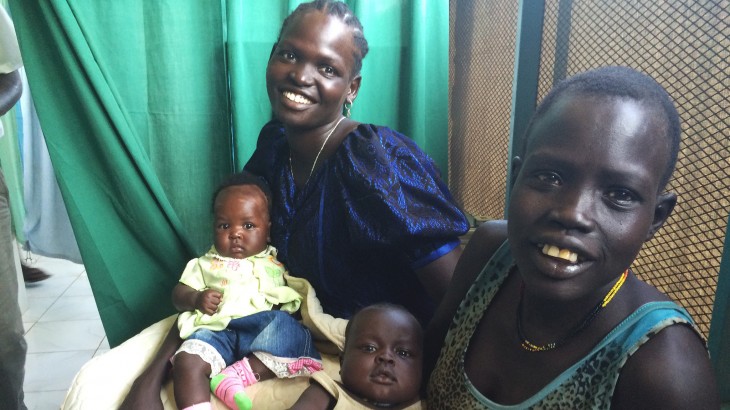 Two mothers smile during a check-up at the Maiwut medical clinic in South Sudan. Young mothers are able to get antenatal and postnatal care thanks in part to programmes sponsored by the ICRC. CC BY-NC-ND/ICRC/Antonia Lise Stokes

Giving birth in South Sudan is often dangerous and difficult. Medical care can be long distances away, forcing pregnant women to give birth at home or to travel on foot late in their pregnancy to a health facility – a hardship endured by 17-year-old Nyachang Banguot.

Traditional birth attendants in Nyachang's village of Thuok were worried that the girl's small stature – the teenager is just 1.5 metres tall – could turn a routine childbirth deadly for both mother and child.

So, as her pregnancy reached its full term, Nyachang set out on the six-hour walk to Maiwut, in the country's far northeast, close to the border with Ethiopia. She arrived on a Friday, received antenatal care by midwives, and delivered a healthy baby girl the next day.

Providing care in times of insecurity

The conflict that erupted in South Sudan in December 2013 has led to prolonged insecurity, massive displacement of people and a disruption of essential health care. The ICRC has been able to help by providing primary health-care programmes in five locations across the country, at Waat, Motot, Akoka, Kodok and Maiwut. 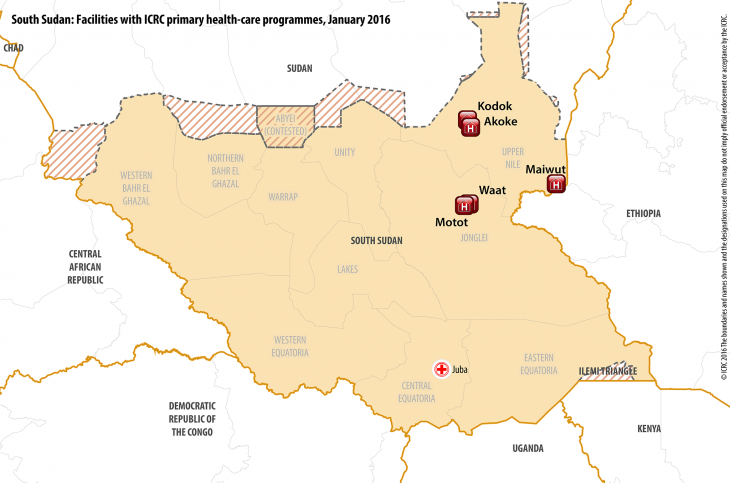 These facilities provide antenatal care, immunization, safe delivery services, post-natal assistance, family planning and outpatient curative consultations. Word has spread among nearby residents, and the health facilities have become increasingly busy. Between 2014 and 2015, ICRC delivered antenatal care to 6,700 women and assisted with 500 deliveries across the country.

Antenatal care was doubly important for 24-year-old Nyakuoth, from Bentiu. The mother of a two-year-old, she began attending antenatal care in Waat during the second trimester of her second pregnancy.

Nyakuoth had been left in the care of relatives by her husband who had travelled to Ethiopia. While on her own she made four antenatal care visits and received medical care for deworming, anaemia and malaria prevention, and was advised on diet, hygiene, breastfeeding, child-spacing (how much time to leave between pregnancies) and recognition of danger signs.

On 23 November 2015, Nyakuouth arrived at the Waat medical facility at 6 a.m. Five hours later she delivered twin boys weighing 2.9 and 1.9 kilograms respectively. Breastfeeding was initiated immediately and the babies kept warm. Later, however, she developed postpartum hemorrhage (a leading cause of maternal mortality) that was promptly managed by the midwives.

Nyakuouth was kept at the health-care facility for four days to monitor the bleeding, breastfeeding and the underweight twin, but she insisted that she return home to be with her two-year-old. 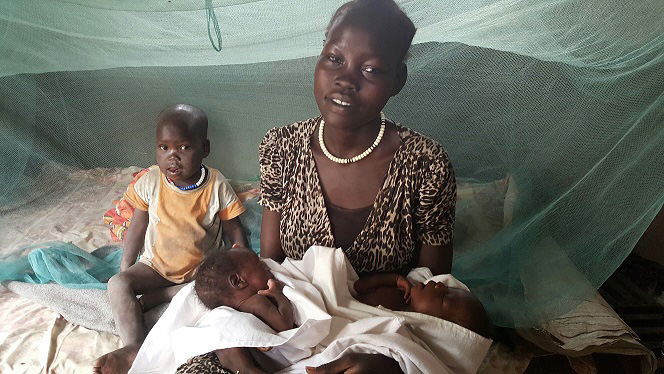 South Sudan. Nyakuoth with her family. Nyakuoth sits with her twins after receiving an at-home visit from a midwife associated with the Waat health-care facility, a programme that receives funding and technical assistance from the ICRC. CC BY-NC-ND/ICRC/Judith Barasa

"The health facility saved my life"

Back home, Nyakuoth and her twin boys received post-natal check-ups from a midwife, who asked the mother of three if she had ever heard of antenatal care before her second pregnancy.

"Yes," she said. "People went around the village and markets announcing that pregnant women should be vaccinated and checked to ensure that they and their unborn babies were OK."

The midwife also asked how Nyakuoth felt when she learned she was carrying twins. "Nervous" was the answer. 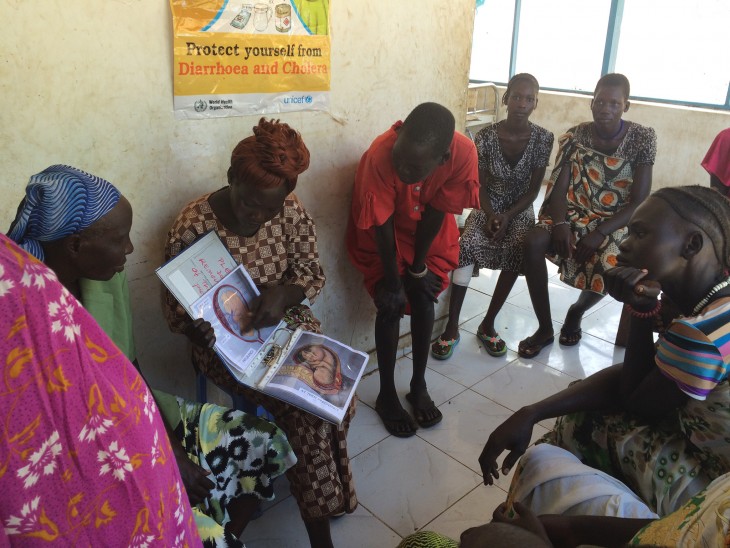 Roda, a midwife employed by the Maiwut County Health Department, holds a training session for traditional birth attendants in Maiwut, South Sudan. The ICRC supports programmes at the facility for pregnant women and new mothers to help improve the health of newborns. CC BY-NC-ND/ICRC/Antonia Lise Stokes

Finally, the midwife asked Nyakuoth why she thought it had been important to deliver her babies in a health-care facility. The complication of post-delivery bleeding provided an obvious answer: "The bleeding would have cost me my life if I was not in a health facility because my home is far away and it would have taken me a long time to get there."

"I am grateful for the health facility in Waat. It saved my life and those of my twin boys," she said.