Sudan / South Sudan: A family is reunited across borders 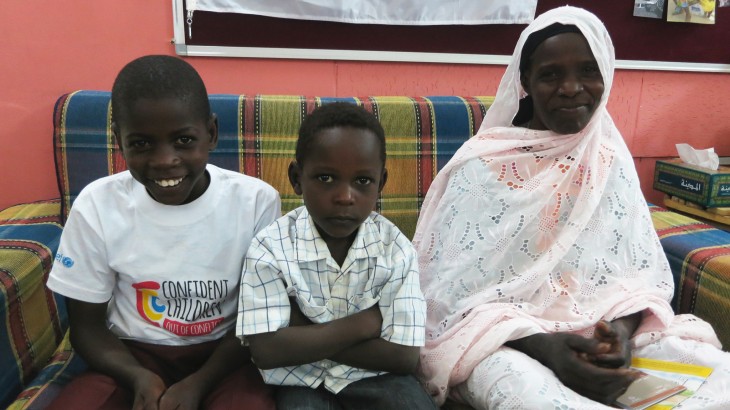 Amin*, a 13-year-old Sudanese boy, was separated from his family for more than three years. He left Sudan's White Nile state – where the family used to live together – in the company of his two older brothers and headed to South Kordofan state to join their father. Shortly after their arrival, conflict broke out, and the father and three sons fled to South Sudan. There, the father along with one of his sons embarked on another journey, leaving Amin behind with his other brother. Amin soon wandered off on his own and didn't see any of his family members again until he reached Juba, the capital of South Sudan.

The ICRC delegations in South Sudan and Sudan, with the South Sudanese organization Confident Children out of Conflict and the Sudanese National Council for Child Welfare, worked tirelessly to reunite Amin with his mother, and the rest of the family, in Sudan on 28 April 2015.

Locating people separated from their loved ones during times of conflict, and reconnecting them with their relatives is a vital humanitarian service provided by the ICRC. It involves finding people, reuniting families and seeking to clarify the whereabouts of missing people.

Working as part of a wider network of tracing services offered by the ICRC delegations and national Red Cross/Red Crescent Societies in the region, the ICRC is able to assist families who have been separated across borders. 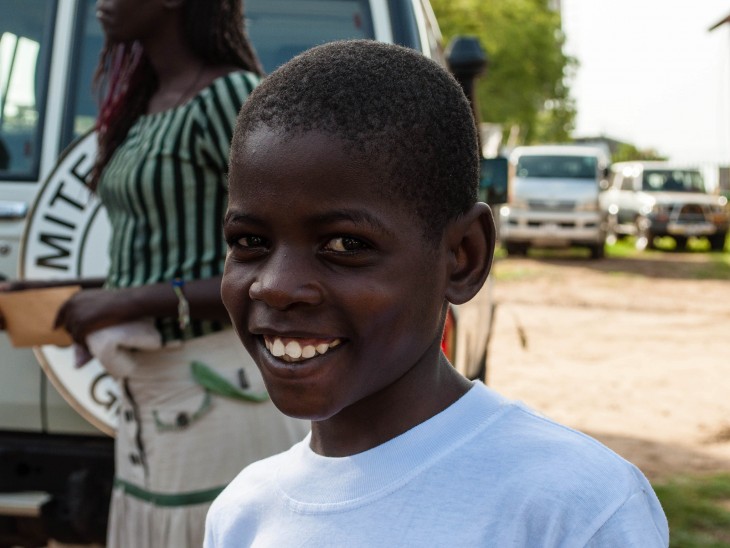 Amin* leaving Juba for Khartoum, in Sudan, where he will be reunited with his mother. 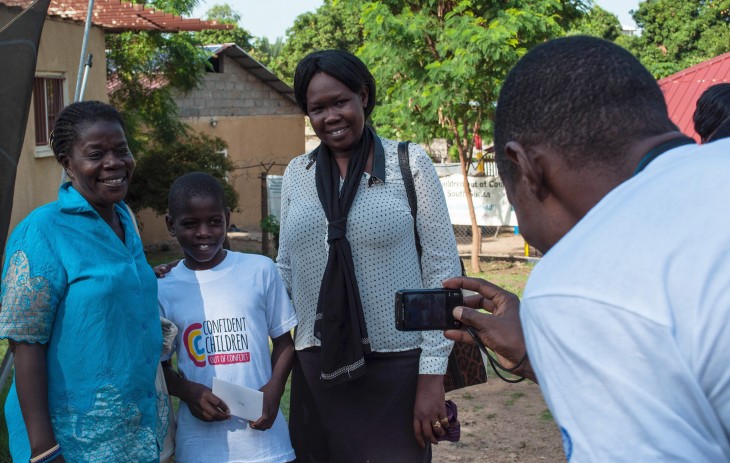 Amin poses for a farewell photo with the staff of Confident Children out of Conflict, with whom he has been living in Juba over the past year. 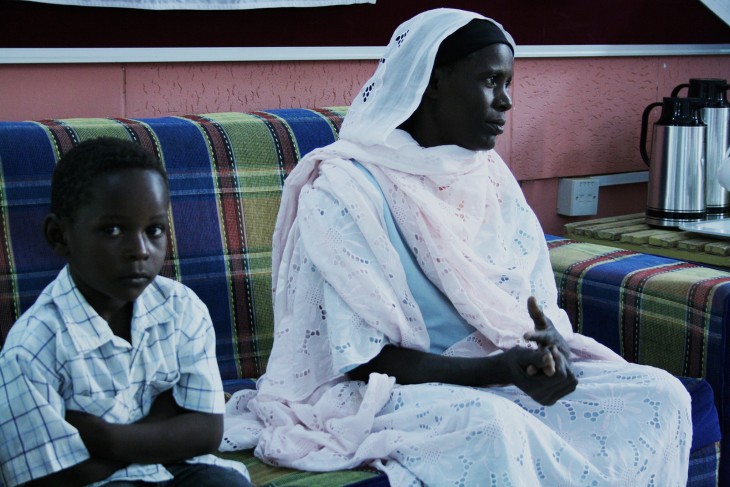 Meanwhile, Amin's mother Medina* and her youngest son, Mazin*, arrive at the ICRC office in Khartoum, Sudan, an hour before Amin's flight is scheduled to land. "Mazin has never met him. He was a baby when Amin left," says Medina. 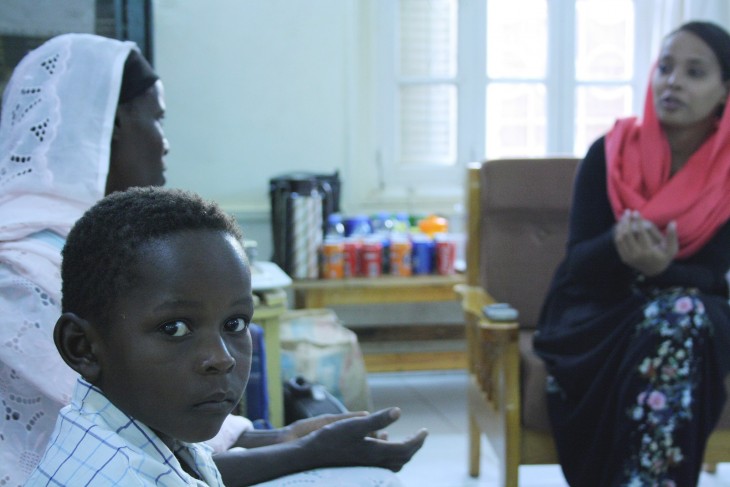 Medina: "I was not expecting to see Amin. I didn't know if I would as South Sudan is far away and we do not know people there." 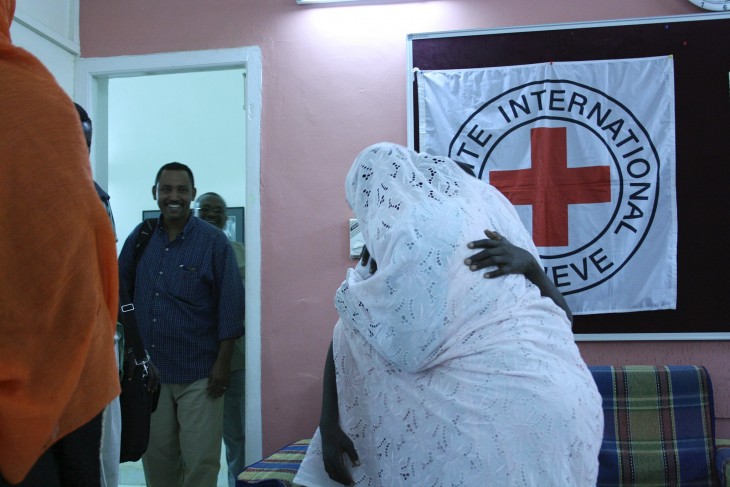 Medina: "I prayed to Allah to grant me patience, to make me patient." 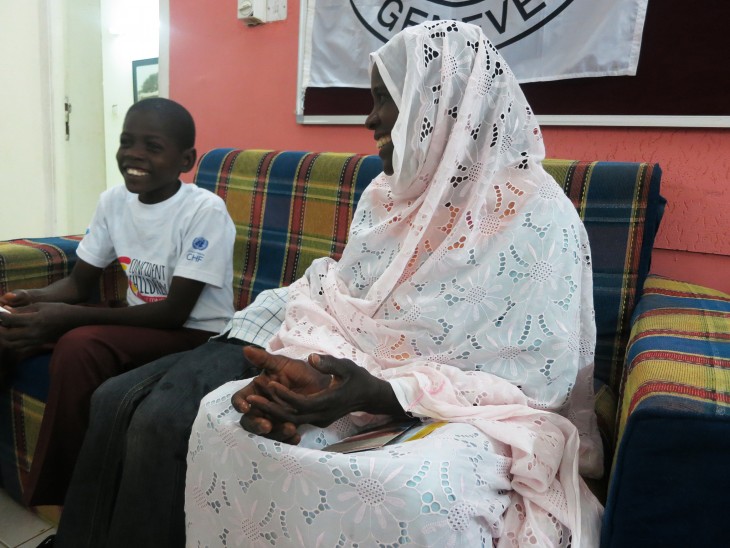 Medina: "When I first found out that Amin was coming home, I was so happy I couldn't sleep that night. Yesterday I couldn't sleep either. I got up at dawn and prepared our belongings for the trip [from Kosti, White Nile state to Khartoum]. I was waiting for the sun to come out so we could start our journey." 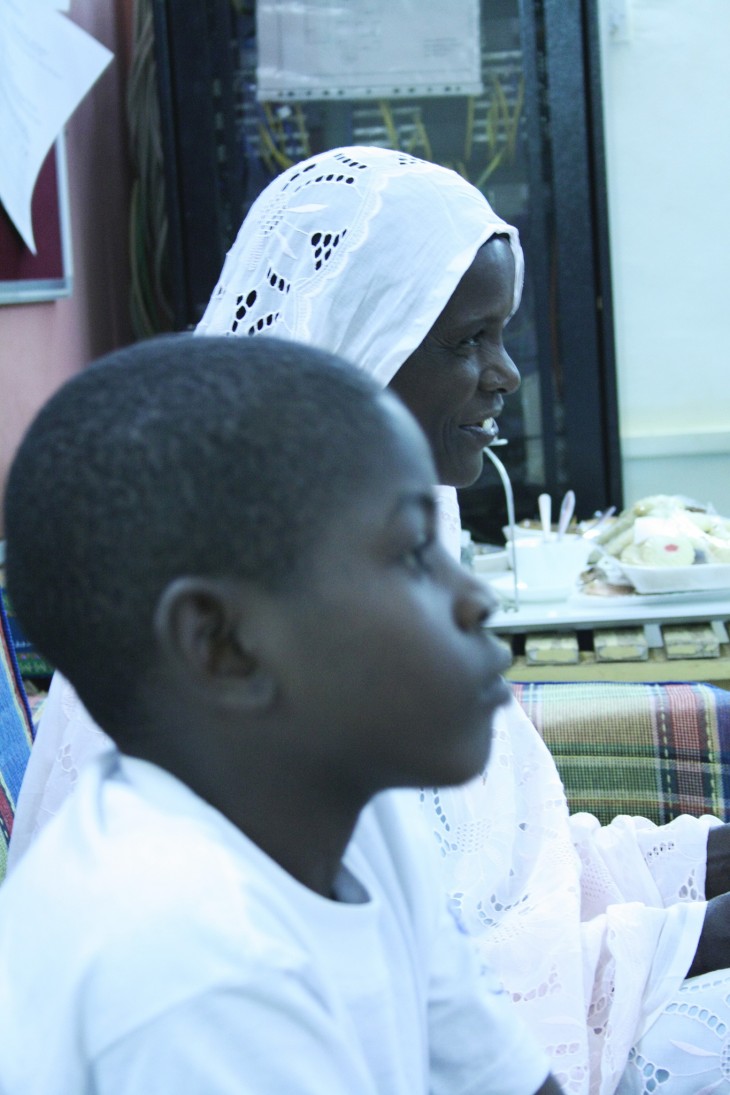 Medina: "I often remember the times we would go to the market together. Amin would say to me, umi [mother] when I'm older I will build you a big house, I will buy you a car and take you wherever you want. You will not struggle." 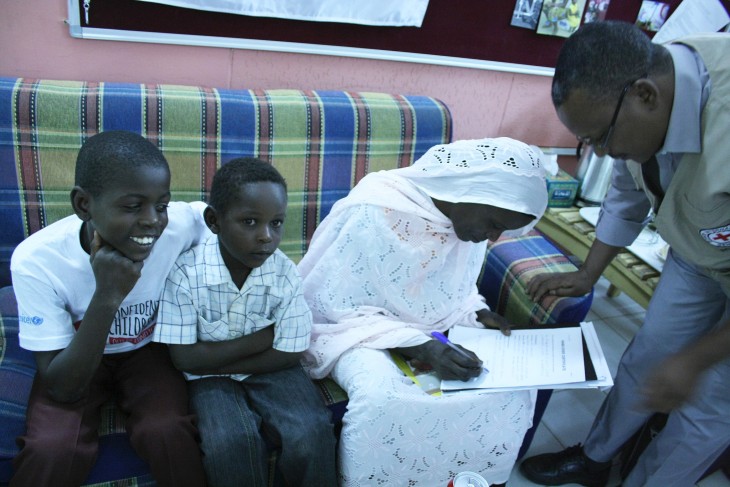 Amin: "Now, I am happy because I came to my mother. So that I will never be without a mother or father." 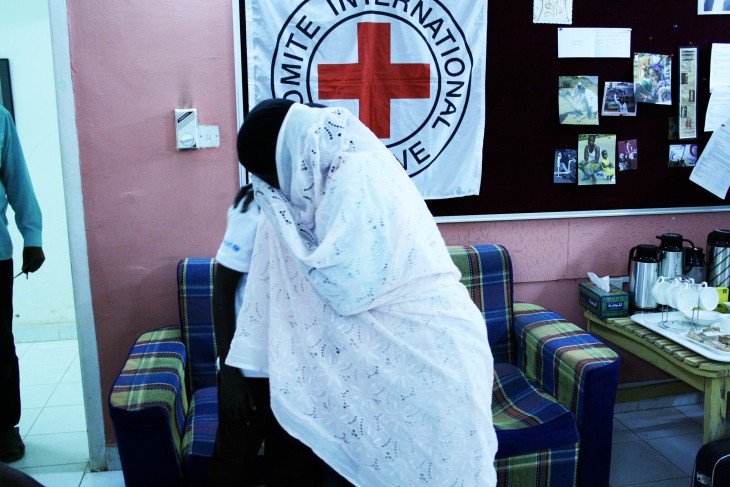 Medina's message to the mothers waiting for their children to come home: "I would tell them, come with me, there is a place I would like to take you to – the ICRC." 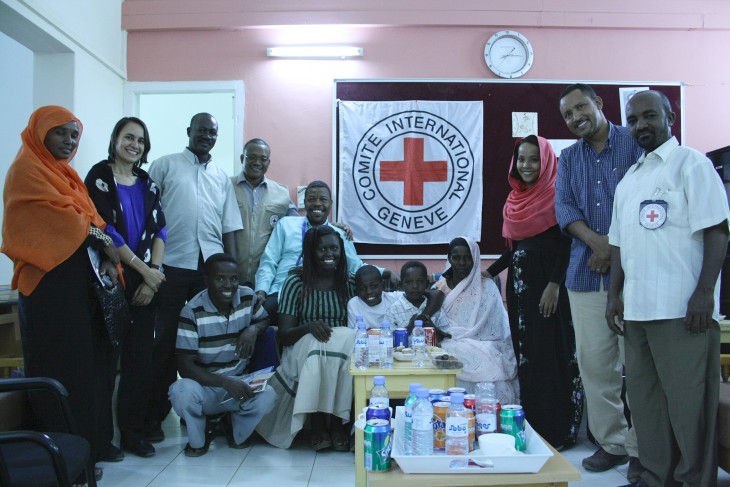 Amin with family and friends, representatives of the Sudanese National Council for Child Welfare, and ICRC teams from Sudan and South Sudan. 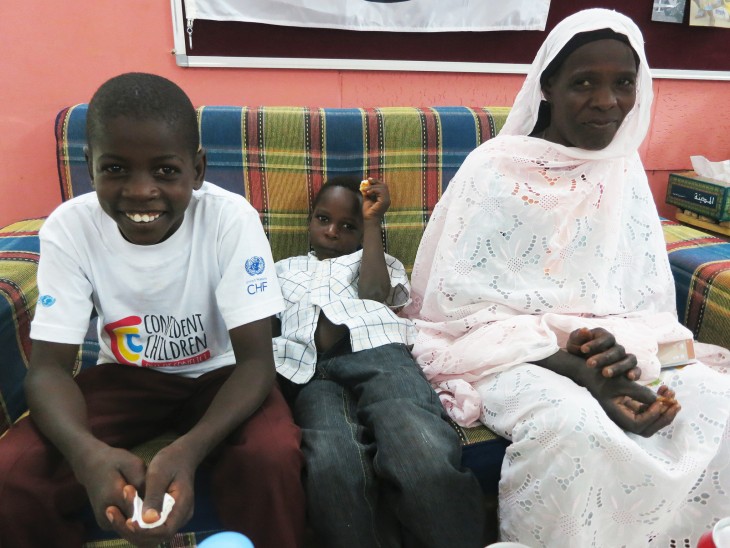 Medina: "I hope that my other two sons and husband come home soon."