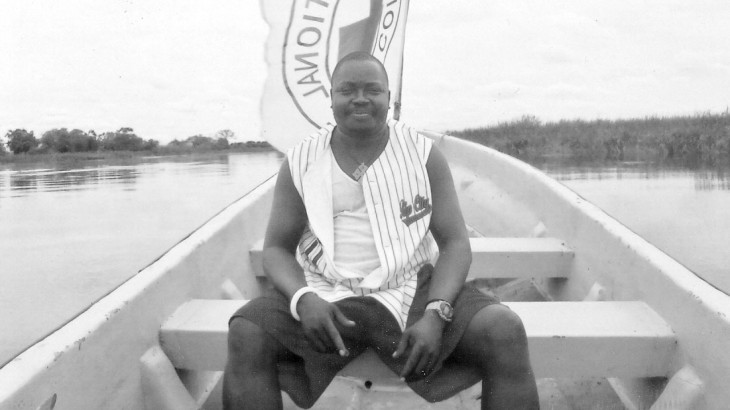 Lukudu Kennedy Laki Emmanuel was killed 8 September when an ICRC convoy of trucks was shot at. CC BY-NC-ND / ICRC

On 8 September, Lukudu Kennedy Laki Emmanuel, was killed in the line of duty in South Sudan. Kennedy, a truck driver at the ICRC, was out delivering essential goods when the convoy of trucks came under fire.

Kennedy's tragic death has left his family and friends in shock.

We asked Kennedy's friends and colleagues at the delegation to share their memories of an ICRC colleague who helped deliver assistance to communities in need.

Safi John Jamba, an ICRC truck driver for six years: Kennedy was not just another colleague for me – he was more like a brother. I've known him since we were kids growing up together in a camp in Uganda. We may have worked in different organizations but whenever we met, we got along like a house on fire.

My strongest memory of him: My first born and Kennedy's younger twin are both called Juma. He told me, "Treat him like he is also yours. Take care of both the Jumas." Until now, I never realized what he meant by it.

Kennedy was a fun-loving, soft-hearted and kind soul. He was always protective of me during our field missions together – cracking jokes along the way and always making me feel safe. The way he approached and spoke to armed bearers about the ICRC instilled confidence in me.

Isaac Lumago, an ICRC truck driver: Kennedy's enigmatic personality attracted a lot of friends. His social circle was huge. But once you became friends with him, he never forgot you. I would always be proud of the fact that I was his friend.

My strongest memory of him: Kennedy managed to create a friendly environment everywhere he went. He would even support his friends financially when they needed help.

Kuro Abusala Said, Kennedy's supervisor in the fleet department: Kennedy was an extraordinary person. I don't think anyone could ever hate him. Supervising Kennedy was the easiest thing, just like drinking water. "Sing a song as if you're going home," people say. I am sure Kennedy is at home.