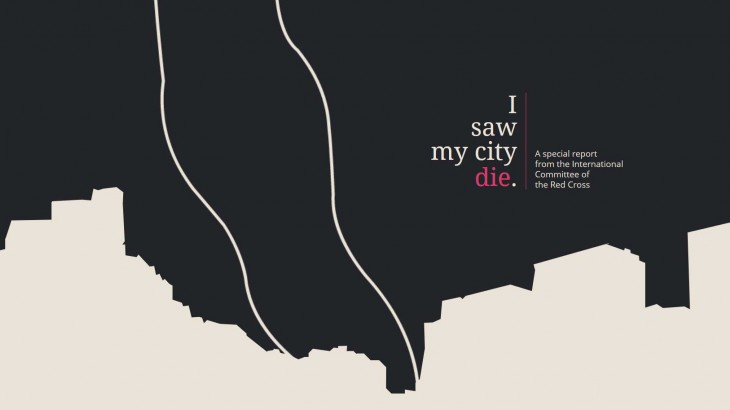 War is back in cities ... civilians are in the middle of it all once again.

The wars decimating the ancient cities of Mosul, Taiz, and Aleppo have contributed to the greatest global refugee and migration crisis since World War II.

Some 17.5 million people have been displaced in Yemen, Syria, and Iraq.

Eleven and a half million people — more than 3 people per minute — have fled their homes in Syria alone since the beginning of the war. More than six million live in ad hoc shelters or host communities within Syria, while nearly five million have left the country.

These numbers are staggering — but they only tell part of the story.

War is back in cities. These are the stories of those living through it : I saw my city die, a publication from the ICRC