Sudan: Aldoma and the four-hour trek to save his animals 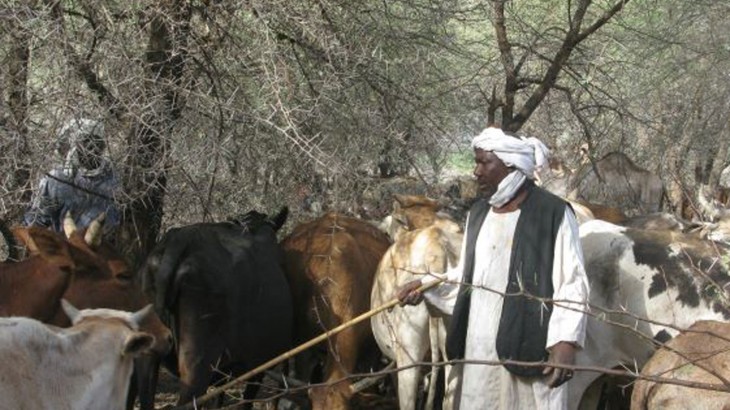 Aldoma leads his livestock to the vaccination point. The ICRC is working with the Ministry of Animal Resources to reduce livestock mortality and provide assistance to livestock owners. CC BY-NC-ND / ICRC / Sadiq El Bushra

Today, he is driving his cattle towards the vaccination point. Aldoma and his herd follow a path that meanders through a landscape dotted with dried trees. He and his animals can confidently navigate the deep valley a feat nigh impossible during the rainy season when it is overtaken by water. The scarce plantation appears to eke the little moisture left in this parched land, and the herd stirs up dust as they trudge on.

"I used to walk for four hours to reach a vaccination centre," Aldoma says, recounting his past efforts to get his animals vaccinated.

As he arrives at the vaccination point, he looks at his cows with a smile. He is pleased that the chance of losing his animals to disease has decreased since the long-suspended vaccination programme was restarted. The icing on the cake is that this particular exercise is taking place in his locality of Dar Asalam.

The ease with which his animals are now being vaccinated was not always so for Aldoma. He recalls how finding a nearby vaccination centre in the past was a challenge, particularly in the difficult roads of North Darfur State. Cattle owners in small villages in Dar Asalam locality often lost hundreds of animals annually as they fell prey to preventable diseases. The situation was made worse by the fact that these cattle owners preferred to stay in places far from the capital (Alfashir). By the time any of them would have managed to make it to the nearest vaccination centre in Kalimendo, some of their livestock would have died of preventable diseases. 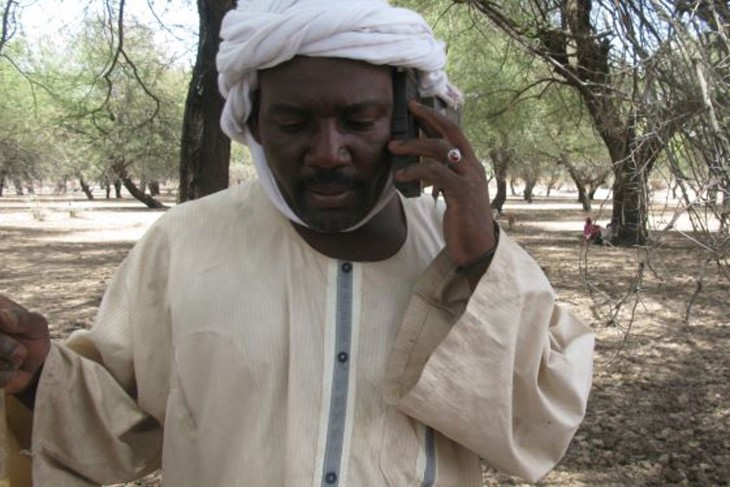 Aldoma makes a call to his fellow livestock owners asking them to bring their animals to be vaccinated. CC BY-NC-ND / ICRC / Sadiq El Bushra

Aldoma is one of the livestock owners who realised the importance of vaccinating his animals, and so he would brave the North Darfur heat and walk for almost four hours to reach a vaccination centre.

From 2013 to 2017, a large number of animals were reportedly killed by drought and disease brought about by the lack of vaccination programmes in the area. Aldoma recounts that although he came together with his friends to buy vaccines from the local market, they were often expensive and of poor quality. They spent a lot of money, but despite their best efforts, the animals continued to die as they lacked the expertise to properly administer the vaccines.

The ICRC restarted its animal vaccination programme after having been absent from the field for three years. Working in partnership with the Ministry of Animal Resources, it aims to reduce livestock mortality and provide assistance to livestock owners in areas affected by conflict.