Sudan: Overcoming the odds, becoming a champion of all 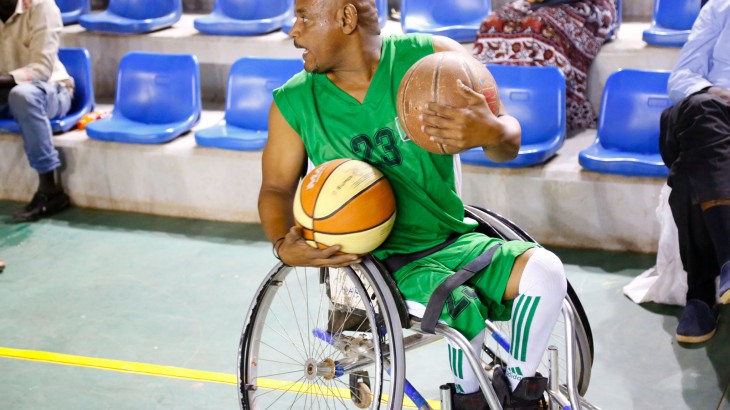 There was a boisterous atmosphere with an excited crowd that kept growing. Enthusiasts milled around the purpose-built facility scheduled to host the much-anticipated match between the Sudanese Wheelchair Basketball Team and their Libyan counterparts. They cut across various demographics – there were children, young people, adults, able-bodied persons and persons with disability – but all were united in their excitement and love for the game about to unfold.

They were all looking forward to watching a competition in a sport that was quite new to Sudan. Supported by the International Committee of the Red Cross (ICRC), it is a modest but important component in the process of ensuring and strengthening social inclusion for persons with disability in the country.

The venue of this particular game was Alrrabbi Youth Club in Omdurman, Sudan's second largest city, which lies on the western banks of the River Nile. The city is of great historical significance in Sudan's contemporary history and now had the honour of hosting the first organised international wheelchair basketball competition in the country. 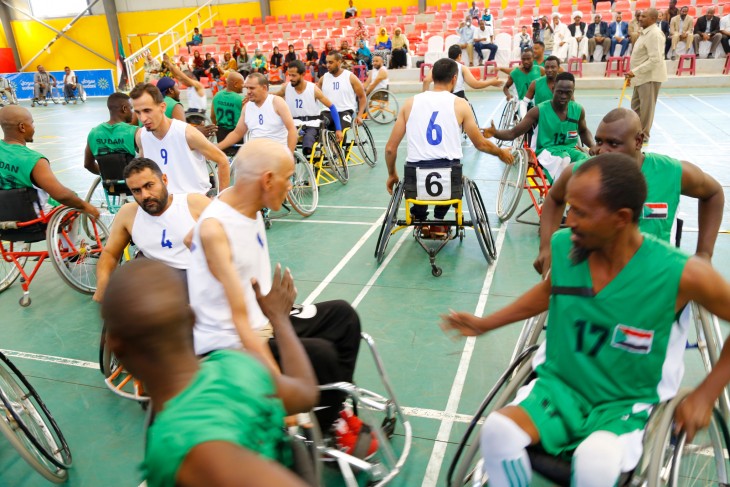 Players from the Sudanese and Libyan Wheelchair Basketball teams exchange pleasantries before the start of the game. CC BY-NC-ND / ICRC / Yousif Mohammed Wasaw

As the players of the two teams entered the court, the excitement of the crowd grew as they gave both teams and officials a rousing applause. The Libyan team received a welcoming applause upon their introduction, while the Sudanese team basked in the warmth of the overwhelming support given to any home team.

Many in the crowd eagerly looked forward to watching all the Sudanese players in action. However, one of these players occupied a special place. Marwan is no ordinary player – he is the captain of the team and its motivator in many respects. With the signal for the match finally given after all the pre-match formalities had been concluded, Marwan led the boys onto the court and inspired their play and challenge against their Libyan counterparts. At the end of the auspicious match, the home team had gallantly lost to an irrepressible and enterprising Libyan team by 18-77 baskets. 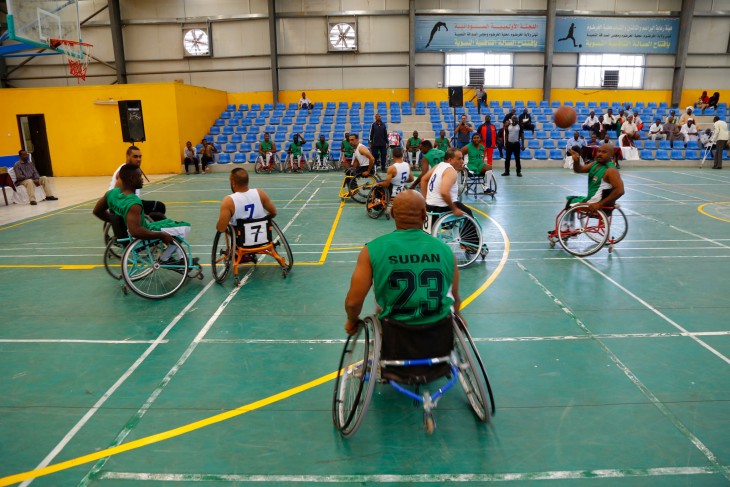 Marwan (in the number 23 jersey) waits for an incoming pass from a teammate. CC BY-NC-ND / ICRC / Yousif Mohammed Wasaw

With the victory ceremony over, and banters and salutations done away with, Marwan would, some days later, take time off to share his story. He began from what he could remember from his childhood days to his current life as a wheelchair basketball player, in addition to other things he does.

"I was not born disabled," he began. Tears trickled down his handsome face, as he went down memory lane recounting his childhood. "I was able-bodied for the first five years of my life," he said, now wiping off the tears. He looked around, taking in the ambiance and as he did so, one would notice that Marwan is youthful and with boundless energy despite having a disability in his right leg.

So what caused his disability you wonder? He relaxed as he continued recounting his story.

"It was caused by a medical error," he said. "They had given me an injection in my leg which would then cause my disability."

Marwan continued like this for years, until the ICRC-supported National Authority of Prosthetics and Orthotics (NAPO) provided him with a prosthesis.

"Together with our partners at NAPO Khartoum, we helped Marwan regain a great deal of his physical functionality through providing him with a prosthetic leg and trained him on how to use it," Imad Aldibee, the Project Manager of the ICRC's physical rehabilitation department confirmed.

Can Marwan recall what life was like before he got fitted with the prosthesis?

"Certainly," he affirmed. "Before the rehabilitation, I was a child with no friends. Only my relatives interacted with me. However after I had been fitted with the artificial leg, I engaged with boys and my father (who was a sportsman with Al Merriekh FC, a football club based in Omdurman) encouraged me to take up swimming."

Marwan seemed to pause, as fond memories of his childhood flooded back. "I totally loved and became addicted to this sport. It helped me to build my body." You could sense that the wide grin on Marwan's face could light a bulb!

Marwan not only took to playing sport, but he also learned other trades. For instance, when the motorcycle taxi (called Tuk-Tuk in Khartoum) was imported into Sudan, he saw great advantage in familiarizing himself with the vehicle. "I quickly learned how to not only drive it but carry out repairs on it as well. Today I help others to do so too and for free so that they can leverage their skills to earn an income," he said. 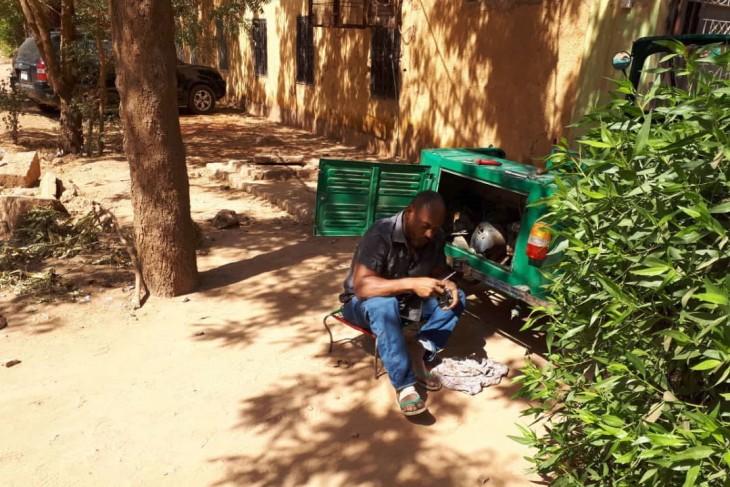 In addition to being captain of the first organized wheelchair basketball team in Sudan, he has the distinction of being the national hand wrestling champion of the country in both the able-bodied and disabled categories. This is no mean feat, for which Marwan is greatly respected by his peers.

In his life so far, Marwan has inspired so many persons with disability to go on and strive to live their lives to the full. His own story and commitment encourages them to show that they can make an effective contribution to society and to the economy of their various communities. These persons typify who Marwan is – a productive member of society who lives independently, generates income for himself and helps others through his charitable acts.

"Marwan has excelled and showed that disability can be turned into ability. He is a good example of ability, perseverance, and courage," Imad concluded.