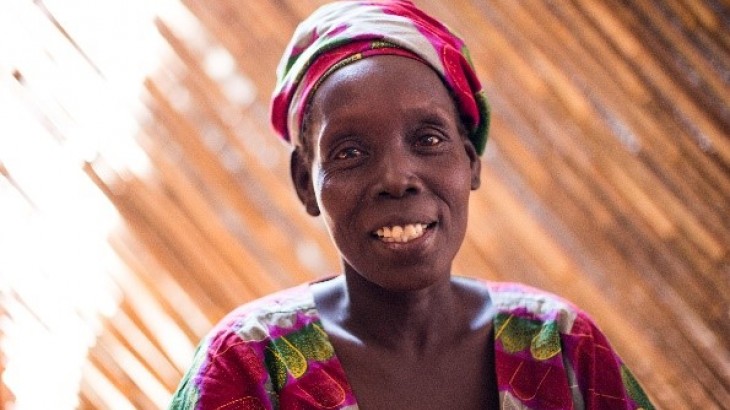 The unbearable mental health stigma facing people in conflict zones has been highlighted by the ICRC at a global summit held in London today.

Political leaders, experts and policy-makers have been gathering in the capital for the Global Ministerial Mental Health Summit.

The event, resulting in a political declaration to spur international action on mental health, coincides with World Mental Health Day.

Attending today's summit, Milena Osorio, the ICRC's lead clinical psychologist, said: "The world is waking up to a global mental health crisis, with people in war zones haunted by a frightening onslaught of conflict, sexual violence, torture, and grief over missing family members.

"To make matters worse, many face an excruciating choice over whether to seek help and be stigmatised – or to continue suffering in silence.

"Today's summit will help to get these issues out into the open, but it must also lead to urgent and concrete change for communities whose lives are shattered by conflict."

Helen Alderson, head of the regional delegation for the UK & Ireland at the ICRC said: "Mental health issues are often described as hidden wounds of war, and we know from our experience all over the world that they're no less deadly than physical injuries.

"A woeful lack of services, funding and expert training compound the struggles people experience, and is an affront to dignity. This issue can no longer be ignored, and must be treated as an immediate life-saving measure during times of war."

1 - Mental health problems are hidden wounds of conflict that @ICRC sees around the world every single day. I'm here at #GlobalMHSummit today – where political leadership must spur real change.

The ICRC provides mental health services in 50 countries, supporting more than 42,000 people in 2016-17 including children, survivors of sexual violence, and those facing ill-treatment in prison.

36-year-old Charity from South Sudan, who fled when armed fighters stormed her village last year, is among those receiving counselling from local groups supported by the ICRC.

Speaking of the violence which now haunts her, she said: "I could feel the bullets hitting my flesh. I could see people falling when I turned around. One of them was my husband. I saw him fall, but there was nothing I could do.

"For a long time, I could hear the sound of bullets in my mind. Bam, bam, bam. All the time. It felt like a nightmare and I heard the sounds, even if there were no gunshots around."

Charity now receives counselling sessions from a local organisation called the Women Development Group (WDG), supported by the ICRC. She said: "This support is different from giving someone food. If you can help someone with their mind, they can learn how to provide food for themselves and their family."