Syria: Aleppo on the brink of humanitarian disaster 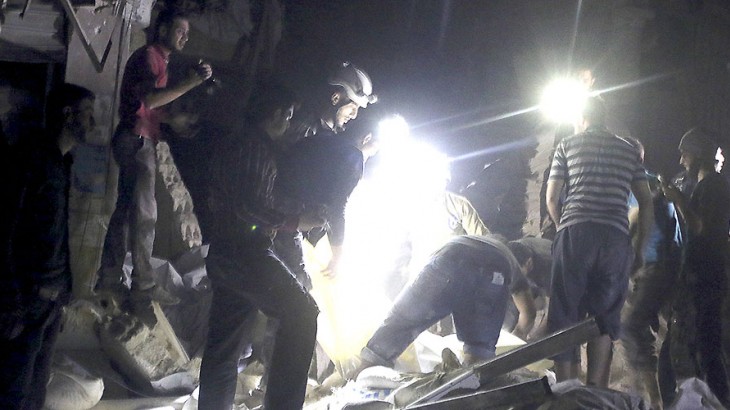 Al Quds hospital in Aleppo, supported by ICRC, MSF and other organisations, was destroyed in an attack on Tuesday 27 April, 2016.  © Reuters / I. Abdalrhman

Damascus/Geneva - The intense battles raging in Aleppo, which have seen a key hospital destroyed with significant loss of life, are putting millions at grave risk, the International Committee of the Red Cross has warned.

"Wherever you are, you hear explosions of mortars, shelling and planes flying over," said Valter Gros, who heads the ICRC's office there. "There is no neighbourhood of the city that hasn't been hit. People are living on the edge. Everyone here fears for their lives and nobody knows what is coming next."

Amid the escalating fighting over the past week, the Al Quds hospital in eastern Aleppo city was completely destroyed overnight, killing several people and depriving many more of lifesaving medical care.

"The recent attack on the ICRC-supported Quds hospital is unacceptable and sadly this is not the first time the lifesaving medical services have been hit," said Marianne Gasser, head of the ICRC mission in Syria. "We urge all the parties to spare the civilians. Don't attack hospitals, don't use weapons that cause widespread damage. Otherwise, Aleppo will be pushed further to the brink of humanitarian disaster."

Aleppo is the second largest city in Syria and one of the worst affected in the past five years of conflict. Large parts of the city have been destroyed, and infrastructure severely damaged, leaving civilians without water and electricity for months. Escalating violence is putting millions, many of whom are displaced and living close to frontlines, at grave risk and without a chance of getting much-needed aid.

The ICRC and the Syrian Arab Red Crescent (SARC) have been supporting most of Aleppo's medical facilities on both sides of the frontline with medicines, equipment and the provision of clean water. The ongoing support provided to shelters for displaced, collective kitchens and water infrastructure risks being disrupted if the fighting escalates.

Recently, the ICRC and SARC managed to provide contingency food and medical aid on both sides of the city. However, the recent escalation in fighting means these stocks, that are expected to run out soon, cannot be replenished.