Syria: Harrowing civilian losses in most intense violence since battle for Eastern Aleppo 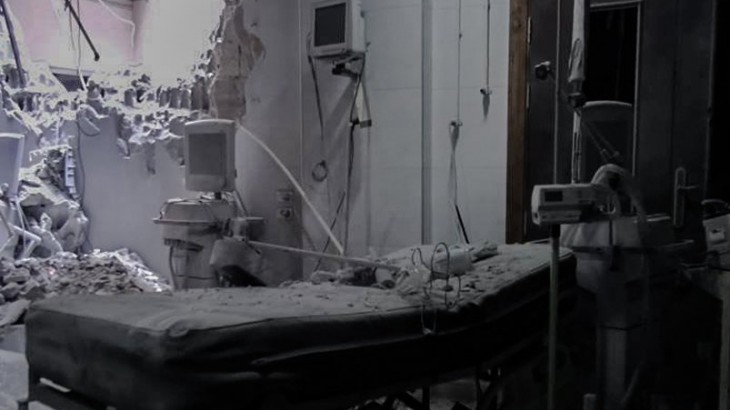 Geneva/Damascus (ICRC)–As several regions throughout Syria are witnessing the worst fighting of the year, the International Committee of the Red Cross (ICRC) is alarmed by reports of hundreds of civilian casualties and the destruction of hospitals and schools.

"For the past two weeks, we have seen an increasingly worrying spike in military operations that correlates with high levels of civilian casualties," said the head of ICRC's delegation in Syria, Marianne Gasser. "My colleagues report harrowing stories, like a family of 13 who fled Deir Ezzor only to lose ten of its members to airstrikes and explosive devices along the way."

The violence is not only taking place in Raqqa, Deir Ezzor, and western rural Aleppo, but also in many of the de-escalation areas, such as Idleb, rural Hama, and Eastern Ghouta. Taken together, these are the worst levels of violence since the battle for Aleppo in 2016.

"While recent months had provided some reasons to be hopeful, the return to violence is once again bringing intolerable levels of suffering to wide areas of the country, while at the same time decreasing access for humanitarian agencies," added Ms. Gasser.

As many as ten hospitals have reportedly been damaged during the last ten days, cutting hundreds of thousands of people from access to even the most basic healthcare. Current fighting around the northeastern city of Deir Ezzor is endangering water supplies there. With swelling numbers of civilians fleeing military operations – some camps around Raqqa and Deir Ezzor are receiving over 1,000 women, children and men every day – humanitarian organizations are struggling to provide water, food and basic hygiene to the new arrivals.

"Military operations must not disregard the fate of civilians and of the vital infrastructure on which their survival depends," said ICRC's regional director for the Near and Middle East, Robert Mardini. "Winning by any means is not only unlawful, but also unacceptable when it comes at such human cost. We call once again on all those fighting in Syria to show restraint, and to abide by the basic tenets of International humanitarian law."