Syria: ICRC calls on all sides to stop indiscriminate violence in Aleppo 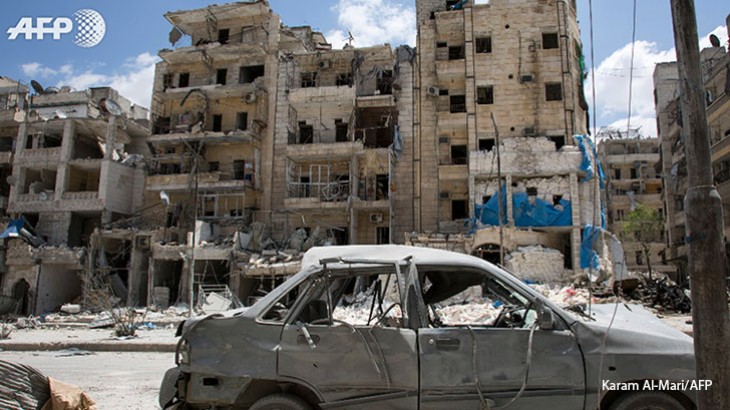 Al Quds hospital in Aleppo, supported by ICRC, MSF and other organisations, was destroyed in an attack on Tuesday 27 April, 2016. © Karam Al-Masri/AFP

Damascus/Geneva - In a further day of devastation in Aleppo, another four medical facilities on both sides of the frontlines have been hit, causing extensive damage. As hundreds of shells, bombs and mortars continue to rain down on the city, killing more civilians, the International Committee of the Red Cross calls for an immediate halt in the attacks.

"There can be no justification for these appalling acts of violence deliberately targeting hospitals and clinics, which are prohibited under International Humanitarian Law. People keep dying in these attacks. There is no safe place anymore in Aleppo. Even in hospitals," said Marianne Gasser, head of the ICRC in Syria. "For the sake of people in Aleppo, we call for all to stop this indiscriminate violence."

Dozens of people have died and been injured in another day of relentless fighting in Aleppo today. The health-care facilities which have been hit today are: Al Marjah polyclinic, the Bustan Al Qassar polyclinic and Shawki Hill Dialysis Centre and the Ibn Rashid Cardiac Hospital.

The attacks follow the destruction overnight on Thursday of the Al Quds hospital, with significant loss of life among patients and medical staff.
Many thousands of Aleppo residents have been subjected to constant shelling and clashes and the ICRC has warned that in the intensification of fighting over recent days, millions of people are facing humanitarian disaster as it becomes increasingly difficult to reach them with aid.