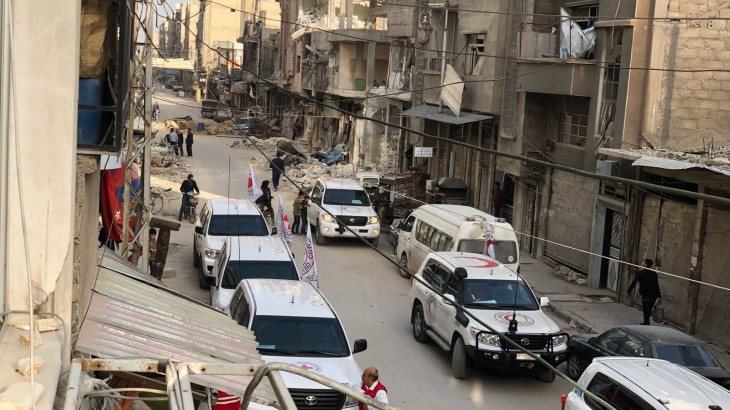 In recent weeks, the situation for the tens of thousands of people living in Eastern Ghouta has reached a breaking point.

Following a spike in hostilities in November, families have been living under near-constant shelling. Many have resorted to hiding in shelters underground in a desperate attempt to stay alive – with little food to sustain them.

Last week, the ICRC called for immediate access to Eastern Ghouta. "Wounded victims are dying only because they cannot be treated in time. In some areas of Ghouta, entire families have no safe place to go," said Marianne Gasser, the ICRC's head of delegation in Syria.

Today, over half of the population is reliant on aid to survive. You can help us reach those most in need. Donate today.