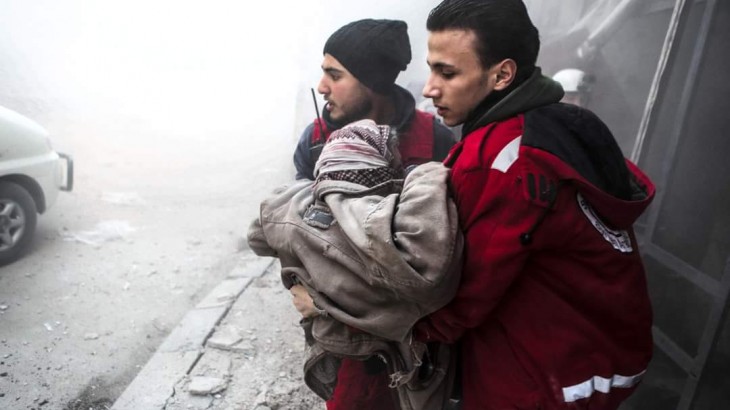 Damascus (ICRC) - The International Committee of the Red Cross (ICRC) is calling for restraint and access to the wounded after the deadly escalation of fighting that has hit Damascus in recent days.

"The fighting appears likely to cause much more suffering in the days and weeks ahead, and our teams need to be allowed to enter Eastern Ghouta to aid the wounded," said Marianne Gasser, the ICRC's head of delegation in Syria.

The medical personnel in Eastern Ghouta can't cope with the high number of injuries. The area does not have enough medicines and supplies, especially after medical facilities were reported to have been hit.

"Wounded victims are dying only because they cannot be treated in time. In some areas of Ghouta, entire families have no safe place to go," Ms Gasser said. "On the other side of the front line, people in Damascus are in constant fear that their children will be hit by falling mortars. This is madness and it has to stop. Civilians must not be targeted."

The ICRC and the Syrian Arab Red Crescent accessed Eastern Ghouta in December to facilitate the evacuation of 29 wounded patients. The ICRC's last humanitarian aid delivery to Eastern Ghouta took place in November.