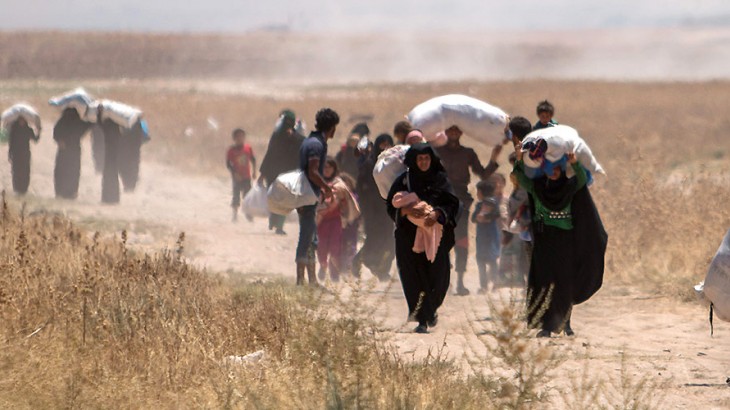 Residents walk as they flee Maskana town in the Aleppo countryside and make their way towards the Turkish border in Tel Abyad town, Raqqa governorate, June 16, 2015. © Reuters/R. Said

The lifeless body of a toddler found recently on a Turkish beach, whom the world would come to know as Aylan Kurdi, was from Kobane (Ain al-Arab), Syria. He is one of hundreds of Syrian and other refugee children who have drowned in the last couple of years in the seas that separate the Middle East and North Africa from Europe.

And there are children like him, unknown to the world, who die every day in different parts of Syria, where the fighting has continued for more than four years and, sadly, where there is no sign that peace will come any time soon.

I have spent the past five years as a humanitarian worker in Syria. I was here when the 2011 uprisings began. I was here as the violence spread inexorably across the country. I am here as people see no alternative but to leave their homes and seek sanctuary elsewhere.

The Syrian cities once neat and clean and vibrant have turned into dark shadows of themselves. Now, instead of beautiful streets and fabulous architecture, I walk through the rubble of destroyed homes in the cities of Homs, Aleppo and rural Damascus.

When EU interior ministers meet in the coming days to discuss the migrant 'crisis' in Europe, they should know that the people who left Syria, did so for a reason.

More than 220,000 people have died. More than 12 million have been forced to leave their homes. Close to four million have left the country. Thousands make the hazardous journey across the seas. Some make it. Some, like Aylan Kurdi, do not. 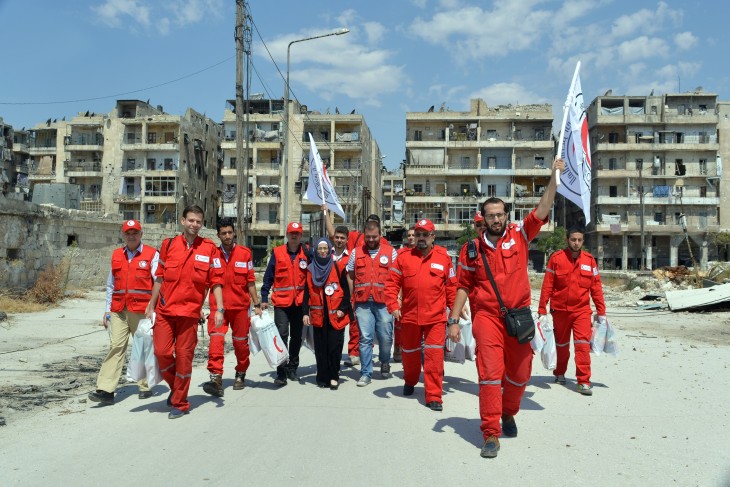 Last month, colleagues from the Syrian Arab Red Crescent and I crossed a front line in the eastern part of Aleppo, an area where different armed opposition groups are operating. We visited health facilities where the injured and sick were being looked after by brave medical staff who have few supplies. We visited bakeries where every ounce of flour was being carefully used. We saw how close to the edge so many people were living.

In a country where the essentials needed for human survival such as water, shelter and electricity, are in short supply; where mortars and rockets continue to rain down on civilians, destroying their lives and properties; where humanitarian workers go out and risk their lives to bring succour to the millions who are suffering; humanity in Syria is struggling to survive.

There are areas which are besieged and where aid supplies cannot be delivered; where babies are born and mothers do not have access to basic health care; where the withholding of water supplies is used as a weapon of war. The economy is in dire straits.

So much of the country is dependent on outside support. Every month, millions of people receive food and other aid from the International Committee of the Red Cross (ICRC), the Syrian Arab Red Crescent (SARC) and other humanitarian organizations.

The water supply systems of the country simply cannot function without the support of the ICRC, the SARC and other humanitarian actors. Similarly, support to Syria's public health system, including the physical rehabilitation of disabled people, is dependent on national and international humanitarian organizations.

When Syrians choose to leave their homeland, some label them as refugees and some call them migrants. It is irrelevant to frame a person's identity. What they need is some modicum of dignity, help and support to rebuild their lives in foreign lands.

Nobody in his right mind chooses to risk his or her life and embark on a journey full of danger and the unknown. But if people cannot be protected from the crushing impact of war, and if their living conditions remain at survival level, then the world must be ready and prepared to host thousands more people from Syria.

The conflict has become the gravest tragedy of our times. Respect for human life has lost its meaning. The bloodshed and atrocities take us back to medieval times.

The humanitarian and political action which can bring an end to the suffering requires a huge and sustained effort.

While the political action takes time, it is a humanitarian imperative that all persons who need assistance receive it. There is a responsibility on all fighting parties to protect the sanctity of neutral, impartial, humanitarian action from the politics of this conflict.

If they cannot save human lives then there is no point playing politics for an empty, destroyed, charred and abandoned piece of land.

Article by Marianne Gasser, head of ICRC Delegation in Damascus, published on the 13 September 2015 in Thomson Reuters foundation