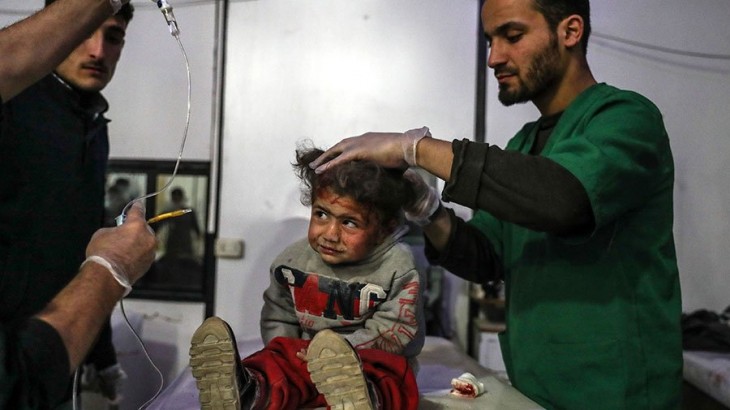 Geneva/Damascus (ICRC) – The International Committee of the Red Cross (ICRC) is alarmed by the intensifying fighting in Eastern Ghouta, on the outskirts of Damascus, which is taking an unacceptable toll on everyday life in the area. At the same time, several neighborhoods of the city of Damascus continue to be affected by the hostilities.

Scores of civilians have been killed or injured since the latest spike in hostilities began on 14 November, with many civilian objects and houses being affected. Under international humanitarian law, these places must be spared during fighting.

"The humanitarian situation in Eastern Ghouta has reached a critical point. As so often in Syria over the last six years, ordinary people are once again trapped in a situation where life slowly becomes impossible and where goods and aid are severely limited," said the ICRC's Middle East director, Robert Mardini.

In addition, medical workers on the ground report that hundreds of sick and wounded people are deprived from life-saving medical care. The cold weather threatens to further deteriorate the situation. With almost no fuel available, people have very little access to proper heating, further risking their health.

"Chronic disease sufferers and people with severe injuries are struggling to access care. The sick and injured must not be used as pawns in negotiations between the different parties involved in the fighting. Medical attention must be promptly given to those who need it irrespective of who they are," said Mr Mardini.

The civilian population in Eastern Ghouta is also facing a frightening food shortage and a huge increase in food prices.

"Some families can afford to eat only one meal a day, an especially sad situation for people with children. As a result, most people have been relying entirely on aid from humanitarian organizations," added Mr Mardini.

"All warring parties must reach a solution that puts civilians first and allows humanitarian aid to reach the population on a regular basis. No military or political gains could justify this amount of suffering, whether in Eastern Ghouta or elsewhere in Syria."