Tanzania: A glimpse inside the life of a refugee 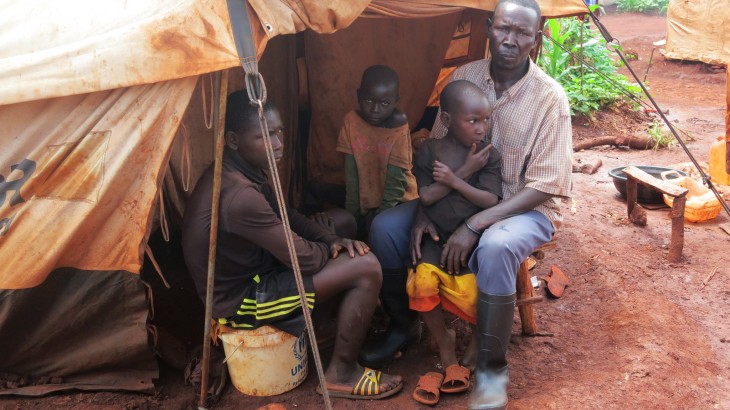 To connect with families and friends in Burundi, Michel Ntirabampa uses the Red Cross free phone call service to contact them. He has been living in the Nyarugusu refugee camp in the Kigoma region of Tanzania.

"I am happy to talk to my relatives who are still in Burundi," he says.

On this particular day, women pound away hot cassava in a wooden trough next to Ntirabampa's tent. The cassava is almost ready but the ladies say it will need a few more minutes of pounding. It is tedious work that requires three to four women to ensure the cassava is well mashed. 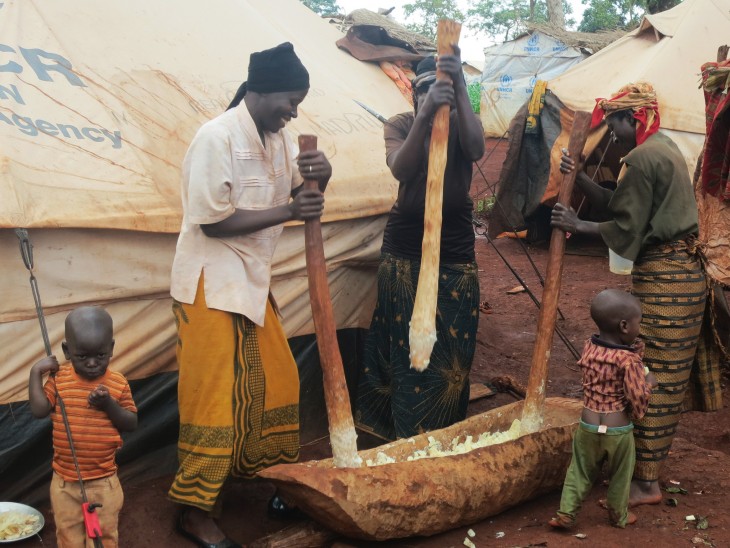 Ntirabampa is sitting outside his tent, staring into what seems like a faraway land judging from his gaze. It is a warm day, a break from the rains that have been watering the hills of Kigoma in December. Children play around the nearby tents.

Ntirabampa has been reduced to a camp observer since he can no longer engage in strenuous work.

"I got injured while trying to defend my property in Bujumbura. Because of the injuries, I can no longer work."

After the incident with his property, Ntirabampa left Bujumbura with his family and arrived in Tanzania in July 2015. Since then, he has depended on his wife to fend for the family.

Even though he is appreciative of the help he receives, he is not used to being idle and would appreciate a change in diet from time to time. This means his wife has to go in search of cassava, which after being pounded is sold for 200 Tanzanian shillings (10 cents US). The small proceeds help the family supplement their diet.

"I used to have a big farm and one harvest was enough to cater for my family's needs. Now, I depend on others," Ntirabampa explains his reality.

Lunch is soon ready and his children join him. As he sits with his family under a small tent, the desperation in his eyes is evident.

Life as a refugee

This is not the first time Ntirabampa has been a refugee in Tanzania. In fact, it is his third time. Two of his children were even born in Tanzania. The hardship and monotony of refugee life are difficulties the father of eight had hoped not to face again.

Ntirabampa and his wife use stories and songs to remind their children of life in Burundi as the family holds out hope they will soon return home.

Becoming a refugee makes a person vulnerable and exposes them to hardship, uncertainty, potential sickness, injury or death. The ICRC and Red Cross Movement at large continues to help people who become refugees or migrants as a result of armed conflict or disasters to stay in touch with their families and friends through phone calls or letters. In the Nyarugusu Refugee camp, more than 100,000 free phone calls were made in 2015.

The ICRC continues to highlight the plight of refugees and migrants to ensure they are treated with respect, dignity and humanity.

For more information on our work in Burundi and Tanzania to reunite families: