Burundi / Tanzania: Journey to a safe haven through the lens of a refugee 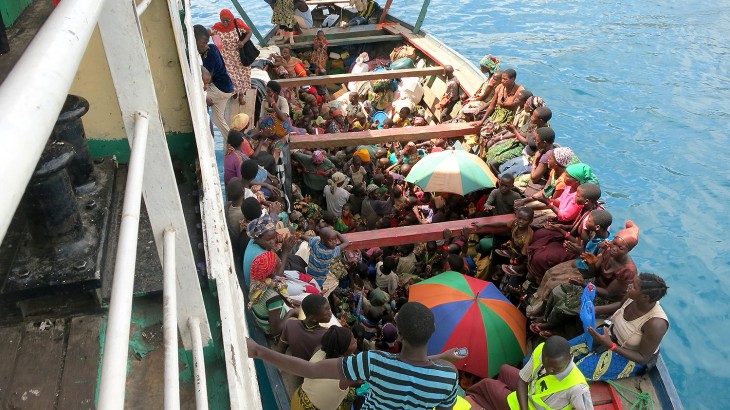 Kigoma, Tanzania 20 May 2015. Since there is no bay on the shores of Lake Tanganyika in Kagunga village, the Burundian refugees are brought to the ships in small boats. CC BY-NC-ND/ICRC/L. Kamau

Amala Niyogushima placed her baby on the table. Next to her, children were excited by the distribution of biscuits and soda to help them recover after the long journey. They had fled from the threat of violence, but ahead lay an unknown future.

On 20 May we met Amala (not her real name) on a Malagasy ship – one of two ships hired by the United Nations High Commissioner for Refugees (UNHCR) to transport Burundian refugees from the village of Kagunga on the shores of Lake Tanganyika to the Tanzanian town of Kigoma. 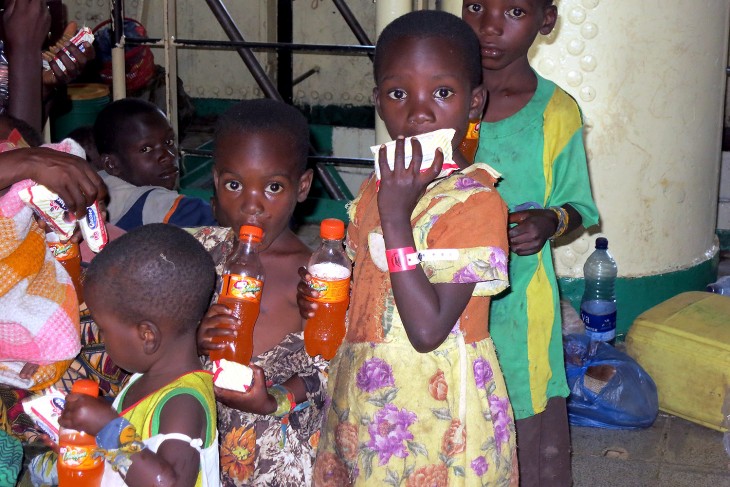 These children are on a ship, on their way to Kigoma town from Kagunga village. All refugees on board are provided with high energy biscuits as they have spent days without eating a proper meal. CC BY-NC-ND/ICRC/L. Kamau

Amala boarded the ship after spending two weeks on the lakeshore in Kagunga. Relieved to be among those departing for Kigoma, she spoke of the situation that had brought her to Tanzania.

In early April, an unknown group of men visited Amala's house looking for her husband, who was away, leaving her and the children behind. The men left a message saying that they would be back. After returning home and being told the message, Amala's husband went into hiding.

Meanwhile, in Amala's village, Rumonge, there had been rumours of escalating violence reaching their village and by mid-April no-one felt safe. Amala, however, was in a dilemma. She was nine months pregnant and did not know her husband's whereabouts. The only option she had was to wait until she had delivered her baby. In the meantime, her neighbours began to flee. While she waited, more people came to enquire about her husband's whereabouts and even accused her of hiding him, which raised her concern for her family's security.

A six-hour journey to safety

By this time, more and more people had begun travelling and the rumours of impending violence had become rife. Two weeks after giving birth, Amala felt she had enough strength to travel and on 6 May, together with her five children and some of the villagers, she set off on a six-hour journey that would take her to Kagunga on the Burundian border with Tanzania.

That week, the UNHCR reported the highest influx of refugees yet, when more than 15,000 people are said to have entered Tanzania through Kagunga. Amala's stay in Kagunga was difficult since there was a lack of food, water and shelter. The situation was further complicated by an outbreak of cholera, which to date has claimed the lives of 31 people.

However, on this particular day Amala was filled with hope. She was finally on her way to Kigoma, which meant she would find peace of mind and shelter. Her memories of Burundi have been of pain and suffering and her only hope is for a new life. For some refugees, Tanzania has been a safe haven at least twice before.

As Amala boarded the bus to Lake Tanganyika stadium, her baby girl held close in her arms, one could only imagine the dreams that she nurtures for her children.

Amala's story is one of many that have yet to be told among the more than 70,000 refugees who have fled from Burundi into Tanzania as a result of the civil unrest brought about by political instability. Currently, there are fewer than 4,500 refugees left in Kagunga, while about 42,000 people have so far been settled in Nyarugusu refugee camp.

Kigoma, Tanzania. Children on a ship, on their way to Kigoma town from Kagunga village. CC BY-NC-ND/ICRC/L. Kamau