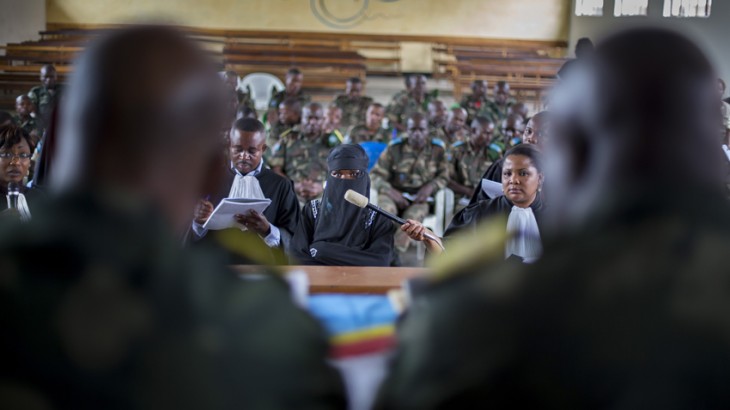 Paris/Geneva (ICRC) - The photojournalist Diana Zeyneb Alhindawi has been chosen by unanimous vote as the winner of the humanitarian Visa d'Or award for her depiction of the trial of 39 soldiers for rape in Minova, Democratic Republic of the Congo (DRC). The award is supported by the International Committee of the Red Cross (ICRC) and forms part of the annual Visa pour l'image festival in Perpignan, France.

"The Minova Rape Trials" took place over eight days in a temporary court in the South Kivu town. 39 soldiers accused of having participated in the rape of around 1000 Minova residents during November 2012 faced defendants who for their own security wore disguises during the trial.

This year's theme was women and war and was open to professional photojournalists. The 2015 Award will be formally presented to Ms Alhindawi in the southern French town of Perpignan on 3 September at the 27th Visa pour l'image photojournalism festival.