Ukraine: ICRC participates in release and transfer of more than 300 detainees 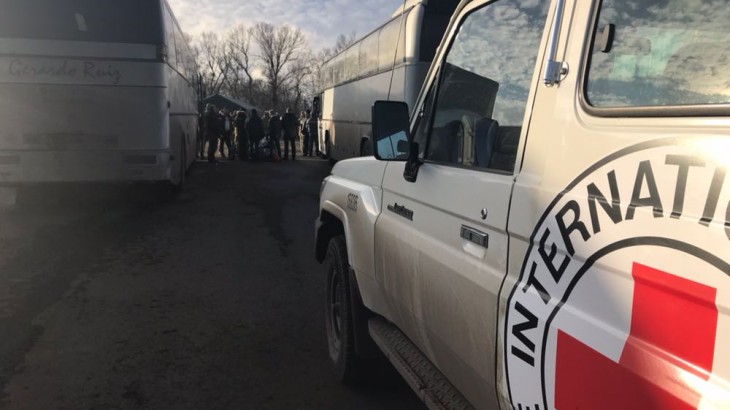 The ICRC participates in release of detainees held in connection with the conflict in Ukraine. CC BY-NC-ND / ICRC

Kyiv (ICRC) – Today, more than 300 detainees held in connection with the conflict in Ukraine were released with the participation of the International Committee of the Red Cross (ICRC). The operation, which took place near the town of Maiorsk, is the largest since the beginning of the conflict.

"Today’s exchange, happening at the beginning of the festive season, will allow hundreds of families on both sides of the contact line to spend the holidays with their loved ones," said Alain Aeschlimann, head of the ICRC's delegation in Ukraine. "The concerned authorities initiated and led the process, requesting the ICRC to help as a neutral intermediary. I believe that our participation in this process has contributed to its overall transparency and could help build confidence between all parties to further address issues of humanitarian concern.”

This is the first time in 2017 that, at the request of the parties concerned, the ICRC has participated in the release and transfer of detainees held in relation to the conflict in Ukraine. ICRC delegates were able to speak in private with most concerned detainees before their release.

The ICRC also seeks to regularly visit detainees in the places where they are being held, on both sides of the contact line, in order to monitor their conditions and treatment. The organization works in a confidential manner with those in charge of detention matters to discuss possible issues of concern related to the conditions of detention or treatment of detainees.

“We remain ready to provide support for similar operations in the future," concluded Mr. Aeschlimann.

This news release is available in Ukrainian.