Ukraine: In search of missing persons 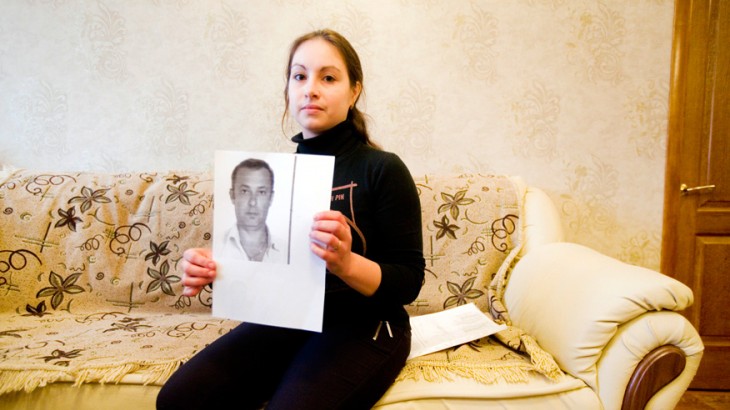 Checkpoints have become an integral part of life for citizens in the front-line town of Gorlovka, in eastern Ukraine, two years into a conflict that has torn families apart and etched a line through the region, punctured only occasionally by those very same checkpoints.

The checkpoints around Gorlovka, which are manned by the military, must be crossed if one needs to obtain documents, register for social security, visit relatives or simply get hold of necessities that can no longer be found in the east of the country.

The people of Gorlovka have grown accustomed to being searched and their identification documents inspected at every checkpoint. They have also got used to this procedure taking a very long time, and to queuing for hours and sometimes days to be able to cross to the other side.

But it wasn't always this way. At the beginning of the conflict, no-one knew what to expect at the checkpoints and crossing was high risk. Some people never returned.

Vladimir Viktorovich Polegenkiy was one of those who never came home. His daughter, Jelena, is determined to find out what happened to him. 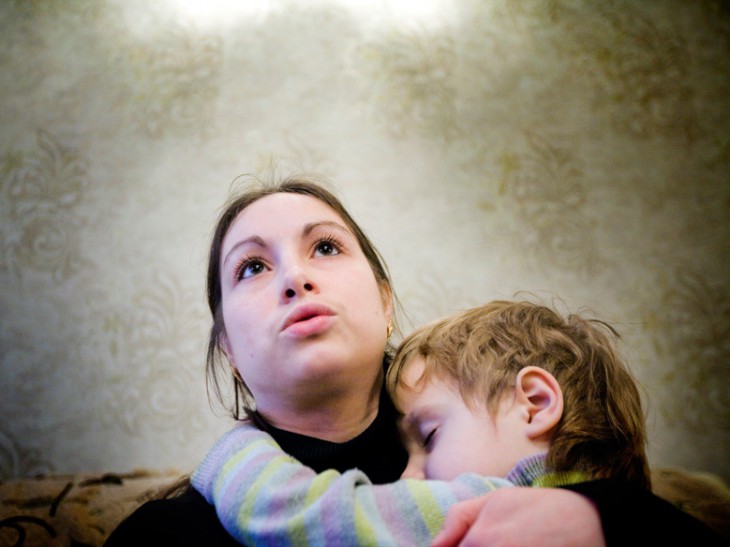 "My father disappeared on 19 September 2014. He was travelling with a friend from Gorlovka to western Ukraine and had to pass through many checkpoints," says Jelana. "After they passed through the first one successfully, my dad called my mum to tell her that everything went well. Looking back, I realized that it was the last that we heard of him."

She knows that her father made another phone call around 11 o'clock in the evening, not to his family, but to his colleagues in Kharkov, where he was supposed to spend the night. He told them that they were approaching a checkpoint. However, as Jelena later discovered, her father never reached that checkpoint.

"While he was waiting in a queue, four armed men approached my father's car and took him and the other passenger somewhere," says Jelena. She believes that the same people called her mother a day later telling her that she could pay them to get her husband back.

"It was a nightmare," recalls Jelena. "I remember how helpless I felt talking to my mother over the phone, not being able to give her any comfort whatsoever." Jelena had left Gorlovka at the beginning of conflict because of the town's location on the front line. She had to protect her small child and her family.

"My mother remained all alone in the city. Those who took my father called her once more and told her that they were taking my father to the front line to fight with them. The scariest thing was that my father was 51 years old, so he could still serve as a soldier," remembers Jelena.

Jelena is a determined young woman. Energy radiates from her. She is not the kind of person who would sit and wait. Jelena took it upon herself to find her father. She went everywhere and asked everyone she thought could help. She approached the armed forces, hospitals, morgues, even the voluntary organization known as 'Black Tulip' which helps to exhume grave sites. But the answer was nowhere to be found. 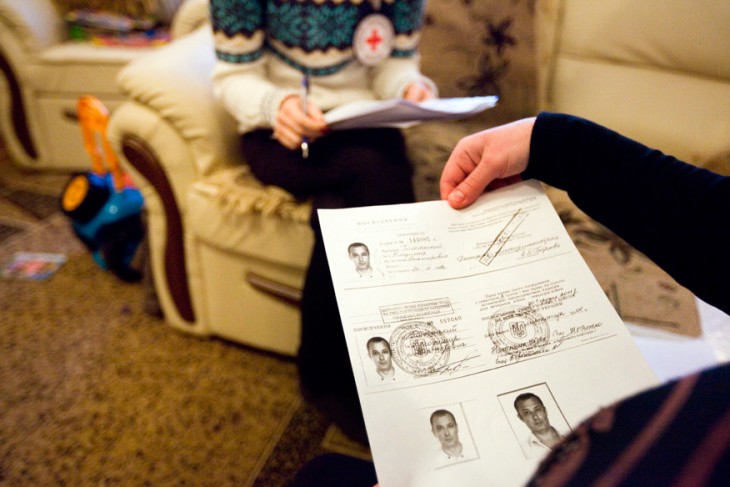 She and her husband decided to return to Gorlovka in October last year and continue the search. She published photos of her father on the internet hoping that someone, somewhere might have seen him or might have information on where he was.

One reply that Jelena received was not the one she had hoped for: "Someone called asking for 3,000 dollars." They asked her to pay half of the amount immediately and the second half upon return of her father, which Jelena refused to do. "Of course it was a scam," she says. "I had already heard stories of people being cheated like that. It is humiliating to have to endure such things just when you are hurting the most."

During her search, Jelena heard that the ICRC could help find her father, so she shared all the information about her father that could be relevant.

She wants to know what happened to her father.

Jelena is just one among many whose loved ones have disappeared. 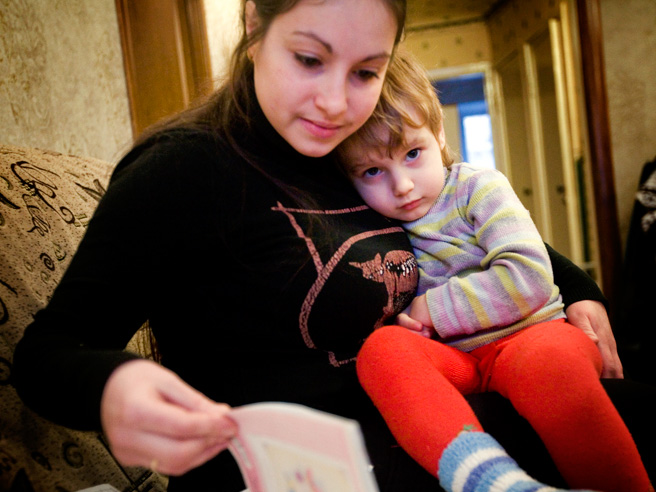 Read about another Gorlovka family, the Ostrovskiis, who have also suffered the disappearance of a family member:

Ukraine: 'My husband went to visit his mother. That was the last time I saw him.'