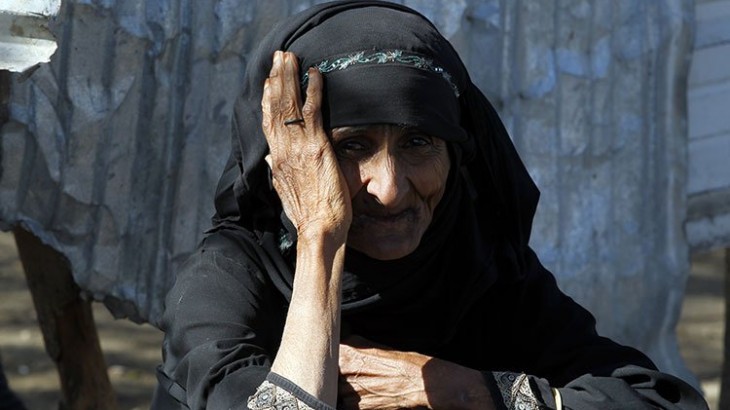 "This General Assembly meets at a critical moment, when the world is faced with conflicts of greater number and complexity. In the last six months, I've visited some of the world's most brutal and protracted conflicts. Four weeks ago I was in South Sudan. Not long before that I was in Yemen. Before that Syria, Myanmar and Ukraine. Each time I met with the people who suffer most. It is the urgency to alleviate people's suffering that is my purpose this week."

The theme for this year's United Nations General Assembly Open Debate is "Focusing on people: striving for peace and a decent life for all on a sustainable planet." During the Open Debate world leaders will address the General Assembly and participate in High-Level events on the world's most pressing issues. ICRC is an Observer Member of the United Nations and participates in UN General Assembly High-Level Week. President Maurer will participate in key debates on Syria, Iraq, Yemen, Central African Republic, and famine prevention, as well as address the signing ceremony of the Treaty on the Prohibition of Nuclear Weapons.

"The choice to 'focus on people' is the right one," Mr Maurer said. "My recent trips have made clear to me that a 'focus on people' must in practice be a focus on vulnerable people who are stuck in the middle of deadly conflicts. This demands attention to critical prevention issues. Without addressing these issues, civilians will continue to pay the price, health care facilities will be attacked, aid workers will be killed, and war-ravaged countries will remain a threat to regional and international stability and security."

ICRC is an independent, frontline humanitarian organization and works to prevent suffering by promoting and strengthening humanitarian law and universal humanitarian principles. In this the ICRC shares with the UN a common goal to prevent human suffering.

"The UN Secretary-General is emphasizing a new way of working that recognizes what we in ICRC see on the ground in conflict hotspots," Mr Maurer added on the relationship with the United Nations and principles of international humanitarian law. "The nature of protracted conflict means we must provide immediate lifesaving assistance while at the same time maintaining essential services over the long term. Abuses of the rules of war are an affront to our shared humanity and a threat to life."

"Leaders gathered here this week have it in their power to see that international humanitarian law is respected and enforced. Whether in the conduct of the fight or in the flow of arms, warring parties and those who support them must do more to uphold the rules of war. Humanitarian action cannot be held hostage to political ends or be defined by operational models that do not reflect today's realities. We must embrace new relationships with civilians in need and find new ways of financing this support. It is time that we all live up to the promise and stand up for those most vulnerable."