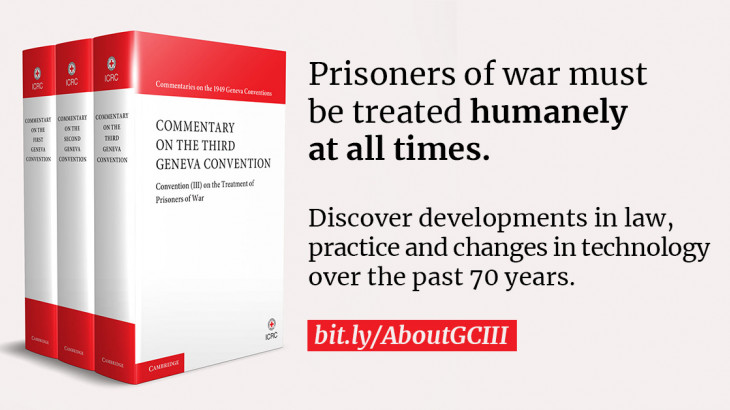 The main aim of the updated Commentary is to serve as a tool for interpreting and applying the Convention to safeguard the humane treatment of prisoners of war in today's armed conflicts.

Watch this video to learn more about the updated Commentary to the Third Geneva Convention, which governs the treatment of prisoners of war.

The Commentary is already available online and via the ICRC's IHL App.

Print copies can be ordered via Cambridge University Press.

← back to the geneva conventions and their commentaries