Venezuela: Support for the most vulnerable and those affected by violence

The year 2018 posed enormous challenges for the ICRC´s work in Venezuela due to the difficult economic and social situation that the country is experiencing. The organization helped the nation's most vulnerable people, especially migrants and those affected by violence, working in partnership with the Venezuelan Red Cross (VRC) and the National Societies of the CARICOM countries. Volunteers were given first aid training, and people living in areas of risk were trained in primary health care. Among the most valuable contributions was the provision of medical supplies to the VRC´s emergency response programme, which provided care to 1,800 patients throughout Venezuela. 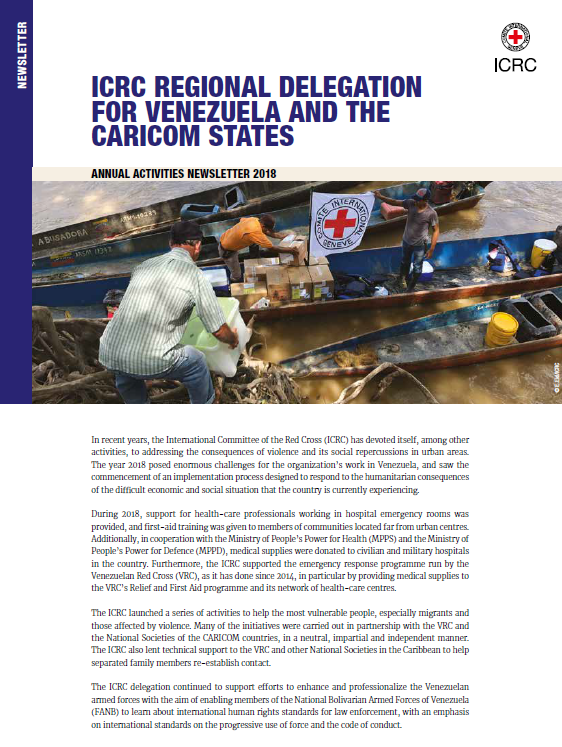 Other activities carried out in 2018: