War at the front door: A virtual reality challenge inside urban conflict 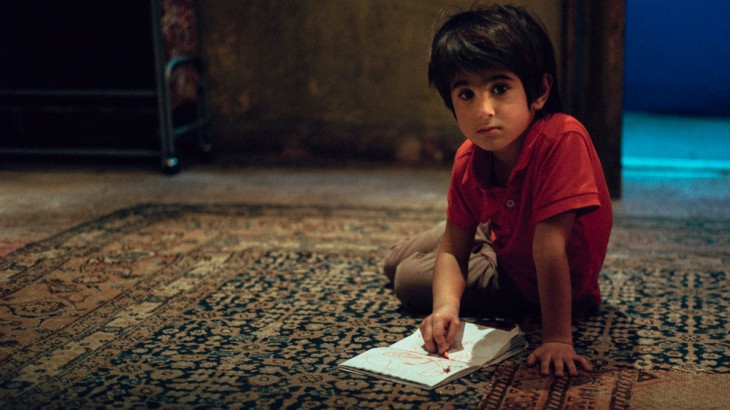 Geneva (ICRC) – The sound of gunfire approaches. You don’t know if your family should run or hide. Making the right choice can mean life or death.

A new immersive virtual reality movie called The Right Choice puts users next to a Syrian family trapped in urban warfare. The film, a collaboration between the International Committee of the Red Cross (ICRC), Google’s Daydream Impact Project and the creative agency Don’t Panic London, uses a simulated experience to help people understand urban warfare and its impact on real lives. The Right Choice was filmed in Lebanon with guidance and support from ICRC colleagues in Syria.

With The Right Choice, the ICRC has developed a new way of interactive storytelling. The experience gives viewers a choice in the face of attack. But in the end none of the options leads to a positive outcome, underscoring how war gives civilians nothing but bad options.

Key facts about The Right Choice:

“Virtual reality transports viewers from the comfort of their homes to the horrors of the battlefield in a visceral and powerful way. This film asks: What would you do if you came under attack?” said Christopher Nicholas, the ICRC’s project lead of The Right Choice. “We wanted to create a short and dramatic experience that was still compelling and realistic. We want people who aren’t familiar with urban conflict to get a sense of what it looks and feels like.

''It can be hard to raise awareness around some situations - especially when they are distant. We are thankful to have partnered with ICRC to leverage VR for a vital mission: giving insight into a complex situation, and helping give a voice to those left behind.” said Sarah Steele VR Program Lead at Google.

“War is back in cities and increasingly it’s civilians who pay the price. The ICRC’s research in 2017 showed that urban conflict accounted for a shocking 70% of all civilian deaths in Iraq and Syria. Armed groups hide under the cover of the city – not the bush. Guerilla warfare takes place in the streets. New technology, including virtual reality, can be a powerful tool to help a large audience understand the human cost of war,” said Jennifer Hauseman, director of communications and information management at the ICRC.

New research conducted in the follow-up to ICRC’s 2017 report I Saw My City Die underscores the impact on civilians of fighting in cities and towns in Syria and Iraq. This new research shows that urban offensives account for eight times more conflict-related civilian fatalities in four governorates in Iraq and Syria (March 2017 - July 2018) than ongoing fighting or fighting in other areas.

The protection of civilian life in urban battles and places where conflicts are raging is the ICRC’s main mission. The Right Choice wants to test consumer VR potential to build empathy for the people trapped in warzones. By surveying people in major global cities once devastated by war, the ICRC wants to find out if this kind of personalized interactive approach resonates with the audience and has the potential to change someone’s perception or incite behavioral change. Insights from engaging with audiences about The Right Choice will inform future investment in VR as a critical tool to educate people and raise awareness and action for pressing humanitarian issues.