What is the difference between IHL and human rights law? 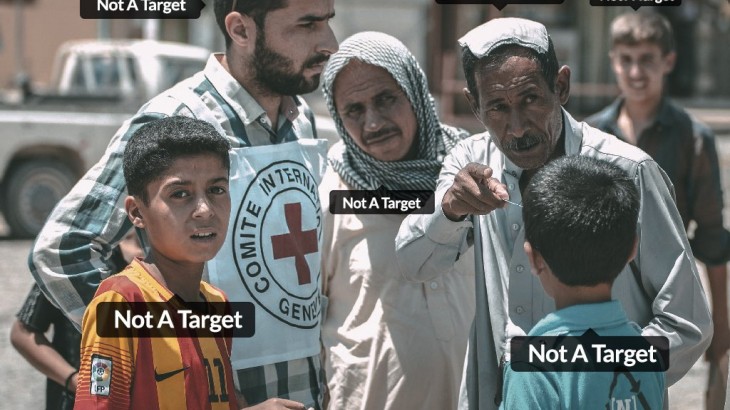 Both IHL and human rights law strive to protect the lives, the health and the dignity of individuals.

WHAT IS INTERNATIONAL HUMAN RIGHTS LAW?
Human rights law is a set of international rules, established by treaty or custom, on the basis of which individuals and groups can expect and/or claim certain rights that must be respected and protected by their States. The body of international human rights standards also contains numerous non-treaty-based principles and guidelines ('soft law').
The main treaties of human rights law are given below:

While IHL and human rights law have developed in their separate ways, some human rights treaties include provisions that come from IHL: for instance, the Convention on the Rights of the Child and its Optional Protocol on the involvement of children in armed conflict, and the Convention on Enforced Disappearance.

IHL and international human rights law are complementary bodies of international law that share some of the same aims. Both IHL and human rights law strive to protect the lives, the health and the dignity of individuals, albeit from different angles – which is why, while very different in formulation, the essence of some of the rules is similar. For example, both IHL and human rights law prohibit torture or cruel treatment, prescribe basic rights for persons subject to criminal process, prohibit discrimination, contain provisions for the protection of women and children, and regulate aspects of the right to food and health. There are however important differences between them: their origins, the scope of their application, the bodies that implement them, and so on.

Temporal scope of application
While IHL applies exclusively in armed conflict (see Question 5), human rights law applies, in principle, at all times, i.e. in peacetime and during armed conflict. However, unlike IHL, some human rights treaties permit governments to derogate from certain obligations during public emergencies that threaten the life of the nation. Derogation must, however, be necessary and proportional to the crisis, must not be introduced on a discriminatory basis and must not contravene other rules of international law – including provisions of IHL. Certain human rights can never be derogated from: among them, the right to life, the prohibition against torture or cruel, inhuman or degrading treatment or punishment, the prohibition against slavery and servitude and the prohibition against retroactive criminal laws.

Personal scope of application
IHL aims to protect persons who are not or are no longer taking direct part in hostilities. It protects civilians and combatants hors de combat, such as the wounded, the sick and the shipwrecked or prisoners of war.
(See Question 7.) Human rights law, developed primarily for peacetime, applies to all persons within the jurisdiction of a State. Unlike IHL, it does not distinguish between combatants and civilians or provide for categories of 'protected person'.

Parties bound by IHL and human rights law
IHL binds all parties to an armed conflict and thus establishes an equality of rights and obligations between the State and the non-State side for the benefit of everyone who may be affected by their conduct (an essentially 'horizontal' relationship). (See Question 8.) Human rights law explicitly governs the relationship between a State and persons who are on its territory and/or subject to its jurisdiction (an essentially 'vertical' relationship), laying out the obligations of States vis à vis individuals across a wide spectrum of conduct. Thus, human rights law binds only States, as evidenced by the fact that human rights treaties and other sources of human rights standards do not create legal obligations for non-State armed groups. The reason for this is that most groups of this kind are unable to comply with the full range of obligations under human rights law because, unlike governments, they cannot carry out the functions on which the implementation of human rights norms is premised. There is a notable exception to this generalization about non-State armed groups: those cases in which a group, usually by virtue of stable control of territory, has the ability to act like a State authority and where its human rights responsibilities may therefore be recognized de facto.

Substantive scope of application
IHL and human rights law share common substantive rules (such as the prohibition of torture), but they also contain very different provisions. IHL deals with many issues that are outside the purview of human rights law, such as the status of 'combatants' and 'prisoners of war', the protection of the red cross and red crescent emblems and the legality of specific kinds of weapon. Similarly, human rights law deals with aspects of life that are not regulated by IHL, such as the freedom of the press, the right to assembly, to vote, to strike, and other matters. Furthermore, there are areas that are governed by both IHL and human rights law, but in different – and sometimes contradictory – ways. This is especially the case for the use of force and detention.

The interplay of IHL and human rights rules governing the use of force and procedural safeguards for internment, at least in international armed conflicts, must be resolved by reference to the lex specialis, that is the provisions of IHL that were specifically designed to deal with those two areas. (See box.)

INTERPLAY OF IHL AND HUMAN RIGHTS LAW
The interplay of IHL and human rights law remains the subject of much legal attention, particularly because of its consequences for the conduct of military operations. In its very first statement on the application of human rights in situations of armed conflict, the 1996 Advisory Opinion on the Legality of the Threat or Use of Nuclear Weapons, the International Court of Justice observed that the protection provided by the International Covenant on Civil and Political Rights did not cease in times of war and that, in principle, the right not to be arbitrarily deprived of one's life applied also in hostilities. The Court added that what constituted arbitrary deprivation of life had to be determined by the applicable lex specialis, namely, the law applicable in armed conflict, which is designed to regulate the conduct of hostilities.

While the meaning and even the utility of the doctrine of lex specialis have been called into question, there is a general acceptance of its indispensability for determining the interplay of IHL and human rights law. Although, generally speaking, these two branches of international law are complementary, the notion of complementarity cannot resolve the intricate legal issues of interplay that sometimes arise. In some instance, IHL and human rights rules might produce conflicting results when applied to the same facts because they reflect the different circumstances for which they were primarily developed.