World Mental Health Day: Helping those who help others

Nearly everywhere that the ICRC works, it is alongside ordinary people who commit their energy, passion, and knowledge to strengthen their communities through the toughest of times.

These people, also known as "helpers", experience the same difficulties as others in their community. Yet every day, they dedicate their time to help victims of conflict or violence deal with their pain and suffering.

The ICRC recognizes that communities have their own resources to deal with psychological and psychosocial issues, and with support, can be empowered to solve their own problems in sustainable and culturally-sensitive ways.

When a violent incident occurs in Ciudad Juarez, Mexican Red Cross paramedics are often the first to respond to help those injured. These individuals, at the front during emergencies in Mexico, are often exposed to difficult situations that can have a huge impact on their mental well-being.

To support the mental health of first responders in Mexico (and around the world), the ICRC provides stress management training, psychological and psychosocial support, so that they have the understanding and tools to cope with their challenging experiences.

After the cease-fire between Gaza and Israel on 26 August 2014, medical staff, fire fighters, ambulance drivers and others were left to manage and overcome the traumatic events experienced and the subsequent extreme stress and pressures that they felt.

To help ensure their well-being and health, the ICRC and the local Ministry of Health launched the "Helping the helpers" programme. 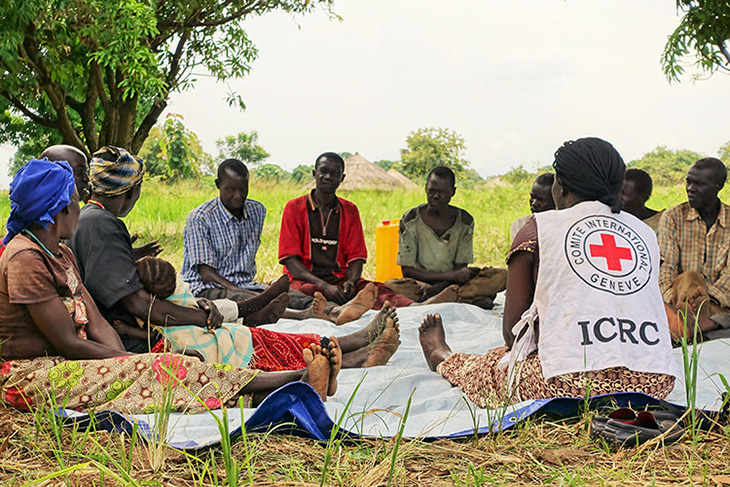 Between 1986 and 2006, some 75,000 people were abducted in northern Uganda. Their families live in uncertainty, unable to truly mourn, hoping they may return.

In order to help these families from Uganda (and others around the world) to deal with their distress and struggles, the ICRC undertakes a number of mental health and psychosocial activities, enabling local community members to provide support to these individuals and help shoulder their pain. Read the full story

These programmes are also provided in countries such as Azerbaijan and Armenia and are featured in the film "Healing hidden wounds".

In December, a side event at the 32nd International Conference of the Red Cross and Red Crescent, aims to address challenges relating to mental health and psychosocial well-being triggered by armed conflict and violence. Participants will share their experience and consider how Red Cross and Red Crescent can work with States party to the Geneva Conventions to deal with these challenges.