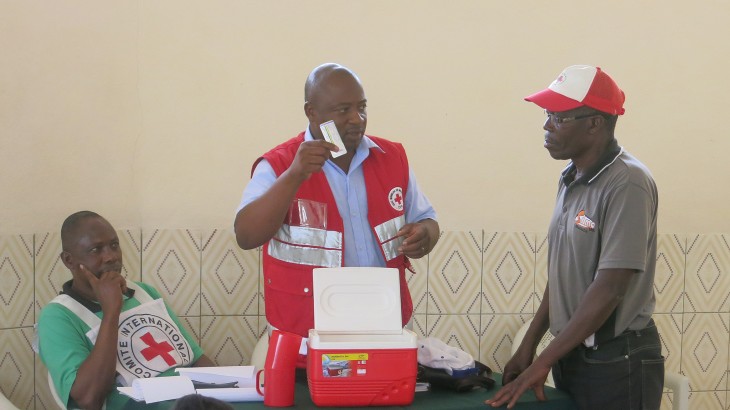 Mozambique Red Cross Society volunteers receive first aid kits and training on how to use them ahead of deployment to polling stations for the Mozambique general election in October 2014. CC BY-NC-ND/ICRC

Over the past year, Sithembile Chiware, ICRC cooperation programme manager in Harare, Zimbabwe, has been deployed to three different countries to support National Red Cross Society emergency response activities during national elections. She explains her role, her impressions of the work so far and the impact it has made.

Tell us about your work in the ICRC and how it fits into the broader priorities of the Harare regional delegation?

My role is to develop partnerships with National Red Cross Societies (NS) in Malawi, Mozambique, Namibia, Zambia and Zimbabwe that strengthen their organizations and capacity to respond to humanitarian emergencies. Together with the International Federation of Red Cross and Red Crescent Societies (IFRC) and other Movement partners active in those countries, we seek to ensure that NS objectives are met through all the programmes and initiatives we support.

I also consider the cooperation programme team a bridge between the different specialists in the ICRC – health, communication, water and habitat – and each individual NS. We help facilitate stronger collaboration on areas of mutual interest, such as sensitizing youth about humanitarian principles and values. 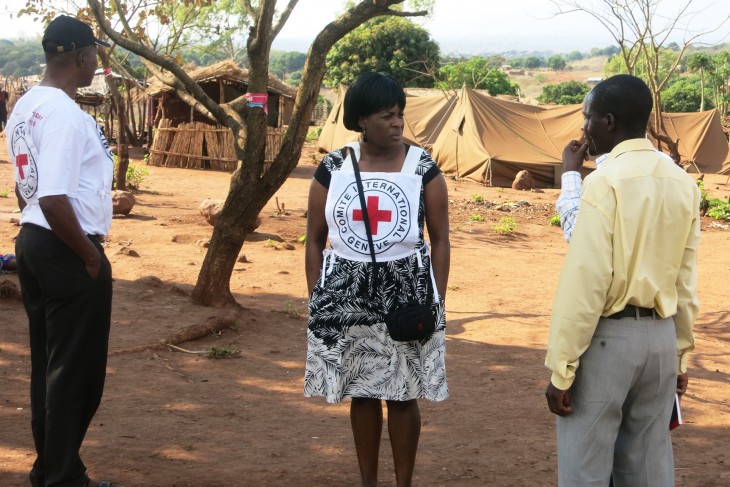 Which election were you first assigned to support?

Mozambique in October 2014, about two months after joining the ICRC. It was exciting at first until I was notified that we were going to Gorongosa in Sofala Province, which was then one of the unstable places and had experienced incidences of violence. I was initially hesitant but later reassured once briefed about what we were expected to do and the role of the Red Cross emblem in protecting people delivering humanitarian assistance. It was made even easier by the level of acceptance and support from the public for the Mozambique Red Cross Society volunteers and staff.

What is the role of the ICRC during elections?

National Red Cross Societies in our region take the lead in anticipating needs as well as organizing and delivering humanitarian responses during such national events. The ICRC and other Movement partners seek to complement their efforts through the provision of logistical and financial support during the preparations for these occasions. Such support is often used to replenish and pre-position relief items and first aid kits.

A week or so before the election, a technical team from the ICRC will then deploy to support Red Cross staff and volunteers in the final preparatory stages, their activities on the day and any post-election humanitarian responses that may be necessary.

You were deployed to support National Red Cross Society election response activities in Mozambique, Namibia and Zambia between October 2014 and January 2015. What are your lasting impressions of these experiences?

As someone coming from outside the Red Cross Movement with experience in similar areas, I was impressed by the flexibility and commitment shown by the volunteer teams. Although each context was unique, the way in which each National Society gathers and prepares volunteers to assist their communities was quite similar and gave me a better understanding of why it is called "Movement".

These similarities in approach, as well as our core principles, helped us overcome any challenges we faced. Ultimately, it was the strong bond of respect and appreciation that the Red Cross volunteer teams were able to form with communities and authorities regardless of political affiliation that struck me the most – even when the elections were hotly contested! 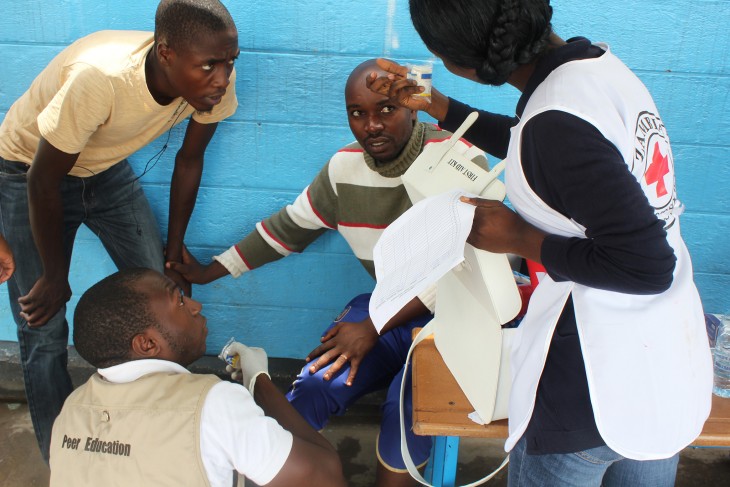 Zambia Red Cross Society volunteers attend to a patient in need of medical attention at a polling station during the Zambian presidential election in January 2015. CC BY-NC-ND/ICRC/Tendayi Sengwe

Mozambique Red Cross Society volunteers receive first aid kits and training on how to use them.

Cooperation delegates do a follow-up visit to assess the humanitarian situation of displaced people in Mozambique.

Zambia Red Cross Society volunteers attend to a patient in need of medical attention at a polling station in Zambia.

Zambia Red Cross Society volunteers at a polling station in Lusaka remain alert to the first aid needs of voters.