Yemen: Airstrikes against civilians are an alarming trend 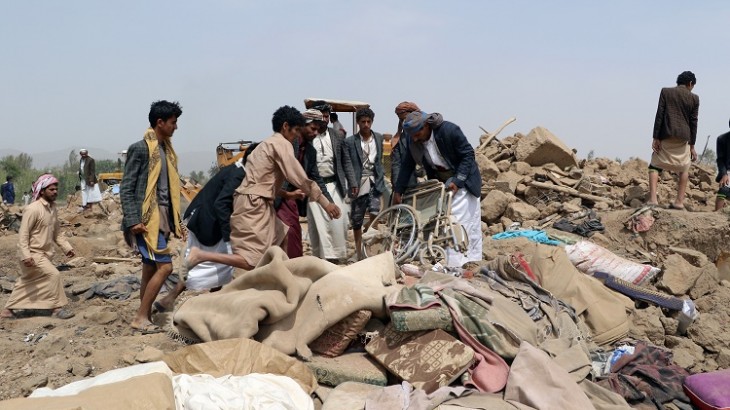 People hold a wheelchair recovered from under the wreckage of a house destroyed by an airstrike in Sa’ada, Yemen. REUTERS/Naif Rahma

Geneva/Sana'a (ICRC) – The ICRC is extremely alarmed at a pattern of recent airstrikes that have killed and injured dozens of civilians in the Sa'ada and Taiz governorates in Yemen. In the latest such incident, nine members of one family were killed and three critically injured. The casualties were between 3 and 80 years old.

"Our colleagues have been to the village of Mahda, on the outskirts of Sa'ada city, where they saw a house literally flattened by the explosion, while a crater showed where the impact had occurred," said the head of the ICRC delegation in Yemen, Alexandre Faite.

"According to two eyewitnesses, a single strike hit the house in the early morning of 4 August," continued Mr Faite. "We strongly deplore the trend whereby public places, such as markets, as well as private houses, have been targeted by the belligerents. This is a pattern that runs counter to the basic tenets of the law of armed conflict, and it must be stopped. Civilians keep paying far too heavy a price in this conflict."

According to international humanitarian law, civilians must not be attacked and warring parties must do everything feasible to verify that targets are military objectives. The ICRC is calling on all parties to ensure that constant care is taken to spare civilians and civilian objects in the conduct of military operations.