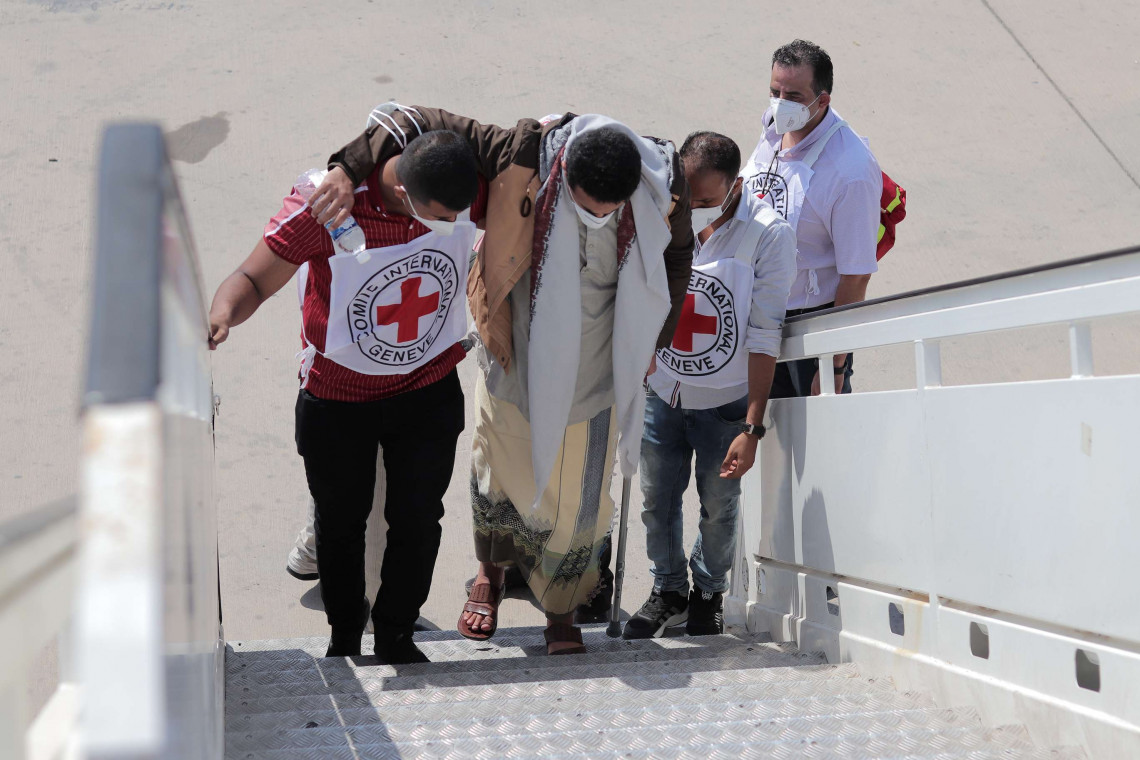 Yemen conflict: the detainee transfer that builds hope for the future

It is one month since the ICRC helped to transport home more than 1,000 former detainees. It was the largest wartime transfer operation the ICRC has been involved in for nearly 70 years. Two ICRC colleagues recall how events unfolded.
Article 13 November 2020 Yemen United Kingdom

"The night before was short, there was a lot of anxiety, a lot of things going on, a lot to think about," said Fabrizio Carboni, ICRC regional director.

The anxiety was understandable.

The operation to facilitate the release and transfer of former detainees between the parties involved in the conflict had been nearly two years in the making.

There was no room for error.

Transporting a large number of people between several cities in two countries, against the backdrop of conflict and a global pandemic, was never going to be easy.

"At the outset, there were a few last-minute hurdles," said Carboni.

"Each delay was problematic as the agreement was that all the planes had to take off at the same time. There was a lot of trust involved.

"A delay at one airport meant delays at the other airports. We had a short window in which to work so things were quite tense and stressful." 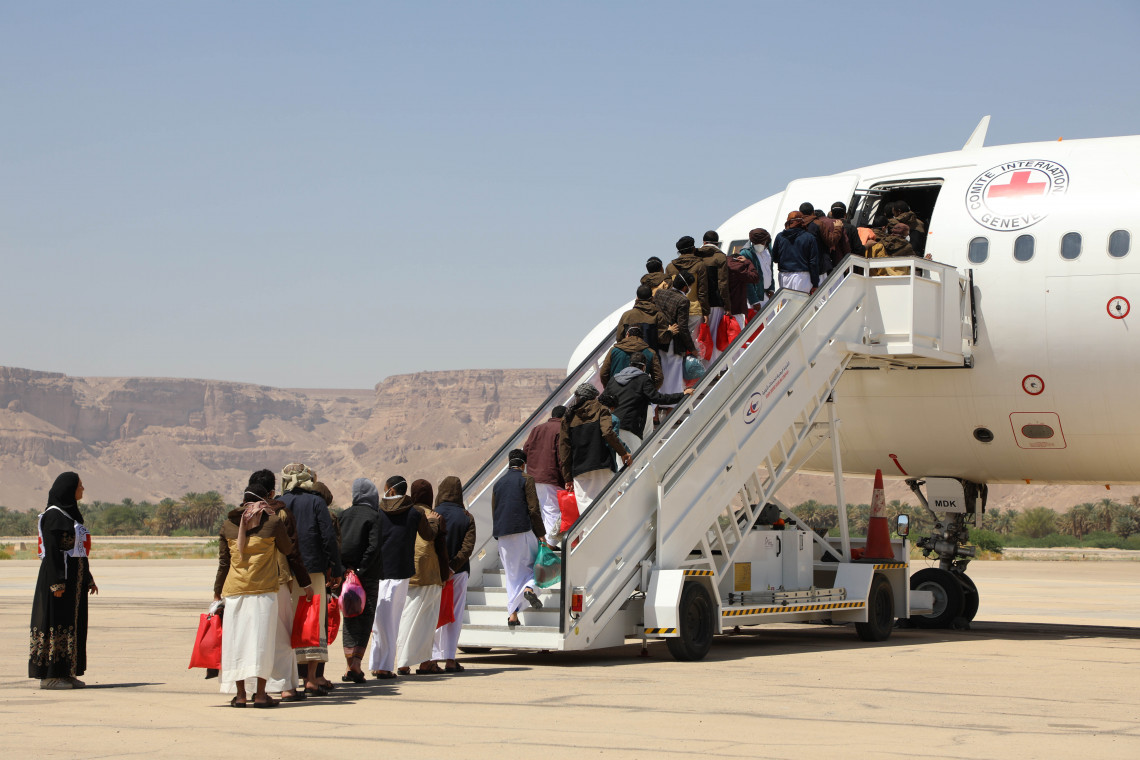 The operation, carried out together with the Yemen Red Crescent and Saudi Arabia Red Crescent Authority, was the result of September talks in Switzerland, which had built upon the Stockholm Agreement in late 2018.

The ICRC's role was to act as a neutral intermediary in transporting the former detainees.

"It was slightly chaotic at the airport, there were a lot of people on the runway, a lot of commotion and activity," recalled Carboni, who was in Sana'a.

"My ICRC colleagues were doing their best to iron out the last few details. Volunteers and staff from the Yemen Red Crescent were giving health advice on COVID-19. The sense of anticipation and expectation was growing."

All staff and former detainees had to wear masks, while physical distancing was also in place, as far as possible.

By mid-morning, two planes were ready to leave Sana'a. But a delay at another airport meant that they could not take off.

"You could see the tension in people's faces. Emotions were starting to run high at another delay," said Carboni.

"But eventually they took off and that was such a happy moment as it meant the operation was really happening."

Listen: An audio diary from Fabrizio Carboni, detailing how the two-day operation unfolded

By late morning on 15 October, five planes had taken to the air near-simultaneously from the Yemeni cities of Sana'a and Seiyun, and the Saudi city of Abha.

For those on-board, it was a hugely significant moment.

"I am waiting for the time I will be back to my family, I miss them a lot," said one detainee.

Some 400 miles away in Seiyun, Thouraya Ben Youssef was breathing a sigh of relief as she watched their plane leave the airport, bound for Sana'a.

An ICRC protection delegate normally based in the UK, Ben Youssef had been drafted in to help with the operation. 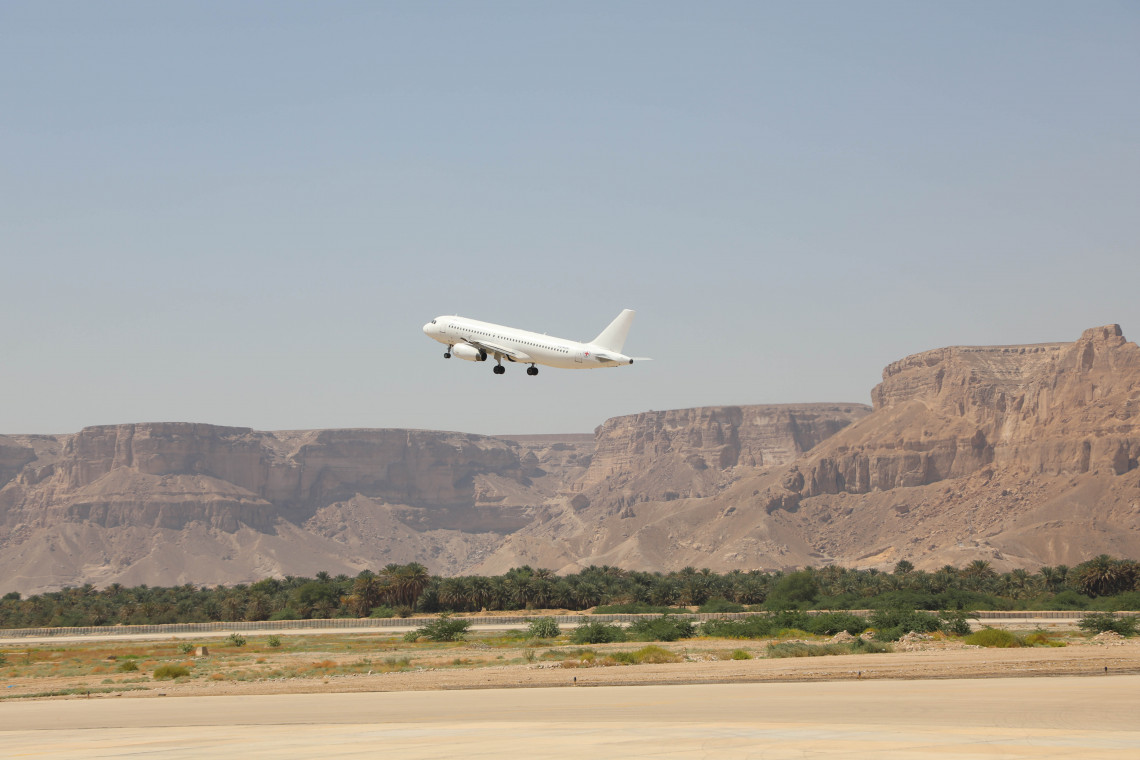 "When the plane took off you could feel a shift in the atmosphere. People relaxed, they knew the other planes from elsewhere had taken off, they knew it was happening," she said.

"We had to overcome huge logistical challenges to make things work. To begin with, the former detainees had a 10-hour bus journey just to reach the airport, passing numerous security checkpoints on the way.

"When they finally reached the airport and realised that they were really going home they began to chant with joy. It was a special moment." 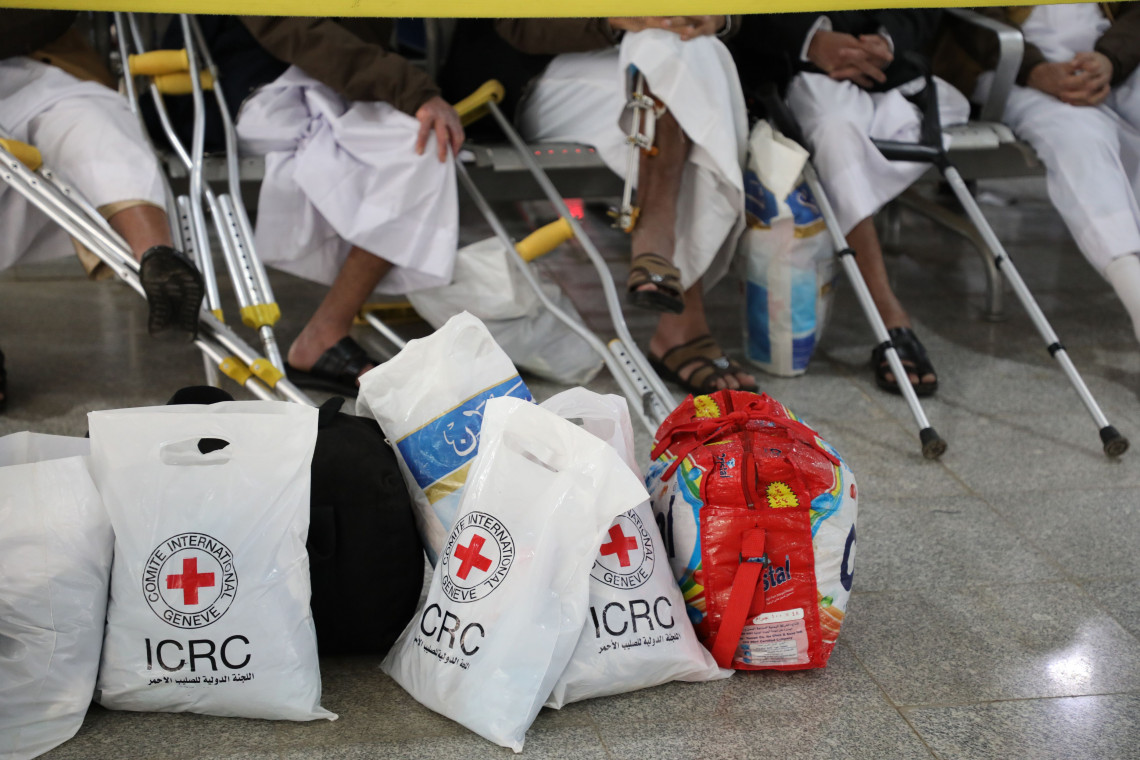 Many had war injuries, with several having to board the plane on stretchers.

At each airport, ICRC staff checked the identities of the ex-detainees. They were also provided with hygiene kits, masks, clothes, food and a small amount of money to help them get home upon arrival at their destination.

"They were happy to be going home. A lot of them said they wanted to get married. Others were looking forward to eating their mother's home-cooked food," said Ben Youssef.

"We may have been responsible for operating the flights, but this was more than a transport operation.

"From a humanitarian point of view, you have people who have been away from their families for years. For some families, they didn't know if their loved ones were dead or alive. So this operation reunited families and will enable those with injuries to get the medical care they need."

Over two days, the ICRC oversaw 11 flights between multiple cities in Yemen and Saudi Arabia. A total of 1,056 former detainees were provided with transportation back to their place of origin.

The last two days took us on a roller coaster of feelings: doubts, high expectations, hopes and happiness.
Now we are tired but content. Tomorrow is another day for @ICRC_ye and @YemenCrescent to continue with our humanitarian work for millions of Yemenis. pic.twitter.com/wcKNNHG6Q5

There is hope too that this operation could be the start of something better for the people of Yemen.

"At the end of it all, I sat in my room and listened to kids playing out on the streets," said Carboni.

"This release won't change the face of the conflict, but I really think that it gives us hope. It shows us what is possible with political will and compromise. It helps to build confidence and trust between the parties, which we hope will lead to further dialogue.

"Only the parties involved in the conflict can bring long-lasting positive change. Only a political solution can end the suffering and give those kids a better future."