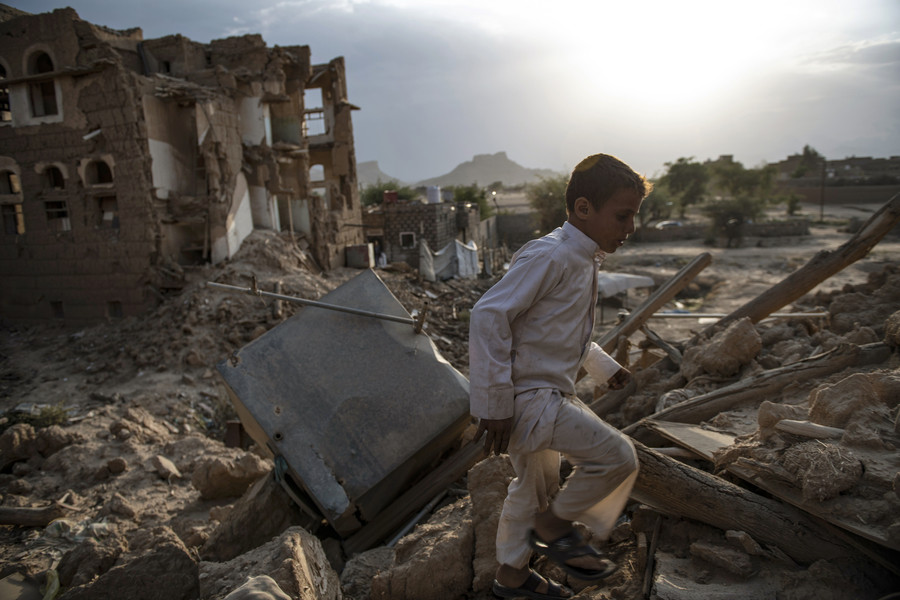 There’s an old Yemeni saying that if you truly want to know how people are feeling, you should look into their eyes. The eyes reveal everything.

Panic, loss, despair, death, fear – I’ve seen it all in the eyes of my people. I try to stay strong when I hear their stories. I try to impart strength and hope. But my eyes also tell the truth.

When the conflict in Yemen broke out, I wrongly assumed that it would only last a few months. Yet here we are, six years later.

Until you have lived in a warzone, you can’t really imagine what it’s like.

When you walk the streets, you are stalked by death. A stray bullet, sporadic fighting or unpredictable shelling. This is our normal.

I am not afraid of death. But I am afraid of what will happen to my five-year-old daughter if I depart this world. I live for her and I live to see the Yemen of old.

I’m writing these words because this year is a personal anniversary for me. It is 10 years since I joined the ICRC. A chance to reflect.

When I landed the job as a fresh-faced 23-year-old, I remember whispering to myself that life was finally smiling on me. I couldn’t have been more wrong.

When conflict broke out in earnest in March 2015, it was so hard to comprehend what was happening.

Neighbours and friends started abandoning their villages. People rushed to buy whatever food they could.

The country has been to the brink of famine several times since then. Even today, food shortages are acute and malnutrition rates are sky-high. 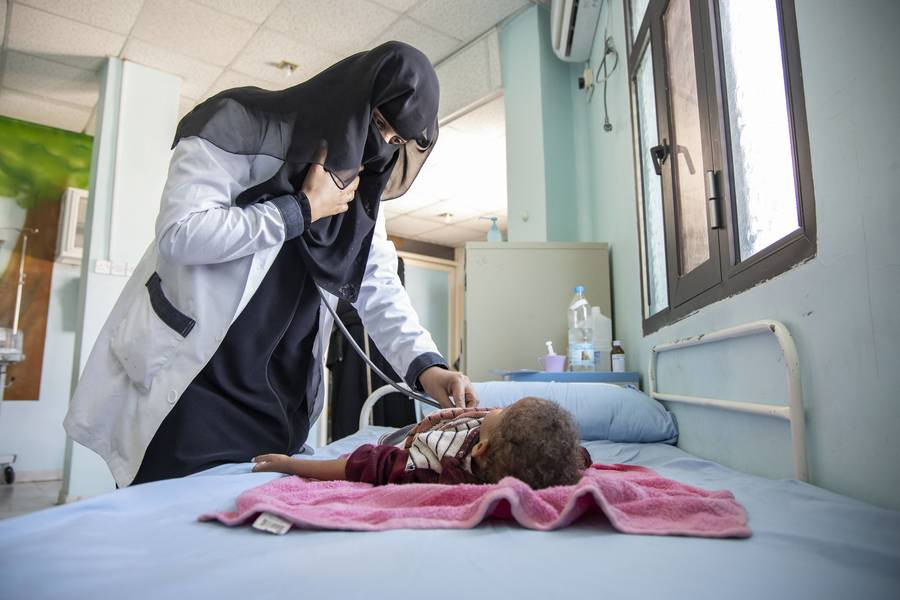 More than 16m people are ‘food insecure’. Insecure? I find this word strange. It hides the reality. Let me tell you what insecure looks like.

Women and children begging on the street for the smallest piece of bread.

Starving children with nothing on them but skin and bone. Food prices that have rocketed by 150%. This is the reality.

Sometimes I refuse to go shopping because I feel guilty buying food while others go hungry. I feel so helpless. The needs go beyond our capabilities.

My job means I have travelled to every corner of this beautiful country. It’s a privilege and I am lucky to have met so many people along the way.

The characters are different, but the stories are the same. I remember meeting an old lady undergoing treatment at one of the ICRC-supported cholera centres in Hodeida.

She showed me a picture of when she was young. She had so much beauty, so much energy in her face.

It had all gone when I met her. She was a different person. Her husband had been killed in a blast in 2016.

With no one to provide for the family, she and her three daughters have to walk the streets begging for food.

We talked, listened and cried together. Hers is only one story among millions. 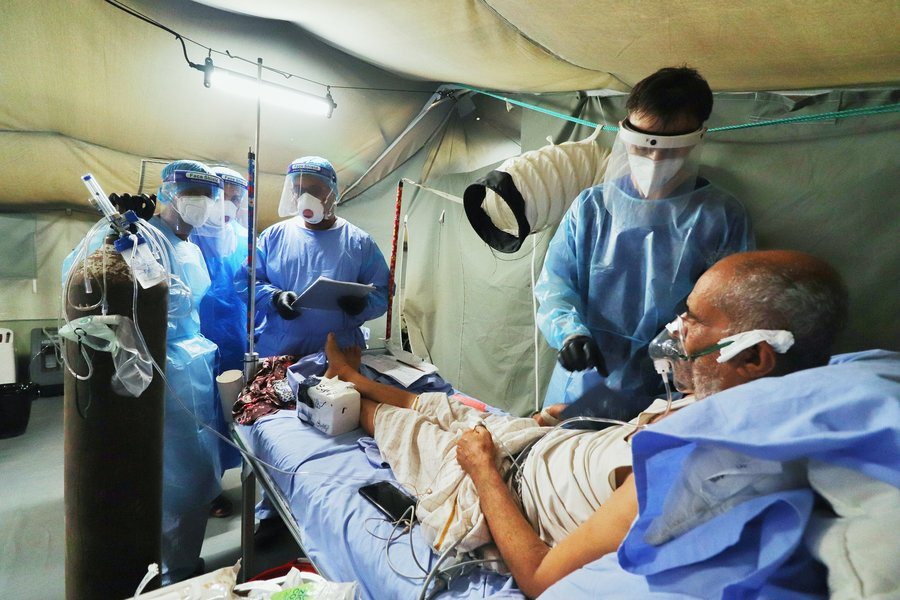 Cholera happens when people do not have clean water and proper sanitation.

The country is going through its worst ever cholera outbreak. As of December 2020, there had been more than 2.5 million cases and nearly 4,000 deaths.

Desperate people make desperate decisions to survive. It starts with selling your possessions – jewelry, clothes, furniture. Then you sell your house, knowing that you’ll end up on the street.

This is what war does. It crushes you in every way and forces you to make heart-breaking decisions.

But only recently have we started paying more attention to the damage that it inflicts from a mental health perspective.

I’ve met so many people with deep psychological problems. You think that they must be strong people to have survived this far. Maybe. But mentally they suffer every day.

The sound of shelling and explosions is a constant source of torment. Families can’t afford to pay for medical treatment so they live with the mental scars. 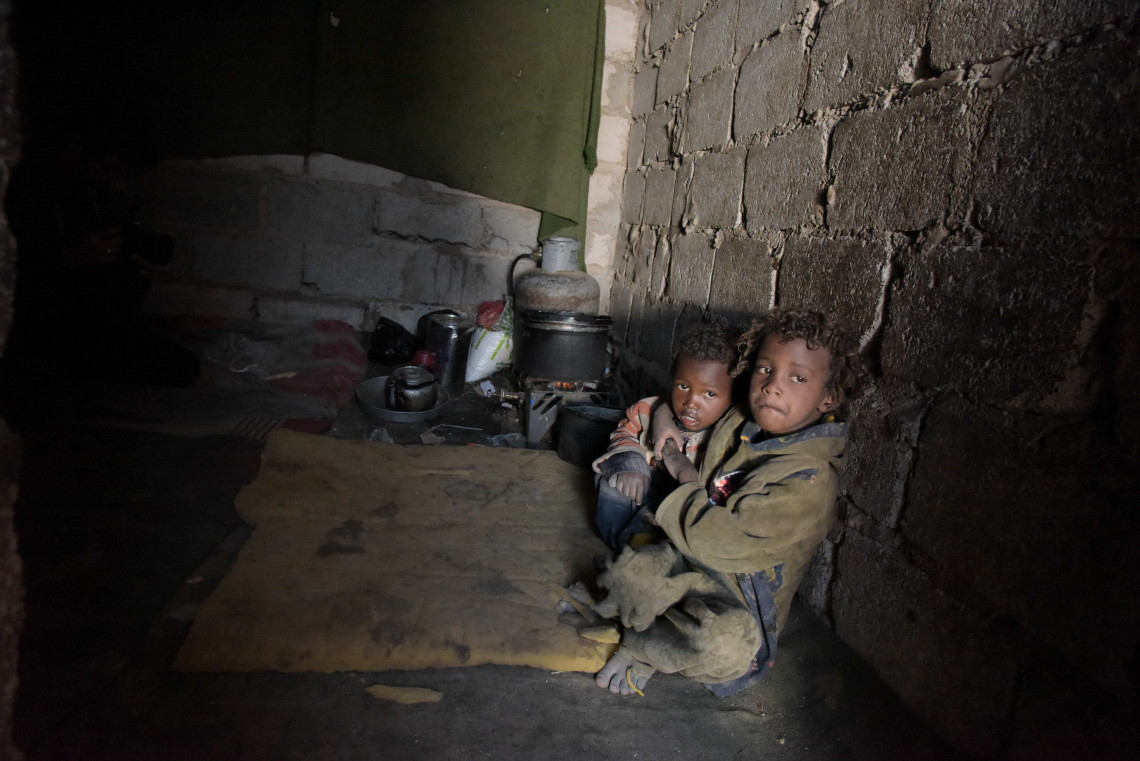 I worry about the impact on future generations. Children have witnessed so much violence and destruction and there just isn’t the support in place to help them.

I’ve met children who refuse to go to school for fear of being targeted. Some have retreated into their shell, becoming very quiet and introverted.

Others have become desensitized to the violence. The long-term mental-health consequences are going to be severe.

This is Yemen today. But I remember a different Yemen.

My Yemen was full of life and so vibrant. Unless you have been to Yemen prior to the conflict, you would not know how breathtaking the country is.

Yemen has stunning scenery: the ecological haven of Socotra Island; surreal Sana’a, one of the world’s oldest cities and a UNESCO World Heritage Site; the greenery of Ibb; the desert architecture of Hadramaut.

I used to see tourists from all over the world roaming the streets of the Old City of Sana’a, climbing the mountains of Taiz, camping in the vast desert of Hadramout, enjoying the morning sun of Aden.

This is the Yemen that I want to return.

Only peace can take us there and rekindle our hopes and dreams. Maybe then our eyes will sparkle with a more positive story. 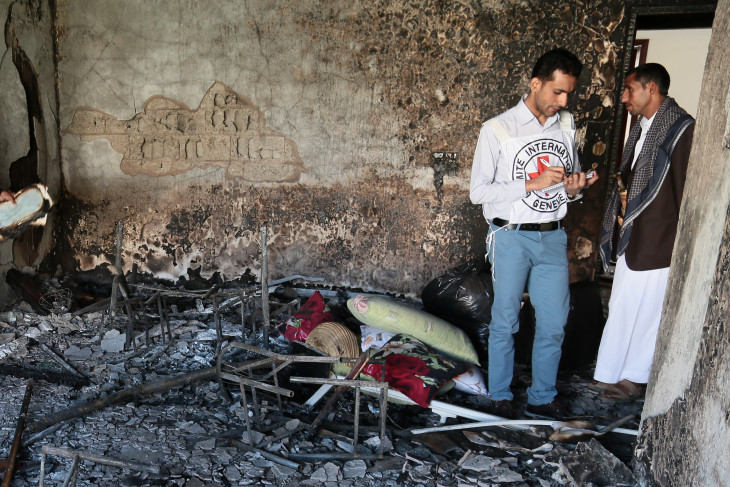 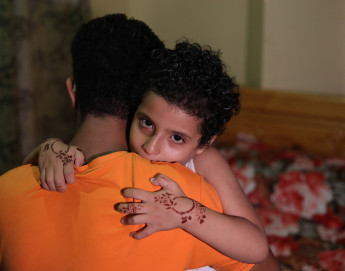 War in Yemen: Don’t look away from the world’s largest humanitarian crisis 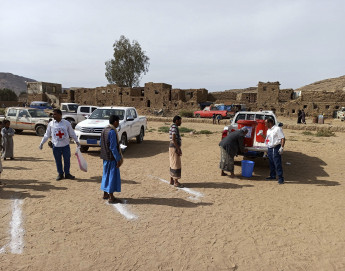 COVID-19: Our response in Yemen 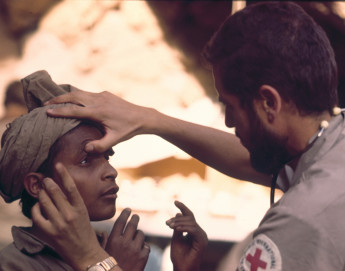 Yemen: The hardest part of being a doctor