Conflict in Yemen: Political solution needed to end the suffering

In the cramped conditions of Al-Mansoura hospital in Aden, the medical staff are doing their best. The heat and the dust do not make things any easier. Electricity and water shortages are an added burden.

There are periods of relative calm followed by periods of intense activity when more wounded are brought in.

"The effects of the fighting and import restrictions are having a dramatic impact on health care in different parts of the country," says the ICRC's president Peter Maurer. "Medicines can't be brought in, so patient care is falling apart. Fuel shortages mean equipment doesn't work. It's a terrible downward spiral that puts thousands of lives at risk." 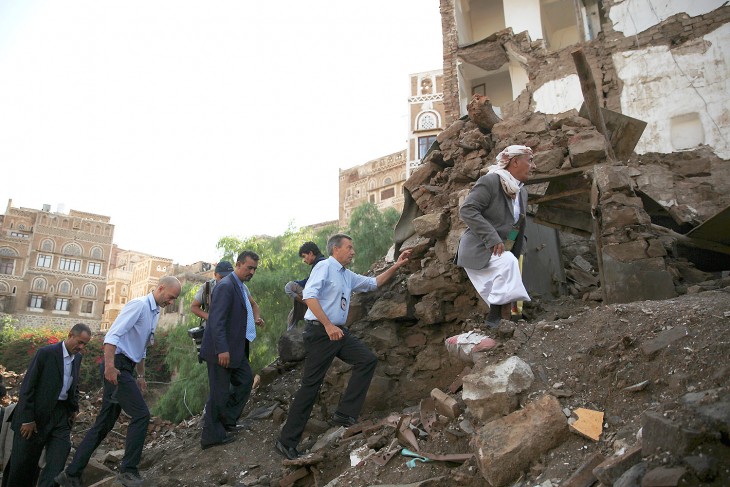 The president of the ICRC is shown damage in the old town of Sana'a./CC BY-NC-ND/ICRC/H Al-Ansi

Mr Maurer was speaking whilst on a three-day visit to the country which has seen nearly 4,000 people killed and 1.3 million people displaced during the recent fighting. He met leading officials in the country to discuss the humanitarian situation.

In the capital, Sana'a, some buildings have been heavily damaged in the old town and people have been forced to leave their homes. In other areas of the country, the situation is far worse. 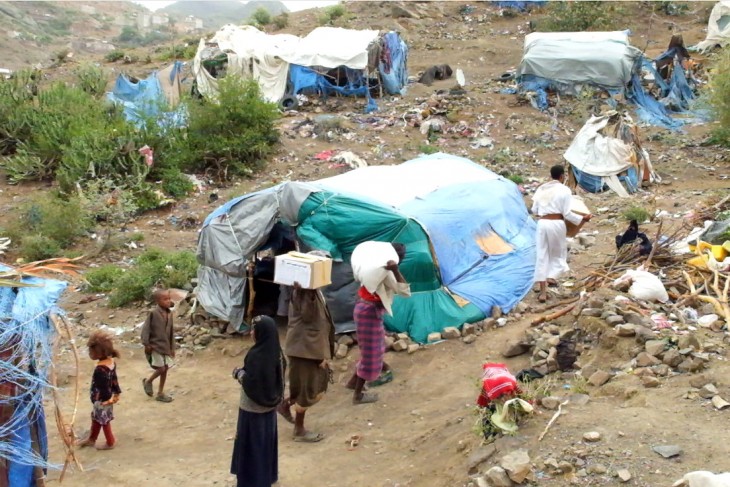 The ICRC distributes food parcels to the most vulnerable people, such as these displaced famillies, in Bani Mansour, near Sanaa./CC BY-NC-ND/ICRC

"The humanitarian situation is nothing short of catastrophic. The world needs to wake up to what is going on,"said Mr Maurer. Since the beginning of the year, the ICRC has helped supply water to more than two million people people and provided food and other essentials for more than 100,000 people. ICRC surgical teams, specialising in war injuries, have also been providing support.

"Yemen is crumbling. As a matter of urgency, there must be free movement of goods into and across the country. Deliveries of food, water and medicine should be facilitated. Minds need to be focused to find a political solution - and quickly," said Mr Maurer.

Even wars have limits (video clips)