Yemen: The safety net above the chasm below 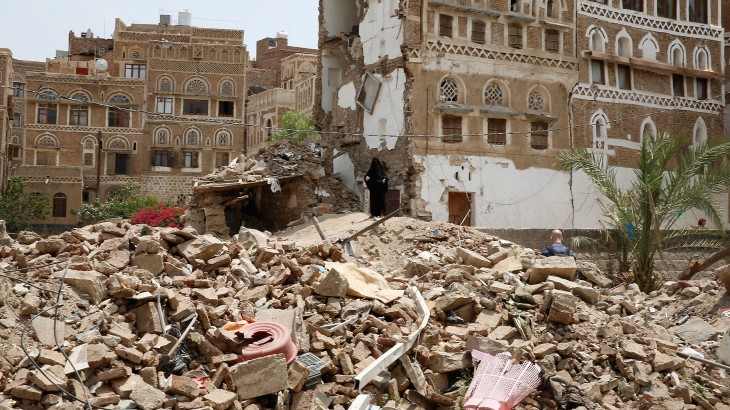 Suffering does not change its face. It is as perennial as bloody human conflict. I saw that recently in Yemen.

I met a man in the old city of Sana'a, the capital. A bomb had destroyed his home. And taken the lives of four of his loved ones. He was alone and desolate. You could see it in his eyes.

Four hundred kilometres away, across the front line, I met a teenage boy being brought into the emergency room of a hospital in Aden, terrible burns crisscrossing his body. A mine. The same bewilderment and despair in his face. 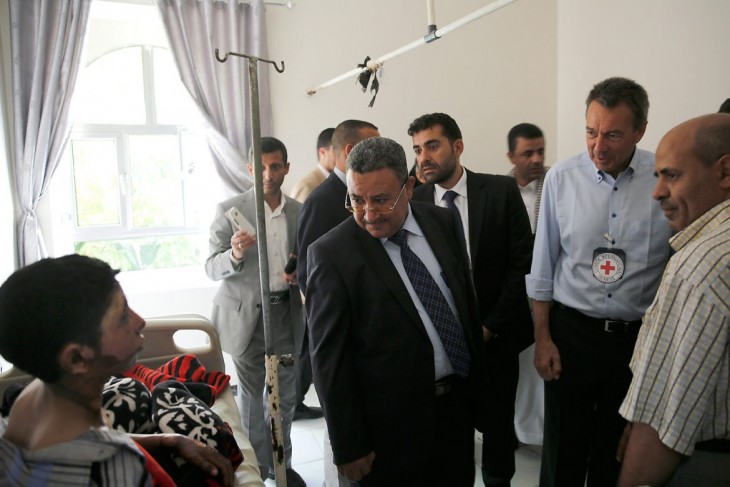 Mahmoud, a teenage boy who was the victim of a land mine in Aden is receiving treatment in al-Joumhouri Hospital in Sana'a CC BY-NC-ND / ICRC / H. al-Ansi

No one is immune. Just a few days after my return, I learned of the death of two of our own ICRC staff in the country: shot dead as they tried to help others.

The regionalization of the Yemen conflict has made matters more complex, and the humanitarian situation more precarious. Essential services like health, electricity and water, which had been hanging by the slenderest of threads, are now disintegrating. Solutions to the conflict ebb away with every fresh round of fighting.

But Yemen is just one of several Middle Eastern countries undergoing violent convulsion: we have all seen the destruction and chaos that is Syria and Iraq today. Beyond the Middle East, Africa is reeling from terrible bloodshed, from Mali to Libya, from northeast Nigeria to South Sudan. Conflict continues in Ukraine.

The suffering is intense and on an enormous scale. Peoples are on the move like never before, fleeing uncertainty and fear.

Against this backdrop, the UN is launching the Sustainable Development Goals. These set out targets in areas such as health, education, poverty and improving life in our cities. They are the successors to the Millennium Development Goals which ran until this year.

These goals, which admirably vow to 'leave no-one behind,' aim to set the international development agenda for the next 15 years.

But what do these goals mean in practice for a place like Yemen or Syria or Libya or South Sudan when daily survival is top, middle and bottom of the agenda? How can such places develop when, today, the very fabric of their societies is being torn apart?

They say that 'truth' is the first casualty of war. But there is another casualty as well: trust. As conflict escalates, trust crumbles away as surely as night follows day. A vacuum is created. Shells land, people die, trust is gone.

In these environments, humanitarian organisations play a vital role; providing the aid that keeps people alive. But as conflicts become more protracted and complex, and as the ability of states to maintain the fabric of their societies dwindles, so the role of humanitarian organisations - particularly the ICRC – is changing. And in a fundamental way. Short-termism is no longer an option.

Let me return to the situation in Yemen. One of the patients I met was being treated at a hospital which is run by ICRC medical staff: doctors, nurses, anaesthetists. The hospital was only working because we were there. Elsewhere, our engineers were working with the local water and sanitation corporations to repair the water pipes and sewage system damaged during the fighting.

ICRC staff were setting up new water distribution points, to provide more long term access to water. In another city, we are in the process of building an orthopaedic clinic. Our staff were even involved in dealing with garbage disposal.

In other words, we are dealing with more than just immediate basic short-term needs such as blankets and shelter. We are working on the very services that keep a community, a city, alive. For the medium to long-term. And we are not only doing this in Yemen, but in countries all around the world. We are trying to keep the fabric together.

As conflicts last longer, as the scale of needs increase, we are having to adapt. There is an increasing blurring between immediate humanitarian assistance and long term development needs.

And why is the ICRC doing this? Because we are in a unique position. The ICRC is able to go to places where no one else can and do things that others cannot, because of the principles that formed the foundations of our organization when we came into being 150 years ago; neutrality, impartiality and independence.

By following these principles to the letter, we are able talk to fighters on both sides of the frontline about the need to respect civilians. We are able to bring back some of the trust that has been lost. And that gives us the ability to do more.

As trust is nurtured, as hospitals are maintained, as water services are repaired, as electricity is provided, so we help provide the safety net above the chasm below.

And, by doing this, so we lay the groundwork for the Sustainable Development Goals to be achieved - once the guns have fallen silent and the country begins to get back on its feet.

Article by Peter Maurer, president of the ICRC, published on 15 September 2015 in Newsweek