Nowhere are the consequences of the global food crisis felt more than in the countries already facing humanitarian crises and torn apart by decades of warfare or instability – including those where the ICRC has some of its largest operations, such as Syria, Yemen, Mali, Ethiopia, Somalia and Afghanistan. 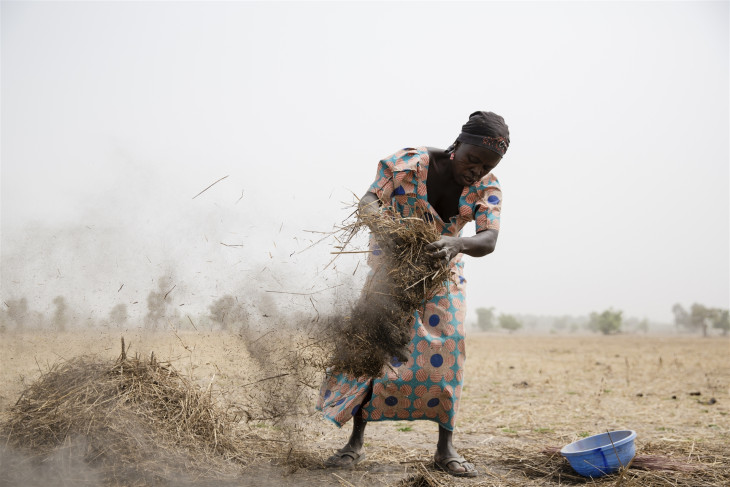 Yola, Nigeria - Rebeca lives in an informal internally displaced people settlement on the outskirts of the city. Her husband has been missing for four years and she works as a daily worker in nearby farms to feed her six children. To supplement her income, Rebeca collects leftover grains of rice in the fields after the harvest. Alyona SYNENKO / ICRC

Millions of people across the world, especially in Africa and the Middle East, are struggling to feed their families following shocks in the food, energy and finance systems. 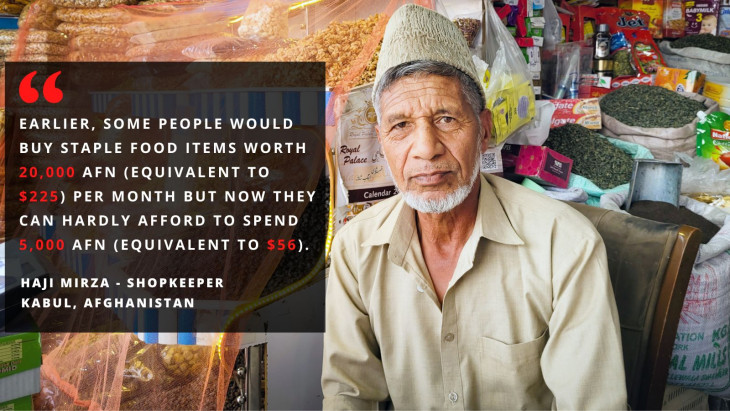 Robert Mardini, the director-general of the International Committee of the Red Cross (ICRC) called the situation urgent, with a narrowing window of time left to act. He added,

Without concerted and collaborative efforts, this risks becoming an irreversible humanitarian crisis with an unimaginable human cost.

Here are some key things to know about food security:

Food security means that all people, at all times, have physical, social, and economic access to sufficient, safe, and nutritious food that meets their food preferences and dietary needs for an active and healthy life, according to the United Nations' Committee on World Food Security.

“I once slept hungry for five days.”

How many people like Yusuf suffer from the Food crisis across #Africa? pic.twitter.com/HYsPP8Bl3j

A person is food insecure when they lack regular access to enough safe and nutritious food for normal growth and development and an active and healthy life, as stated by the Food and Agriculture Organization of the United Nations (FAO).

A food crisis, on the other hand, occurs when hunger and malnutrition rates rise sharply at local, national, or global levels.

While the armed conflict in Ukraine has dealt food security multiple blows, there are other key triggers of the current situation. These include COVID-19, climate change, the global water crisis, and armed conflicts to name a few.

These are the indelible marks of the food crisis in #Africa. pic.twitter.com/mKC7OMa3lB

Nowhere are the consequences felt more than in the countries already facing humanitarian crises and torn apart by decades of warfare or instability – including those where the ICRC has some of its largest operations, such as Syria, Yemen, Mali, Ethiopia, Somalia and Afghanistan.

When the cost of food, families struggle to put on the table.

"My family could afford a good meal at least once a week, but now we barely manage a good meal once a month," Ahmad Siar, #Afghanistan.

Our priority is to assist those in need https://t.co/wfyqlruEbt pic.twitter.com/y2erpEH4C1

In the last six months, the ICRC Economic Security Analysis established that there were stark trends in the market price review of 20 food and non-food commodities per country. These are basic commodities needed by the affected people to survive. 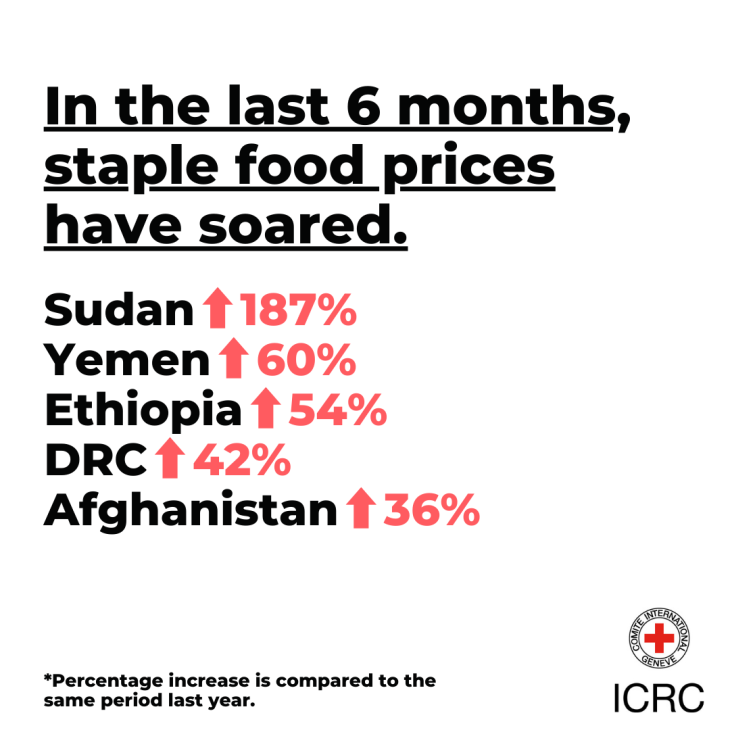 Each of these show a crisis-level increase in the price of their respective minimum food baskets over the past year.

There are worrying facts on the food crisis

First, in conflict, parties to the fighting have the primary responsibility to ensure the basic needs of civilians in areas under their control are met. They must protect crops, livestock, water structures and health facilities indispensable to the survival of the population. This includes facilitating rapid and unimpeded humanitarian access.

Second, funding to address the food crisis must be increased immediately to save lives. However, longer-term action to manage risks and strengthen resilience is also critical to prepare for the next crisis. We must ensure assistance reaches those affected by conflict and support climate-smart agriculture and pastoralist practices.

Third, meeting the scale of needs in the short-, medium- and long-term calls for leveraging the capacities of all actors, including humanitarian and development agencies, financial institutions, and local and regional authorities.

We need your help to respond to the urgent food crisis in Africa – to increase our food and cash support to the people most severely-affected.

Please support our work by making a donation today.

International Review of the Red Cross 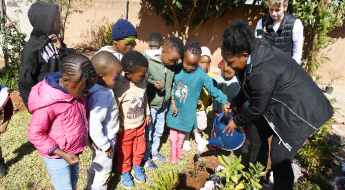 Garden of hope: ICRC and Mzanzi Organics team up to address food crisis (4)