The Empress Shôken Fund is named after Her Majesty the Empress of Japan, who, in 1912, proposed the creation of an international fund to support the peacetime activities of National Red Cross and Red Crescent Societies throughout the world.

The fund is managed by the Joint Commission of the International Federation of Red Cross and Red Crescent Societies and the International Committee of the Red Cross. Every year, the Joint Commission assesses grant applications from National Societies, in accordance with its rules of procedure, and announces its decisions on 11 April, the anniversary of the death of the Empress.

More than 30 National Societies applied for grants in 2016. The Joint Commission is pleased to announce its support – a total of 260,000 Swiss francs – for ten projects in Albania, Gabon, Kenya, Morocco, Colombia, Ecuador, Paraguay, Malaysia, Mongolia and Samoa.
Priority was given to projects by National Societies that may have been under-represented in the past; at the same time, the Joint Commission sought to ensure geographical diversity and breadth of activity. This year's projects cover a number of different areas: health, disaster preparedness and response, social welfare, and issues related to young people.

The projects selected focus on promoting social engagement, investing in people and developing community-based services for building resilience. They will also strengthen the volunteer and membership base of every National Society concerned, and improve its activities as well as its image within communities and throughout the country.

In Albania, rapid urbanization has created social tensions; and intolerance, discrimination and violence are major issues for young people. The project selected seeks to foster a culture of non-violence by involving more young people in the work of the Albanian Red Cross. The National Society will be celebrating its 95th anniversary in 2016, and is expected to benefit – in terms of visibility and support – from the project.

In Gabon, there are significant disparities in access to health services, and that is a major issue. The Gabonese Red Cross Society is the only organization that has a presence across the country. Through the project in question, 81 community agents in five provinces will be trained in basic health and first aid; this will strengthen the capacity of people in rural areas to take care of themselves. The project will build on the knowledge and experience of trained volunteers; it will also complement the services provided by the existing mobile clinic.

In Kenya, young people make up over 70 per cent of the Kenya Red Cross Society's volunteer base. In 2016, newly elected members will undergo governance and leadership training, with a view to improving the efficiency and the effectiveness of the National Society's activities. In the past, because funds were limited, only a few elected youth members were able to benefit from such training. As the current governance group consists of youth boards at all levels, more funds are needed. The grant awarded to the National Society will ensure that all youth representatives (212 youth leaders in 47 counties and eight regions) – who are the decision-makers at grass-roots level – are adequately informed for the duration of their three-year term.

In Morocco, the Moroccan Red Crescent provides social services regularly to vulnerable groups in the province of Chefchaouen, where the cold mountain climate makes life difficult, particularly for homeless people. This year's grant will enable the National Society to equip a centre for social exchange and inclusion, and to make the necessary assistance (food, clothes, shelter, and health care) available to homeless people, mainly women, children, the elderly, and mentally disabled people.

In Colombia, the region of Magdalena has been severely affected by deforestation, which has led to desertification; this, together with periods of drought or low rainfall, has caused serious economic, social and environmental problems. The project being funded aims to prepare communities to cope with the challenges posed by climate change; it also seeks to promote ecologically friendly ways of living and to foster support for community programmes that protect environmental resources as part of initiatives for sustainable development.

In Ecuador, many young people become sexually active comparatively early (between the ages of 12 and 15); this makes them particularly vulnerable to HIV/AIDS and other sexually transmitted diseases, and to unplanned pregnancy (which also means the end of their education for most girls). The project supported by the Shôken Fund will enable Ecuadorean Red Cross youth volunteers to run information campaigns targeting university students in Quito and Guayaquil, promote the use of condoms and testing for infections, and broaden awareness of the need for protection during sex.

In Paraguay, many young people are prevented from realizing their full potential by poverty, social exclusion, lack of education and job opportunities, and discrimination based on age. There is a need to create an enabling space for young people that will allow them to develop the skills necessary to become more active in their communities, especially together with their peers. The project selected will train youth volunteers at branch and sub-branch levels to help further young people's involvement in the activities of the Paraguayan Red Cross.

Malaysia is at constant risk from floods and other natural disasters. The Malaysian Red Crescent Society has, after training personnel in first aid and disaster management, set up a rapid deployment squad. The grant from the Fund will enable the National Society to buy equipment that will improve the quality of training and strengthen its capacity to respond to disasters.

Mongolia is undergoing a rapid process of urbanization, which increases the risk of accidents and natural disasters for many young families living in suburban areas. Mongolians make considerable use of mass and social media; and the Mongolian Red Cross Society is aiming to take advantage of this to disseminate materials developed by trained volunteers to improve public safety.

In Samoa, natural disasters occur frequently; the country is also afflicted with high rates of gender-based violence. Factors related to natural disasters increase the risk of such violence. The project supported by the Fund aims to prevent gender-based violence by broadening awareness of the issue among Samoans; it also seeks, by way of response, to facilitate access for victims to suitable care and promote resilience among groups that are most vulnerable.

Some projects awarded in 2014

In Honduras, young people – those who are no older than 30 years of age – make up 70 per cent of the population. Youth violence is a widespread social problem because of the links between illicit associations and youth gangs. Young people are often the object of suspicion or discrimination, and subjected to emotional and physical violence. 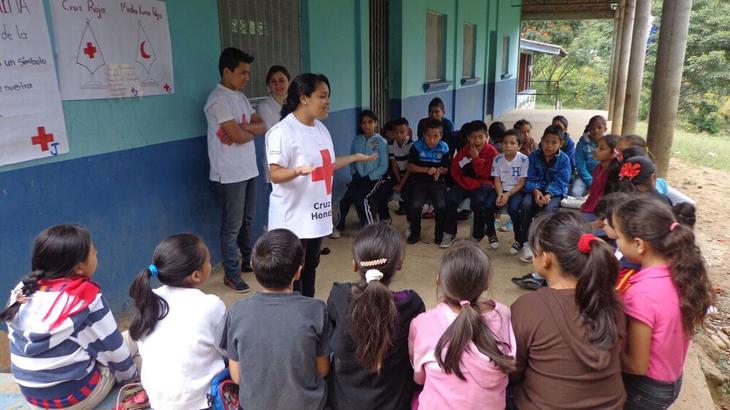 The Honduran Red Cross's project aimed to mitigate the risk of violence to children and vulnerable groups of young people at five schools in Tegucigalpa. During the implementation of the project, the National Society cooperated closely with teachers and directors at the schools, parents, and organizations active in preventing violence among young people.

The principal achievements of the project are listed below:

Red Cross of Serbia - Preventing the trafficking of children and young people (Sfr 19,890)

The Red Cross of Serbia's project sought to strengthen anti-trafficking efforts through interactive workshops for various groups: children at kindergarten; elementary and high school, and university, students; children from socially disadvantaged families; people served at soup kitchens; and Roma and disabled children. The aim was to strengthen their life skills and equip them to cope with various emotional and social challenges. 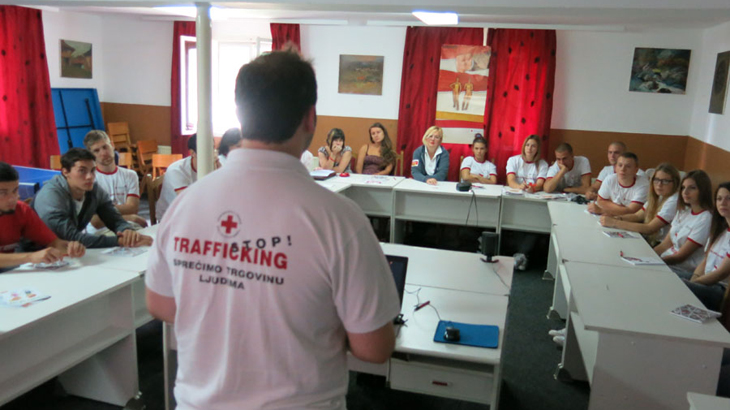 The project was implemented by the headquarters of the Serbian Red Cross in close cooperation with 35 local branches. It strengthened the National Society's ability to address the needs of particularly vulnerable groups and to prevent the trafficking of children and young people.

The principal achievements of the project are listed below: