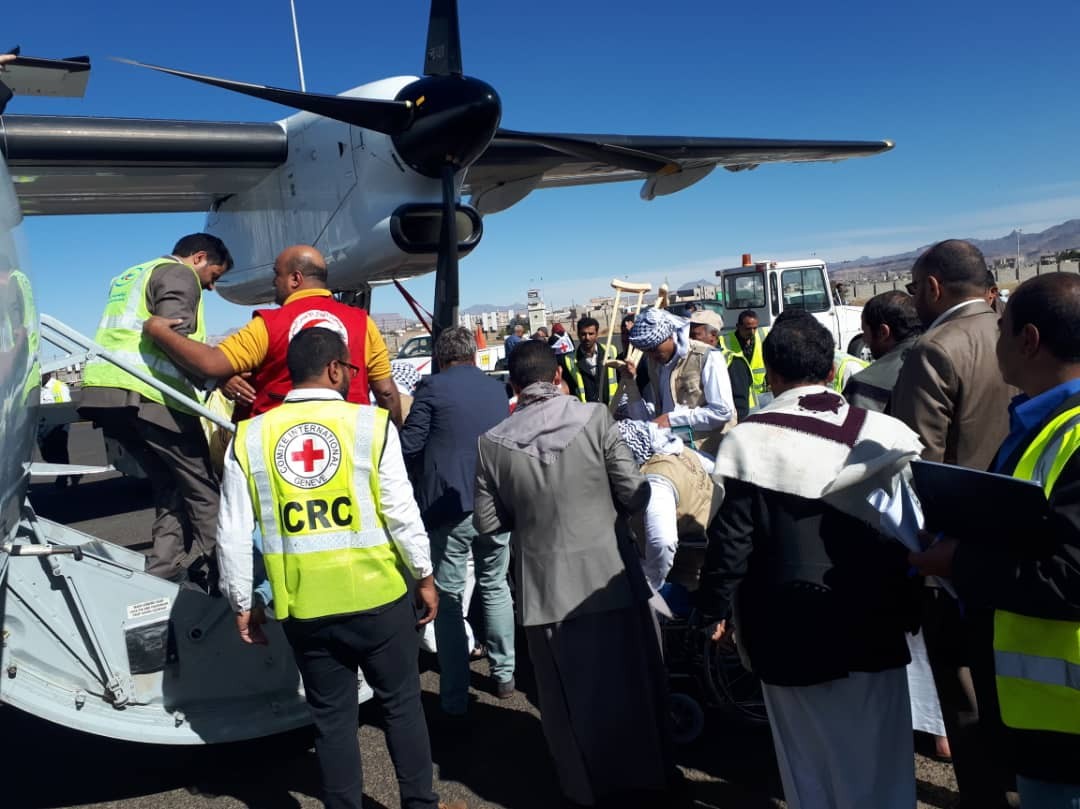 Geneva (ICRC) – The International Committee of the Red Cross (ICRC) on Thursday facilitated the repatriation of 128 detainees from Saudi Arabia to Yemen following a request from the Coalition's Joint Forces Command and in agreement with both parties.

Before the operation, the ICRC confirmed the detainees' identities and verified that they wished to be repatriated via pre-departure interviews at Khamis Msheit prison.

The ICRC sees the release as a positive step and hopes that it will spur further releases and repatriations of conflict-related detainees.

"This release is excellent news for the freed detainees and their families in Yemen with whom they will be reunited," said Kedir Awol Omar, the ICRC's head of mission in Saudi Arabia. "We hope that the release of these 128 detainees, but (sic) also the 290 detainees set free by Ansarullah on 30 September 2019, will create a positive dynamic and will allow more detainees to be reunited with their families."

In Sanaa, the Yemen Red Crescent played an essential role during the operation with 19 volunteers and staff, among them five first aid specialists, who assisted and transferred patients in six ambulances, from the airport to a health facility, for medical follow up.

The ICRC is acting as a neutral intermediary and was not involved in any negotiations that preceded the release.