Afghanistan: Facts and figures for 2014 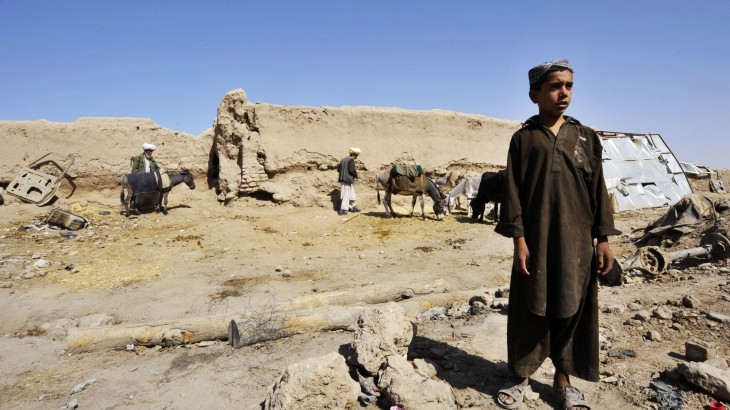 Civilians are paying a heavy toll in the ongoing armed conflict. The last 12 months were marked by large-scale and devastating attacks on the civilian population / CC BY-NC-ND/ICRC / R. Hashempour

The ICRC visits detainees in Afghanistan and other countries around the world to monitor the conditions in which they are held and the treatment they receive. In 2014, ICRC delegates regularly visited prisons run by the Afghan authorities, by nations contributing to the NATO-led International Security Assistance Force and by US forces. The ICRC also helps family members separated by conflict to stay in touch with one another, and endeavours to trace missing persons.

The 444-bed Mirwais Regional Hospital in Kandahar provides treatment and care to wounded and sick people. The ICRC provides support by supplying items such as drugs, medical equipment and consumables, and diagnostic and critical services such as surgery, obstetrics and paediatrics, in line with the Ministry of Public Health's 'Essential Package of Hospital Services' (EPHS).

In north-western Afghanistan the ICRC provided continuous support to the 150-bed Sheberghan Hospital, through the provision of medical supplies (pharmaceutical and consumables), non-medical supplies (stationery, cleaning materials and printing of hospital forms), logistical supplies (fuel and oxygen) and medical equipment. Assistance in maintaining and repairing equipment was also provided, along with quarterly assessments of laboratory facilities.

The ICRC runs seven prosthetic/orthotic centres in Afghanistan which provide rehabilitation services for amputees and other people with disabilities. The centres help disabled people regain their place in society by providing them with vocational training, micro-credit loans and home education for children. A home-care service offers medical, economic and social support to paraplegics who have difficulty travelling to the centres.

Food and other aid

In 2014, the ICRC in partnership with the Afghan Red Crescent Society (ARCS) provided emergency food and non-food items to 112,168 people displaced by conflict or natural disaster, helping them to meet their basic needs. Assistance was also given to improve infrastructures such as irrigation channels, protection walls and water gates, and 189 cash-for-work projects were completed, enabling households to better protect and cultivate their land, and in turn increase their food production and income.

In addition the ICRC:

Working in partnership with the Afghan Red Crescent Society

The ICRC works closely with the Afghan Red Crescent Society and provides it with technical and financial assistance to help it deliver services to the community and implement a range of humanitarian programmes.

Reminding warring parties of their obligation to protect civilians is a fundamental part of the ICRC's efforts to promote compliance with international humanitarian law (IHL) worldwide. The ICRC also spreads knowledge of IHL among civil society groups, government bodies and academics.