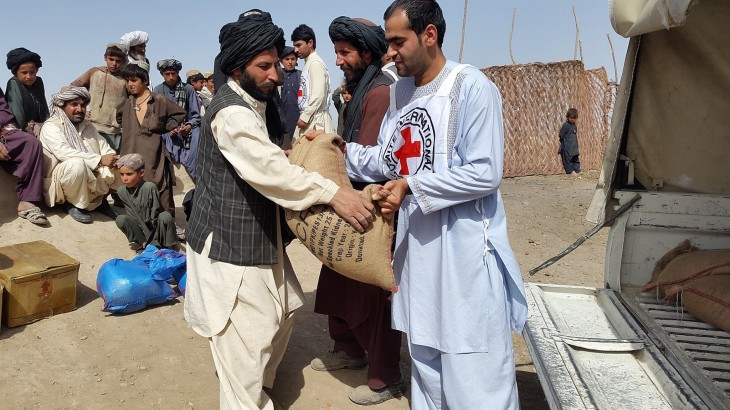 During July, August and September 2016, the ICRC, together with the Afghan Red Crescent, has helped displaced persons, supported communities deprived of safe water and health care and helped family members separated by conflict to keep in touch. Here is an overview of our work throughout Afghanistan during the last three months.

During the third quarter of 2016, security in Afghanistan remained precarious, and indeed deteriorated in many areas. Recent violent clashes between government forces and the armed opposition have forced thousands of families to flee their homes, and medical facilities have struggled to cope with the influx of wounded civilians and fighters.
Since the beginning of October, the ICRC has redoubled its efforts to remind all parties of their obligations under international humanitarian law, to underline the need for them to do all they can to protect civilians, and to ask them to guarantee safe access to health care and clean water.

Read the full text of our facts and figures for July to August and find out what the ICRC has been doing in Afghanistan.

The ICRC in Afghanistan, July-September 2016