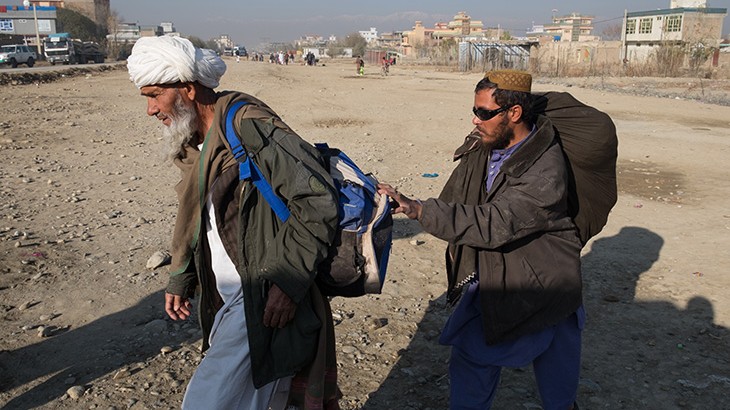 In 2009, Shah Nazar (now 18) was alone with his parents at their home in Farah Rod, a village in Bala Buluk district in Farah, where they ran a small grocery shop. His younger brother, Allah Noor (eight at the time), was in Farah city with his older brother working on construction sites to earn money for the family.

When fighting between the Taliban and US-led coalition forces erupted in Farah Rod, all the villagers sought refuge in a nearby market place. "During the night, bombs started to fall. One hit the place where we were sleeping," Shah Nazar recalls. "I passed out and woke up in a hospital bed in herat."

His two brothers were with him when he woke up. "They told me our parents were killed in the air strike. I couldn't see anymore and the doctors told me I would be blind."

On leaving hospital he and Allah Noor went back to Farah Rod, living alone in the family house while their elder brother looked for work in Farah or Herat.

Two years ago their brother was arrested, spending a year in Herat prison before being transferred to Pul-i-Charkhi. Since then, Allah Noor has looked for work on construction sites. "On average I work three days each week," he says. "It is enough for me and my brother to survive. But if we get sick, or when there are weddings or funerals in the family, we have to borrow. We can't afford to visit our brother in prison. And I can't afford to spend days away without working." 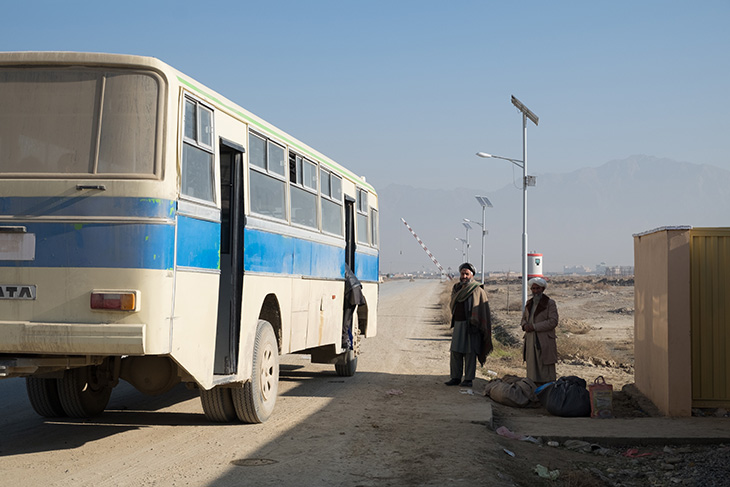 Since he is blind, Shah Nazar had to stop going to school. When his brother is out working he stays at home waiting. "We can't afford a TV or radio set so I just sit there doing nothing," he says. "Luckily my old schoolmates sometimes visit me and we have fun together. Mostly we gossip and joke about girls. Since I cannot see, it is not the same, but I still remember some of them from when I was younger," he laughs.

On the day of the visit to Pul-i-Charkhi, Allah Noor was so impatient he ran to be among the first to enter the prison, leaving his brother behind with Jamal Sardar, an elder from their village. Shah Nazar let the old man guide him by holding onto his backpack. In the waiting area he sat and started to doze, exhausted by the long trip. 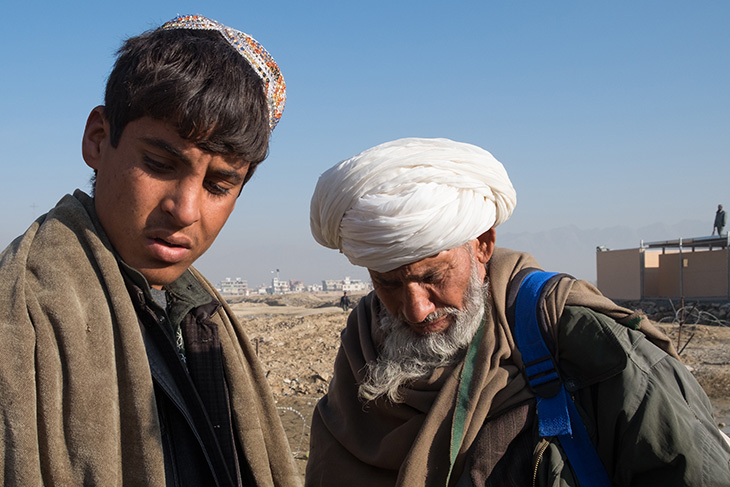 After visiting their brother, the rigours of the long journey and the long wait all seemed forgotten. While Shah Nazar had kept silent most of the day, he started to talk animatedly. "My brother's voice has changed, he is fatter, his skin is different and Allah Noor told me he has started to have grey hair. I guess that's normal as life in prison is tough. It was so great to be with him after two years. If we had not been helped to visit him today, I can't even imagine how I could have waited another decade until his release!"