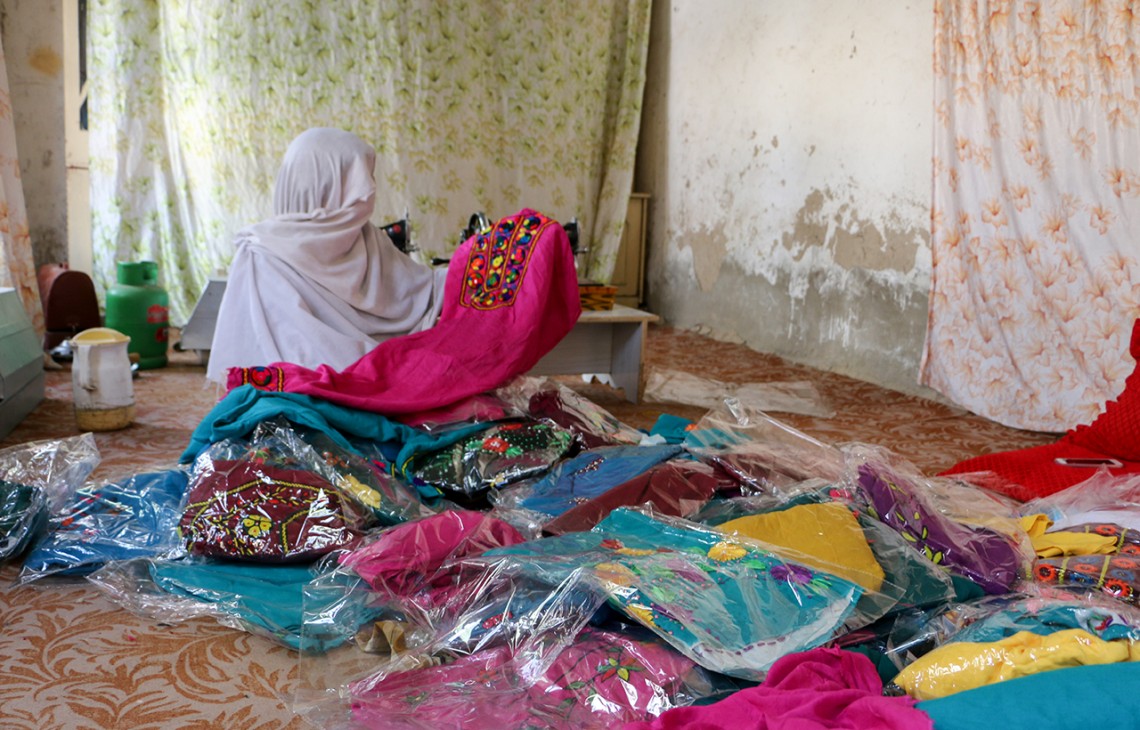 Afghanistan: One woman’s journey from housewife to successful business owner, one stitch at a time

In the last 26 years, 53-year-old Sherengol has survived the war in Afghanistan, lived as a refugee in Pakistan, moved back, lost a child to illness, become her family's sole breadwinner and started a successful tailoring business.

As men succumb to death and injuries in Afghanistan's long-drawn war, women and children are often thrust into the role of breadwinner with no preparation. Sherengol was in a similar situation when she enrolled in a month-long vocational training programme organized by the International Committee of the Red Cross (ICRC). Newly armed with the skills of tailoring and embroidery, Sherengol has not only built a successful tailoring business along with her daughters, but is also working as a trainer with the ICRC to help other women like her.

A life shaped by conflict

Sherengol and her brother grew up with their mother, living in a cozy home in Kandahar province. She was only one when she lost her father, so her mother took up tailoring to feed the family.

In 1979, when she was 14, Sherengol married a man from Helmand's Nad Ali district and moved there with him. There, she tended to two cows, selling their milk and yoghurt to supplement the family income. However, their prosperity was short-lived. As the Taliban rose to prominence, its members took over Sherengol's house, using it as a shield. Eventually, in 1992, the couple and their young family – three daughters aged three, two and one, and a son who was only a few months old – fled to Peshawar, Pakistan.

"There were rocket attacks almost every hour," recalled Sherengol of the time before she moved to Pakistan. "Once a rocket landed inside our house but luckily nobody was home. However, we saw two of our neighbours die in front of us. Finding food was also really difficult back then," she added.

In Pakistan, Sherengol wove carpets while her husband ran a small toy shop. Meanwhile, their family expanded. In 1994, Sherengol had one more son, followed by another in 1995 and a daughter in 1997. However, tragedy struck in 2009 when Sherengol lost her 12-year-old daughter to sickness because the family did not have access to any health centre.

Tired of living as refugees, the family moved back home so they could save money on rent and capitalize on the money they'd made in Pakistan.

However, they were in for an unpleasant surprise. "I thought we'd return to our own house and save rent, but the Taliban had taken over all of them," said Sherengol.

Her husband's brother came to their rescue, offering them shelter in his own house in Lashkar-Gah, where both families now live in a two-room house with a shared yard.

Three years after moving back, Sherengol's family is now 17 members strong, but she is the only breadwinner. Her husband, a former constable, was severely injured in a landmine-related accident in 1987 that killed 15 of his colleagues. Now old, his injury is compounded by diabetes, heart problems and his reliance on a single kidney.

To make matters worse, Sherengol's eldest son lost his leg in a suicide attack in 2008, leaving him confined to his bed. 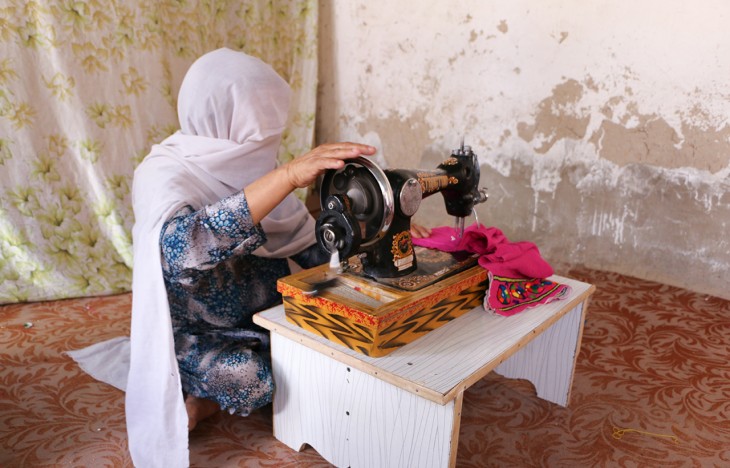 Picking up the pieces of her difficult life, Sherengol joined a month-long vocational training programme run by the ICRC in 2016. There, she learnt tailoring and embroidery.

After finishing the course, she was selected to train 20 illiterate women at a local NGO as part of a three-month project. Once done with that, Sherengol and her four daughters started a tailoring business at home, sewing and selling six to seven pairs of clothing per day.

"Now everyone in my family thinks I'm a hero," says Sherengol proudly. "Even my brother-in-law, who was unhappy when I started the ICRC course last year, is supportive. He even encouraged his wife to learn tailoring from me," she added. 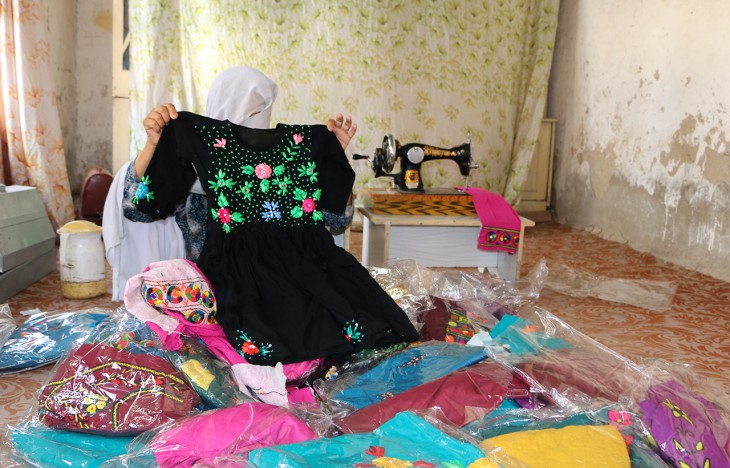 While the income from the business varies month to month, Sherengol says she makes enough to keep things running. "Some months, I earn around 7,000 Afghan Afghani (Afs) with which I can purchase all the necessities for my house and medicines for my husband and son. And sometimes my income rises to 20,000 Afs, which I can rely on during leaner months," she explained.

The ICRC's training programme has given Sherengol and her family hope for a better future. She said, "My son's injury left our family shattered. However, I am happy that I am able to work, using the skills I learned last year. I am grateful to the ICRC for giving me this opportunity."

Her family has benefitted from her work too. Sherengol's youngest son is a school graduate who now works in a metalwork shop. In the past few years, two of her daughters and one son have gotten married as well.
Her ambitions don't stop there. Now, Sherengol wants to empower other women like her. This year, the ICRC started another vocational training programme in Lashkar Gah, and Sherengol was selected to train 40 women, who, like her, have become their families' sole breadwinners due to conflict.

"I can transfer my skills to other ladies and enable them to work for themselves," she says.

Over 40 years of conflict have irrevocably altered life in Afghanistan. With men dying or losing their limbs, women and children are frequently left alone to fend for themselves and their families. Providing women with the skills and opportunities to work doesn't just improve the families' future, it also strengthens the entire community.