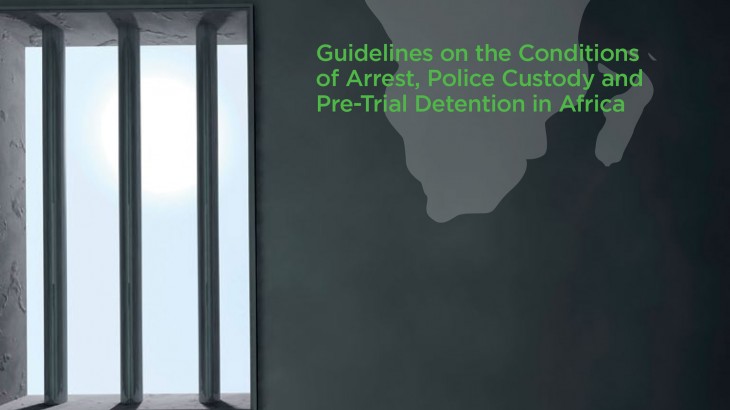 The ICRC held a meeting with the African Policing Oversight Forum’s coordinator, Sean Tait, on 7 February 2017.

The two parties discussed common interests and opportunities for collaboration such as detention, policing standards, human rights, countering violent extremism and policing issues at the African and national levels as well as during peace and security operations.

The possibility of organizing a launch of the English-Swahili bi-lingual version of the Guidelines on the conditions of Arrest, Police Custody and Pre-Trial Detention in Africa (Luanda Guidelines) was also discussed. The document was translated and printed by the ICRC in collaboration of the African Commission for Human and People's Rights (ACHPR) and African Policing Oversight Forum (APCOF).

APCOF is a coalition of police oversight bodies and practitioners whose trustees and Advisory Board members form a network of expertise bringing together leading practitioners to promote a continental agenda and facilitate shared learning and experiences.