An age of turmoil: Peter Gill on the future of humanitarianism 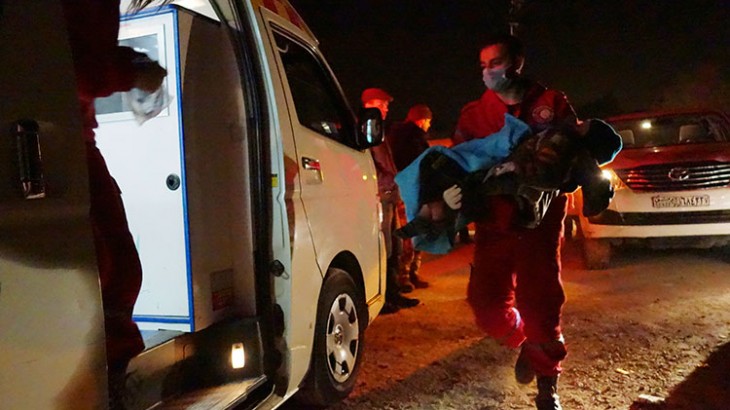 Peter Gill is a journalist specializing in developing world affairs and author of four books. His latest, Today We Drop Bombs, Tomorrow We Build Bridges: How foreign aid became a casualty of war published this month, takes a hard look at the politicization of aid. Travelling to some of the most conflict-stricken places on earth to reveal the new relationship between aid agencies and western security, Gill poses the crucial question: Can Western nations go to war in a country and aid it at the same time?

Ahead of the World Humanitarian Summit, we sat down with Gill to discuss this future of aid, humanitarian principles, and the role of the ICRC in a changing world.

1. How would you encapsulate the key challenges facing the concept of humanitarian action in our age, for humanitarian organizations such as the ICRC?

We are living at a time when the western world's security interests are deeply engaged in the worst of modern conflicts, and this puts immense strain on even the best of the aid agencies. In addition to all the problems of staff safety and access, one key challenge in this era is upholding the central importance of humanitarian principles in bringing relief to stricken populations. Few of them can claim real independence or to uphold the classical principles of humanitarianism, so it becomes doubly important for the ICRC to proclaim its commitment.

2. Critics of the ICRC have accused the organization of clinging to outmoded principles. How convinced are you that the ICRC is sticking to the right path?

I am constantly struck by the vehemence of the commentary against the humanitarian principles, notably from certain academics who argue that ICRC's approach is part of our 'nostalgic past,' that its principles are the 'protestations of traditionalists' and that those who try to follow them are like 'the aged people in an isolated village' clinging desperately to an ancient language. I believe these assaults should strengthen rather than weaken the ICRC's resolve to stick to its mandate.

3. Is the Red Cross still a symbol of protection, or as you quote in the book, has it become "more like the cross hairs"?

This striking quote came from Manuel Bessler who once worked for the ICRC and is now head of humanitarian aid for the Swiss government. He made the observation after the killing of an ICRC delegate in Libya in 2014. In this era of turmoil, it is an unfortunate fact that some armed groups make little distinction between soldiers, diplomats, journalists or aid workers. In this they are encouraged by the dependency and partiality of much of the aid sector. It does not mean that agencies such as the ICRC and Médecins Sans Frontières should abandon their principles. They need rather to reaffirm and proclaim them.

4. You devote a considerable amount of attention to our own Alberto Cairo - the title is a quote from him – why did you choose Cairo in particular and what does his role exemplify for you?

I decided to tell something of the aid story in Afghanistan through three aid workers who impressed me. One was an American Quaker heading Save the Children, the second was a British convert to Islam working for Islamic Relief and the third was your own extraordinary Alberto Cairo who runs your artificial limb units. He is the most experienced aid worker in Afghanistan and his 25 years in the country give him unique insights into the country's recent turbulent history. He is forceful and candid in his opinions, and he follows the dictates of his own conscience and judgement. It is no accident that an observation of his – in fact quoting his Afghan friends and contacts – should have become the title of my book.

5. In your book you write that if humanitarianism "is to survive and flourish in the twenty-first century, its principles need to be reasserted." Ahead of the World Humanitarian Summit, how would you propose doing that in this current "age of turmoil"?

Happening at this critical time and so close to the Syria disaster, one would expect to find some optimism about the outcome of this Summit in Istanbul. Yet I learn from diplomats and humanitarians that expectations are modest at best. Where there should be ambition, there is only downbeat calculation of how little might be achieved. The decision of Médecins Sans Frontières to withdraw from the Summit is a very serious blow. There can still be progress towards getting more decision-making into the hands of local and national civil society, and away from the 'big boys' of the western aid world. Other technocratic matters will be addressed. But there is a serious danger that too little attention will be paid to the need to reassert the fundamental values of humanitarianism.

6. Confidentiality, discretion, and a "painstaking even handedness" is a big part of the ICRC's modus operandi, as you explain in your book. You question whether the ICRC should speak out more but what do you believe should guide this choice?

In the course of my research, I was persuaded that the ICRC can achieve a lot without shouting, and I say so in the book. I am referring here to the vital area of the ICRC's relations with states where 'confidentiality' and 'discretion' can ensure progress towards humanitarian goals. There is also a case for being slow to condemn one side or another in complex and intractable civil conflicts. However, the ICRC's fundamental principles need to be promoted far more strongly within the humanitarian aid sector itself and to the general public, particularly in the democratic West. With many big aid agencies acting as contractors to governments in conflict zones, there is danger that the value and centrality of Red Cross and Red Crescent principles will be overlooked. The ICRC needs, in my view, to conduct an outspoken advocacy mission in this area.