Sexual violence never happens by accident. It is always intentional, and this has a crucial implication: it can be prevented. With sexual violence a prevalent feature of today's conflict situations, the ICRC is stepping up its response to help the victims and to prevent this crime from happening in the first place. The ICRC Australia Mission recently sat down with Tanya Brown, an Australian delegate who is currently the ICRC's Protection Coordinator in Niger, to find out more about how the organization is pushing back against sexual violence.

Sexual violence is an issue globally, not just in contexts of armed conflict. Being the victim of rape in peacetime is horrifying enough. What are the additional issues that victims face when they have been attacked as part of a war?

Whenever someone experiences sexual violence, whether in peace time or in war, they face a range of physical and psychological consequences. It is key for the survivors to have unimpeded access to a wide range of services, including clinical, psychological, psychosocial and economic support to help them face the negative effects of such violence. Survivors of sexual violence in conflict face additional challenges. Firstly, it is often not the only abuse that they experience – sexual violence in armed conflict often happens in conjunction with a number of other violations, such as physical assault, ill-treatment, threats, and kidnappings. Furthermore, the insecurity of the situation, and the range of vulnerabilities that victims of war experience, make it all the more difficult for survivors to access the crucial services they need.

Can you tell us about ICRC's response to sexual violence?

Part of the ICRC's role is to assist survivors of sexual violence to access the services they require, often in complex and dangerous environments. Clinical and psychosocial support to survivors is a key component of ICRC's programs. Such support is always provided as part of a broader emergency health-care approach benefitting the general population and victims of all types of violence, to ensure that survivors of sexual violence can access services, without being labelled or stigmatized.

In some contexts, we speak directly with victims of sexual violence, always ensuring we create a confidential and safe space for them to share their experiences. ICRC teams strive to provide survivors with information about their rights, to advise them what services are available and to facilitate access to these services. The ICRC can also support health structures through infrastructure development, medical donations, and capacity building, and sometimes provide health services themselves, such as psychological and psychosocial support.

Our efforts also include engaging communities to minimize the risk of victims being blamed for the violence that has been committed against them. In some contexts, this type of cultural change happens over the long term, but the ICRC still encourages small steps in a positive direction. This community engagement allows the ICRC to better understand how we can support victims, and how we can help people to reinforce their own protection mechanisms to prevent abuse. The ICRC may also provide alternatives to harmful coping mechanisms, for example through micro-economic initiatives, or cash assistance programs.

The ICRC also works on a range of activities to prevent attacks from happening in the first place. Can you tell us about your efforts in this regard?

The ICRC raises this issue with weapons bearers, whether state or non-state, emphasising the absolute prohibition of sexual violence under international law, and highlighting the devastating humanitarian consequences. Dialogue with weapons bearers is often undertaken by a team of experts, which could include ICRC communications professionals, legal experts, protection officers specialising in assisting victims of sexual violence, as well as armed and security forces delegates specialising in working with police, gendarmerie, militaries and non-state armed groups.

These delegates are often former senior officers themselves, with proven field experience, which helps greatly when it comes to relating to weapons bearers. They are able to say: "Listen, I've been on the ground, I've managed troops and I know what the challenges are. Let's have an open, honest conversation about the issue of sexual violence".

What challenges does the ICRC face in its efforts to prevent sexual violence from occurring?

One of the main challenges is the invisibility of sexual violence. Whether in peacetime or during times of armed conflict, victims often do not speak out as they experience shame, or fear repercussions. Families and communities can also be hesitant to talk of the issue, or may even play a detrimental role by stigmatizing or rejecting the victim. This prevents victims from accessing essential services or reporting the crime that has been committed. Particular segments of society can be especially invisible – for example, it is common that male victims do not come forward, even though we know cases exist. It is therefore very hard to get a full picture of the phenomenon.

To counterbalance this invisibility, and based on data from different contexts, the ICRC has decided to adopt an approach where we assume that sexual violence is occurring, regardless of whether we have received direct allegations or not. This ensures that we plan ahead and are prepared for any potential cases, but we also conduct proactive sensitization sessions with weapons bearers and with communities themselves, in order to prevent sexual violence from occurring.

In line with this proactive approach, the ICRC works with different organisations, such as government authorities, health providers, or international organisations, to discuss the needs and gaps in the field. This ensures the most extensive comprehension possible of the scope of sexual violence in any particular context. This helps teams to assess which communities may be most in need of support, and target which armed groups or militaries to talk to.

Sexual violence never happens by accident. It is always intentional, and this has a crucial implication: it can be prevented. There are a range of factors that can aid prevention of this crime, ranging from developing a clear legal framework, doctrine, and manuals to guide weapons bearers, reinforcing the command and control of troops during operations, and establishing mechanisms to investigate and sanction a soldier if he commits a violation. In our dialogue with commanders of militaries and armed groups, we discuss how to improve their preventive strategies, asking questions such as: What is your military's position on sexual violence? Have the troops received training in this regard? What measures would be taken should such a violation occur? Organised weapons bearers will often have already had these discussions internally, which is a strong contribution towards preventing sexual violence.

Can you give us an example of where the ICRC's efforts with militaries or armed groups has led to a measurable change in behaviour?

Measuring changes for such a phenomenon is always tricky. Due to the aforementioned invisibility, it is very difficult to obtain even a credible baseline about how many people are affected. We must also keep in mind that the ICRC's efforts are part of a wide variety of actions undertaken, be it by state authorities, other humanitarian organizations, the international community, or indeed the affected populations themselves.

Having said that, we can share anecdotal impressions about the impacts of our prevention activities. In some contexts, we have seen that the ICRC has managed to convince stakeholders to investigate cases that we have brought to their attention. In other situations, we have also heard from victims themselves that authorities who have been sensitized to the humanitarian consequences of sexual violence are more understanding, better coordinated, and more attentive to avoiding re-victimization than before. 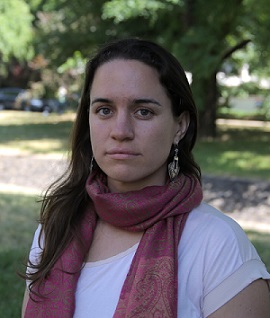