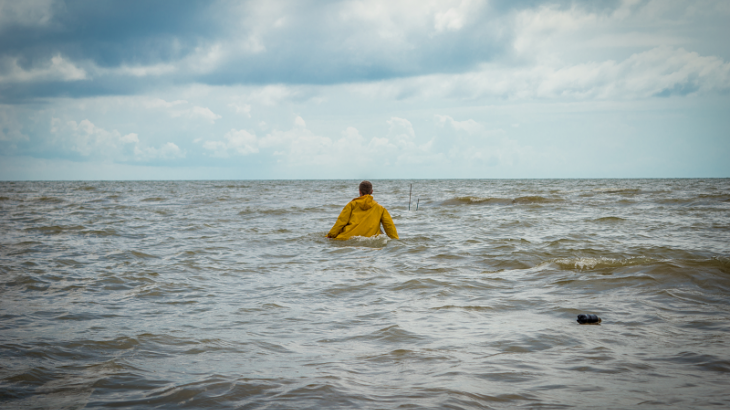 A fisherman in Berdyanske sets out to the sea. CC BY-NC-ND / ICRC/ Y. Nosenko

Residents of the villages scattered along the shore of the Sea of ​​Azov between Mariupol and Novoazovsk had always felt blessed by fortune. There was never a lack of people wanting to spend a lazy vacation there by the sea, and fish stocks were the envy of the world. In Berdyanske, for example, a village whose residents are all fishermen, spring and fall would be dedicated to fishing trips. In the summer, locals could rent their homes to tourists who came from across the Donbas to rest on the coastline.

Then came the war. Now the tourists are gone and the shoreline is decorated with signs installed by the International Committee of the Red Cross (ICRC) warning of sea mines. Shelling has disfigured many of the houses; two, which were completely destroyed, had to be completely rebuilt by the ICRC.

Fedor Fedorovich is the owner of a ruined house in Shyrokyne. This village is located on the contact line itself, and it has been completely abandoned by its residents. The hard truth is that there is no point even attempting to rebuild Fedor Fedorovich’s home since there is shelling in Shyrokyne every night. A new building could be reduced to rubble at any time. 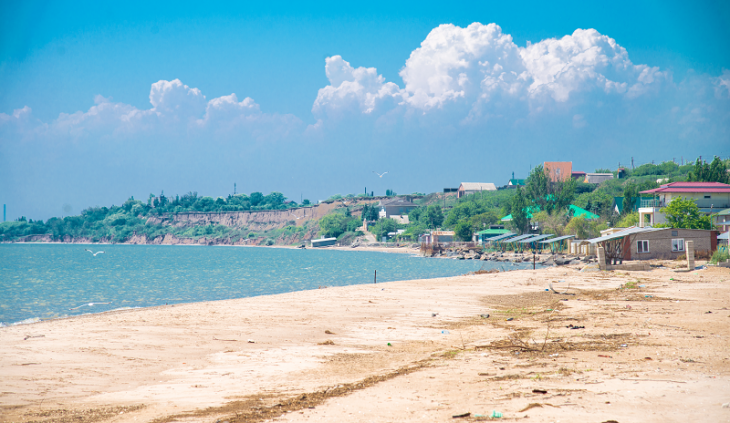 “And I thought this would be the children’s house," Fedor Fedorovich sighs. “Even before the conflict, everything that I earned from fishing, I invested in this house. I dreamed of how the children would live there, perhaps raise my grandsons there. But it turns out that all I can leave them is this house that my father had built,” he says, gesturing at the older family home, where he has been forced to move his family.

Fedor Fedorovich is 61 years old. His youngest son is 10, Fedor’s own age when he first went out to sea. Fedor’s father had fled to the shores of the Azov Sea from Bulgaria in 1943. When his father died, the 10-year-old Fedor was suddenly faced with the obligation to provide for his mother and younger sister. He says that so are fishermen made: the eldest remaining man in a family becomes its head, and even if he is just 10 years old, other fishermen take him seriously.

Fedor looks like the hero of a Jack London adventure novel: strong, tanned, with a piercing gaze. Even though he says he has been forced at some time or another to bail every bucketful of the Sea of Azov from the deck of his boat, he continues to fish, despite the increasing dangers.

Vitaly Barikov, acting head of the village council, described the typically stoic mindset of Azov fisherfolk. “The people in the fishing villages along the sea take another attitude to danger; they are used to looking her in the eyes every day,” he said. “After all, if a fisherman falls overboard in the spring or late fall there is practically no chance to save him. And closer to winter there are waves here that easily turn fishing boats.” Of course, since the war began, danger has assumed other forms. In 2014, shelling killed several children in the neighboring village of Lebedinske.

Today, 118 adults and 17 children live in Berdyanske. According to the acting head of the village council, Vitaly Barikov, everyone who could leave has done so. In 2016, the coastline extending from the village of Shyrokyne, where the contact line passes, to the Mariupol outskirts, was mined. That year mines killed three men in the sea, but fishermen continue to go out to fish. There is no other way to survive.

During Soviet times the village had its own fishing fleet that ranged across the Azov, supplying a fish processing plant in Shyrokyne. Off Berdyanske itself, the small numbers of fish meant fishing was not an industrial pursuit. Today, the conflict has changed that, and fishermen like Fedor are forced to try to make a living from Berdyanske’s poorly stocked waters. 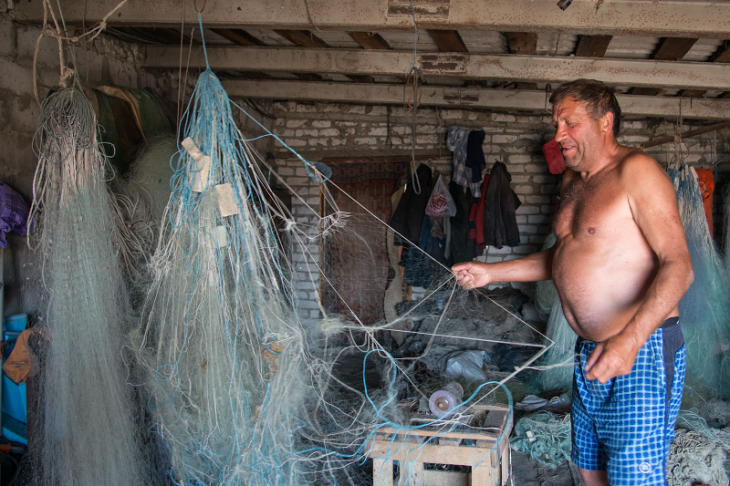 He catches mostly clupeonella and European anchovy. Sometimes it is possible to catch the redlip mullet and Blacksea anchovy. With the onset of the conflict, industrial trends have changed the sea's currents, which fish always swim against. Fish such as pike-perch have become a rarity, while catching flounder, previously abundant, has been forbidden. If earlier fishermen could catch up to nine tons of fish, now four tons is considered a good catch.

When asked if it is it not terrible for him to live in a village that could be shelled at any moment, Fedor does not answer. Having finished his coffee, he walks to the part of the site where he keeps his chickens and ducks. He generously sprinkles corn around himself and the birds flock to peck it from the ground. Among them are a pair of peacocks – evidence of those good, pre-conflict times.

After a few minutes, Fedor tells of how a sea mine was caught in a net last year, and how only by chance no one died. Then he describes the first time he saw what had happened to his house in Shyrokyne, of which only two walls remained and nothing else.

It becomes clear that the old fisherman, who has seen death with his own eyes more than once during sea storms, is afraid only of what he does not know: what more can he expect from the conflict? Will it be possible to fish in the sea? And the most important thing: will there be anything to leave to his sons?