Brazil: With more than 80,000 people reported missing in 2018, families are still searching for answers 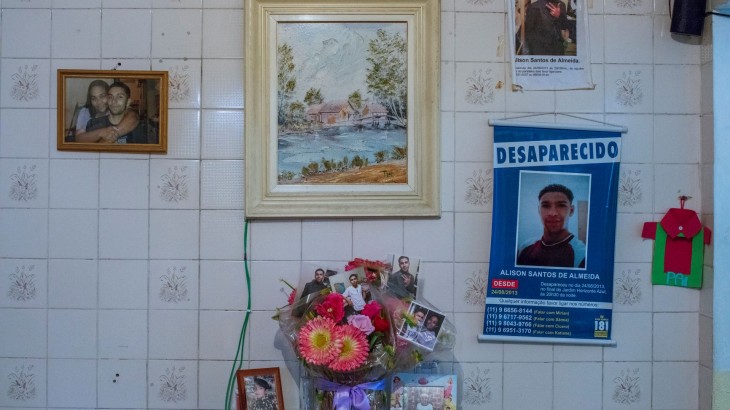 Brazil (ICRC) – The International Committee of the Red Cross (ICRC) has been closely monitoring the publication of data collected by the Brazilian Forum on Public Safety (FBSP) on reports of missing persons since 2017, particularly considering that these circumstances are one of their top priorities in Brazil.

According to the 13th Brazilian Yearbook on Public Safety, released on 10 September 2019, 82,094 people were registered as missing in the country in 2018. The study adds that this year's figures were in line with last year's numbers, when 83,701 cases were reported.

"The relatives of missing persons have the right to know the fate and whereabouts of their loved ones," stated Simone Casabianca-Aeschlimann, chief of the ICRC's regional delegation to Argentina, Brazil, Chile, Paraguay and Uruguay. "They face a wide range of difficulties that come from these disappearances, including psychosocial, economic, legal, administrative requirements, and other issues."

The ICRC believes that addressing the problem of missing persons from their family experiences and their participation is critical. "If they are given a more central role, efforts can be made in the right direction," asserted Marianne Pecassou, the coordinator of protection for the ICRC regional delegation.

Pecassou added, "Gathering data on missing persons is important, but we need to realize that it does not account for how many of these people were found. Nor does this data estimate the amount that are underreported – cases where family members, for one reason or another, had not reported the disappearance to the police."

The ICRC has made themselves available to Brazilian authorities at the federal level, along with the states of São Paulo and Ceará, to support them in responding to this humanitarian plight. The organization has been working on assessing the needs of the family members of missing people since 2014, offering recommendations and providing technical support to the authorities, as well as devising care methodologies for relatives that are suited to the situation in Brazil.

One of the families, assisted by the ICRC, is that of Leonardo Campioto from São Paulo, who has been missing since 2007. "My life ceased," Leonardo's mother, Dalva, recounted. "I don't even go to the doctor's office anymore. My family crumbled. They give me sleeping pills, but I don't sleep. I'm wide awake at three in the morning. It's a horrible experience. I'm thinking about him 24 hours a day."
To shine more light on the subject, the ICRC launched an immersive exhibition A falta que você faz (The void left behind) at the Dragão do Mar Art and Culture Centre in Fortaleza (CE), this year. The exposition includes pictures and videos in which family members relay their experiences living with the absence of a loved one (Find out more about the show here). The show was exhibited in Brasilia in 2017, and again in São Paulo in 2018. The organization also released a campaign, which focuses on the issue of missing people in Latin America.