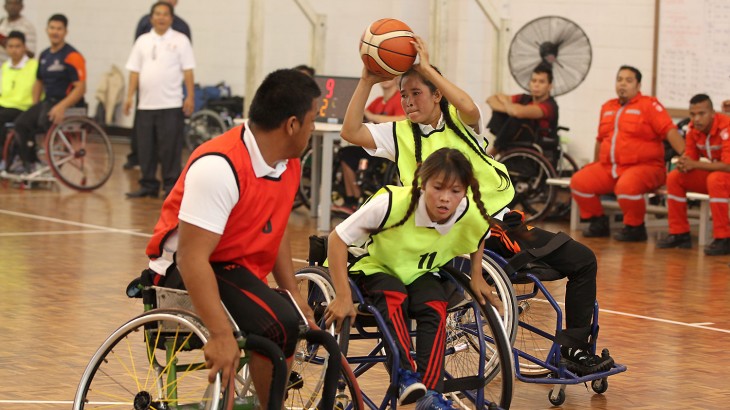 In June 2012, the first ICRC-sponsored women's wheelchair basketball team was established in Battambang, in northwest Cambodia. Since then, this initiative has had a life-changing impact on the lives of many women living with disabilities.

Lors Nimol was 19 when she stepped on a landmine. Disabled, she was rejected by her friends and community. But she coped with her new reality. She credits the encouragement of her immediate family, who were her strength at that time.

"After I stepped on the landmine, I did not really know what happened," recalled Nimol, "but when I woke up in the hospital the doctor told me that I had lost my legs. At that moment, all I felt was total hopelessness."

Nimol is one of an estimated 150,000 disabled people in Cambodia, many of them suffering from the after-effects of conflicts which ravaged the country from 1969 to 1999.

Strength and solidarity in sports

Change came to Nimol in the form of Sok Chan, captain of the wheelchair basketball team based at the ICRC-supported Battambang Physical Rehabilitation Centre. Sok Chan persuaded her to not only seek assistance from the centre, but also to join the team.

Nimol has since not looked back.

At the centre, Nimol found strength in others like her and learned how to be independent again. Today she is a proud member of the wheelchair basketball team and an advocate for the rights of people with disabilities. 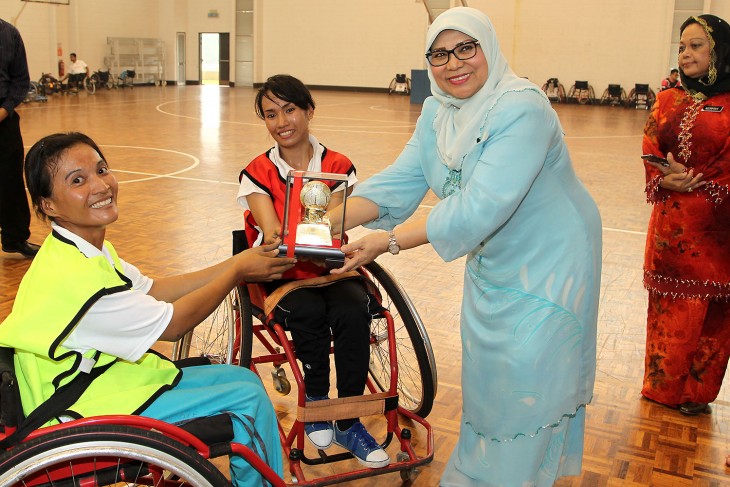 Nimol summed up her experience, saying:

I can now talk about my problems to other people living with disability and gain strength. Previously, a lot of people saw my disability and thought that I couldn't do anything.

While negative attitudes towards those living with disability still prevail in Cambodia, today there are 40 female athletes benefiting from rehabilitation programmes supported by the ICRC at centres in Battambang and Kampong Speu.

In October, eight players from both centres were selected to play in an exhibition match in Kuala Lumpur alongside players from the Malaysian Wheelchair Basketball Federation.

More than just a game

The match – which showcased the abilities of the players instead of focusing on their disabilities – was jointly organized by the ICRC and the ASEAN Malaysia National Secretariat in conjunction with the ASEAN Disability Forum 2015. Guests included representatives from government, agencies and various disabled organizations – all of whom were vocal supporters during the match.

Jeremy England, ICRC's head of delegation in Kuala Lumpur, expressed his gratitude for the support received from the ASEAN National Secretariat: "We are particularly pleased with this collaboration, especially in support of ASEAN's vision for a people-oriented, people-centred community where all people, stakeholders and sectors of society can contribute to and enjoy the benefits from a more integrated and connected community."

The event also gave the ICRC an opportunity to emphasize the importance of social inclusion for all. 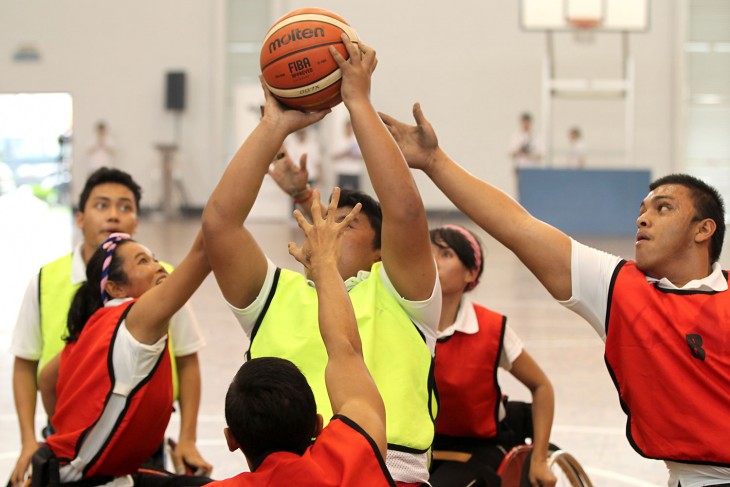 Bart Vermeiren, ICRC head of mission in Cambodia, said: "The overall objective lies beyond just basketball skills. We want these women to gain self-confidence and a sense of self belief, despite the challenges of a disability. They need to believe in what they can do, what they can produce; and that confidence will help them better integrate into civil society."

The exhibition match in Malaysia was the first step towards other international tournaments for the Cambodian team. All eight team members expressed their delight in visiting the country for the first time and are now looking forward to similar experiences in the future, hopefully at the 8th ASEAN Para Games in Singapore in December.

Philip Morgan, ICRC physical rehabilitation programme manager in Cambodia, said: "The team trained hard and learnt new skills which they now want to test regionally and perhaps even further afield. We want them to be role models and advocates for disability sports – indeed the next champions from Cambodia!" 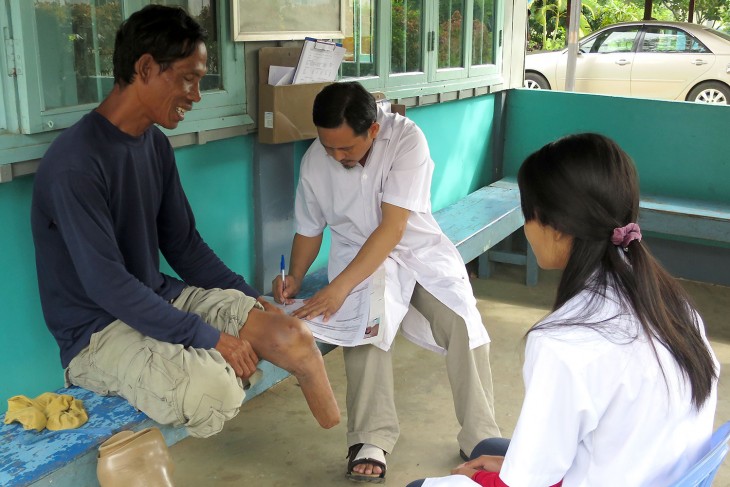 Worldwide, the ICRC's physical rehabilitation programmes provides support to over 163 centres in 48 countries. Hundreds of thousands of people have benefited from services such as the provision of prostheses, orthoses, wheelchairs and walking aids, and physiotherapy. 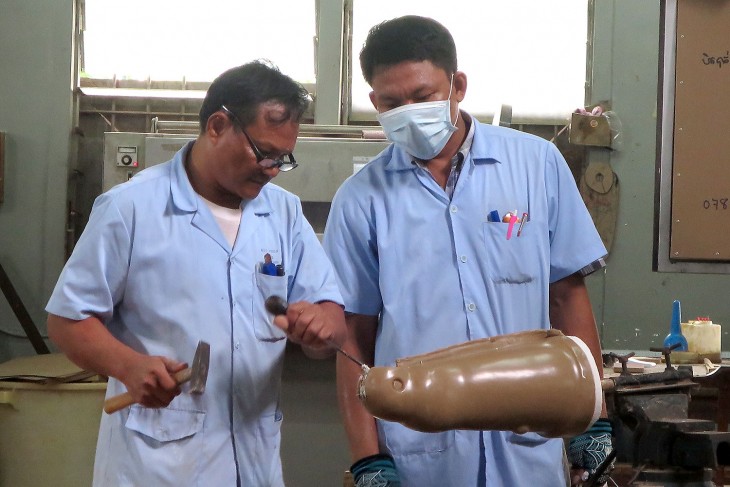 In Cambodia, the ICRC works closely with the Ministry of Social Affairs, Veterans and Youth Rehabilitation in support of the Battambang and Kampong Speu rehabilitation centres and the Phnom Penh orthopaedic component factory. The factory now produces some 13,000 components for prostheses and orthoses, as well as 4,300 pairs of walking aids which are supplied to 11 Cambodian physical rehabilitation centres.