Central African Republic: our work in 2017 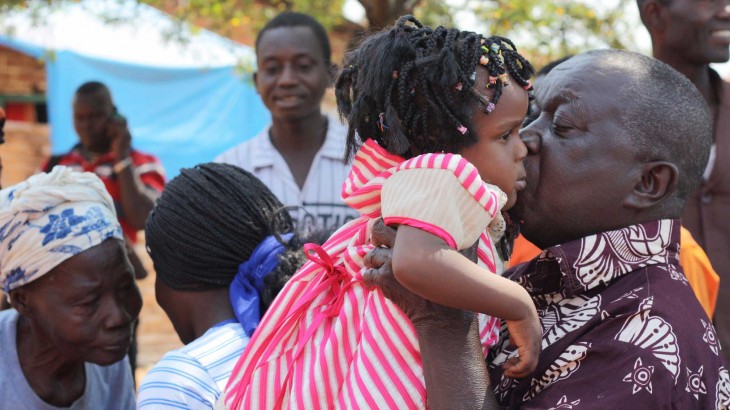 A girl who had been separated from her family is reunited with her grandfather. CC BY-NC-ND / ICRC / J. Barry

During 2017, the security situation deteriorated dramatically in the Central African Republic (CAR), causing massive displacement of rural communities as a result of fighting between a proliferation of armed groups and other arms carriers. Almost one fifth of CAR's five million population today live as internally displaced persons (IDPs) or refugees.

We have provided assistance for the displaced and other vulnerable communities, conducted medical evacuations, treated the wounded, improved urban water supplies, visited detainees and promoted respect for international humanitarian law (IHL), especially with regard to the protection of the civilian population and that of medical facilities, personnel, patients and transport. Many of our activities were carried out in collaboration with the Central African Red Cross Society. The ICRC has a delegation in Bangui, sub-delegations in Kaga Bandoro, Bambari, Ndélé and Bangui (covering the west of the country), and an office in Birao.

Highlights of our work between January and November 2017: