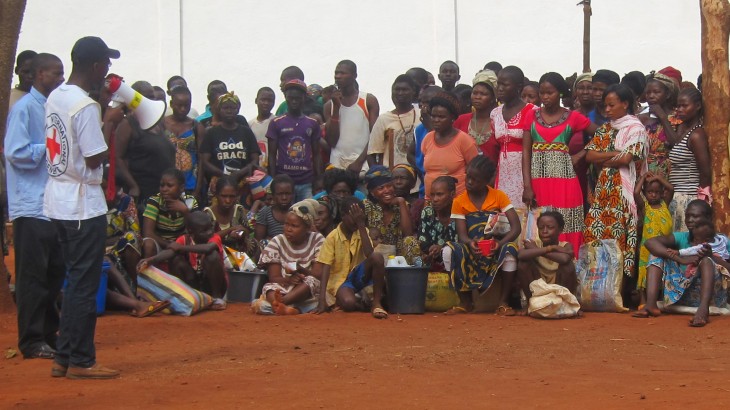 Violence has been on the rise again in the capital Bangui in recent weeks, with reports of armed robberies and abductions in neighbourhoods in the north of the city. As a result, humanitarian workers have been forced to restrict their movements, which could hinder relief operations and have a detrimental impact on communities that depend on humanitarian aid.

Meanwhile, in other towns and villages, crime is rife and civilians continue to bear the brunt of violence at the hands of armed groups. On 27 January, for instance, tensions arising from the presence of armed men spilled over into clashes in several villages between Kaga Bandoro and Botto. Many people fled towards Kaga Bandoro in search of safety.

Most of the inhabitants of M'brès, a village 90 kilometres south-east of Kaga Bandoro, were also driven from their homes in December because of fighting between armed groups. The town of Bambari has also been the scene of violence since the end of 2014. As is all too often the case, civilians have been targeted in acts of reprisal by armed men, their property looted and their homes burnt down.

In Botobadjia, Ndassima and other villages in the vicinity of Bambari, many people have been wounded and several killed in clashes between armed groups. Thousands of people trying to travel home at the beginning of January were forced to return to makeshift camps or to take refuge again in the bush. 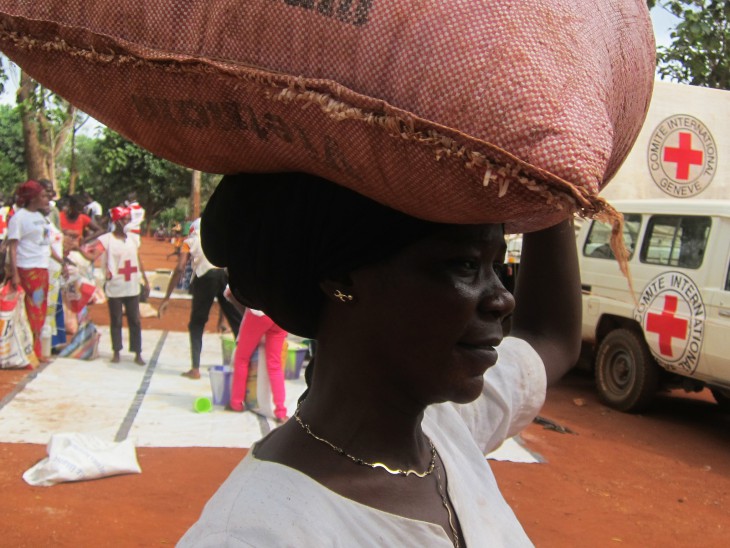 The situation in towns and villages in the interior also poses serious humanitarian concerns. In the village of Gbangou, located between Damara and Bouca, 210 kilometres to the north of Bangui, over a thousand people have been hiding out in the bush for weeks because they fear for their safety. More than 200 houses have been burnt down by armed men.

"We continue to remind all the parties to the conflict and all weapon-bearers that they may not attack civilians and must spare all those who are no longer in a position to fight," said Jean-François Sangsue, head of the International Committee of the Red Cross (ICRC) delegation in the country.

Between 17 November 2014 and 25 January 2015, together with volunteers from the Central African Red Cross, the ICRC:

Fabrice was reunited with his parents on 10 January 2015 thanks to the efforts of the Central African Red Cross and the ICRC.