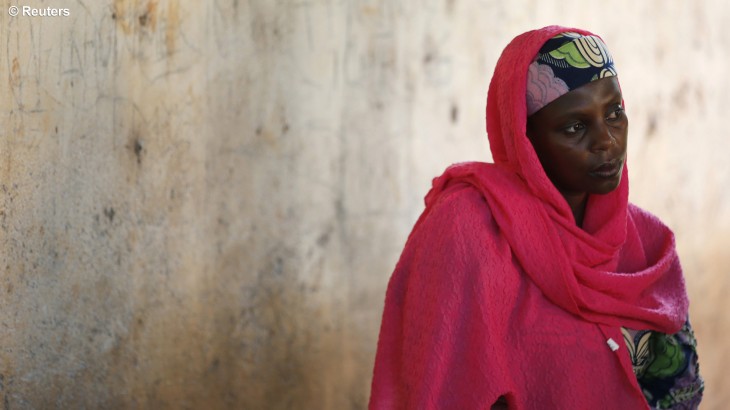 Tensions have been running high since 7 October in the capital Bangui, spilling over into violent clashes. Jean-François Sangsue, head of the ICRC delegation in Bangui, gives us an update on the humanitarian situation in the country and the obstacles and security concerns facing the ICRC and the Central African Red Cross teams on the ground.

What is the current situation in Bangui?

After several days of violence, the security situation on the streets is highly volatile. Against a backdrop of political wrangling, Bangui is caught up in a spiral of violence and anarchy. The tension is palpable and rumours are spreading like wildfire. For the past week, many residents have had to move around on foot to carry out their everyday business because roads have been blocked by armed men or barricades. We don’t have exact figures but we know that several thousand people have fled their homes and sought refuge in an area to the south of the city where it is thought to be safer. There have also been clashes in Dekoa, in the east of the country, and in Bouar, in the west.

What difficulties have you been facing in recent days?

Central African Red Cross staff have been set upon during the most recent wave of violence. This has prevented them from moving round the city, collecting dead bodies and taking the wounded to hospital. And they are not the only ones: all those trying to help the victims of the conflict, such as medical and humanitarian workers, are in a similar position. But the difficulties and security threats in certain neighbourhoods have not dampened our determination to come to the aid of all those in need, whether it is wounded people in need of surgery or displaced people in need of water. Since Monday, our surgical team has been back operating on the wounded in Bangui community hospital. We need to build people’s confidence in the Red Cross. Through bilateral meetings, text message campaigns and radio programmes we are calling upon the general public and weapons bearers to grant Red Cross teams safe passage to carry out their work. We have a key role to play: to protect the lives and dignity of all those caught up in the violence, regardless of their nationality or religious or political affiliation. Our sole aim is to alleviate people’s suffering where it is most acute. 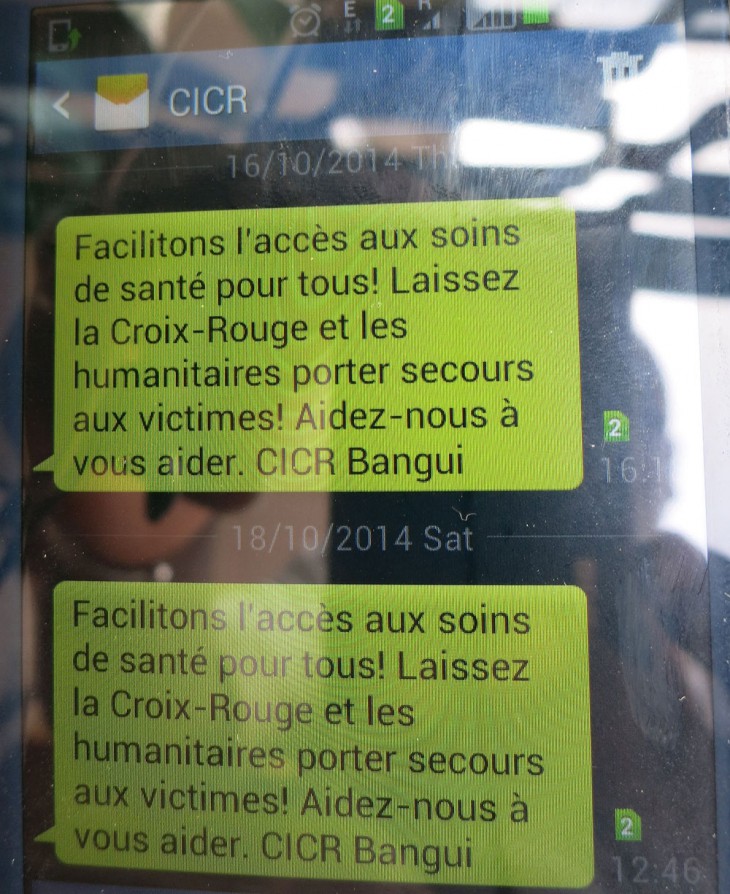 What have you been able to achieve despite these obstacles?

Since the start of the latest outbreak of violence on 7 October, at least 37 wounded people have been treated at Bangui community hospital, as well as 28 other patients. Our hydraulic engineers working remotely have overseen the construction of a 70,000-litre reservoir, now connected to the municipal water network, to supply the displaced people living in camps in Mpoko. Our engineers are also carrying out maintenance work on the network to make sure the water supply doesn’t break down during the crisis. Elsewhere in the country, humanitarian relief efforts are ongoing. In Kaga Bandoro, 30 wounded people have been admitted to hospital since 10 October, 16 of whom were transferred by the ICRC from Dekoa on 12 October to be treated by our staff there. And in Ndélé and Bambari, it is business as usual for our ICRC teams.