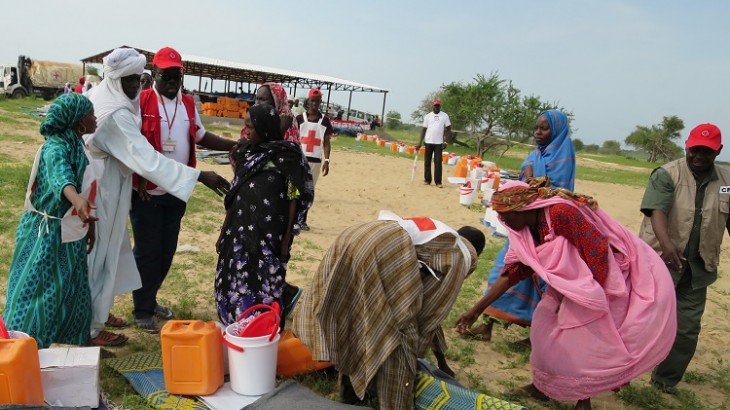 In September 2015, in cooperation with the Chadian Red Cross, the ICRC had already distributed essential household items to displaced families near Baga Sola.

N'Djamena (ICRC) – Some 5,300 families in the areas of Liwa and Baga Sola will receive seed, farming equipment and essential household items as part of the International Committee of the Red Cross (ICRC) aid distributions starting today. This emergency relief is intended to make displaced people and host communities more autonomous and resilient in order to cope with the hardship inflicted by the conflict ravaging the Lake Chad region.

"We are very worried about the situation in this region," said John Karongo, head of the ICRC's economic security activities in Chad. "People left everything behind them when they fled, and the current humanitarian efforts are not up to the task of meeting their needs." The influx of displaced people is also a burden on the host communities, whose generosity is being sorely tried. On top of that, security concerns restrict people's movements and access to traditional livelihoods.

Distributions of seed (maize, millet, beans, okra and sorrel), farming equipment and, for the most needy, essential household items (particularly kitchen utensils, blankets, sleeping mats and tarpaulins) should kick-start farming production and improve the economic situation of 5,300 households (displaced and resident alike). Food will also be handed out, to tide the families over during the lean period until the first harvest.

This relief operation for the Liwa and Baga Sola communities is part of the ICRC's wider efforts to step up its humanitarian response to the conflict affecting all four countries surrounding Lake Chad (Nigeria, Niger, Cameroon and Chad).